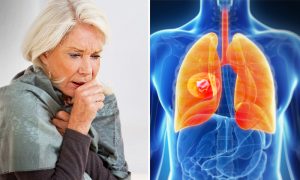 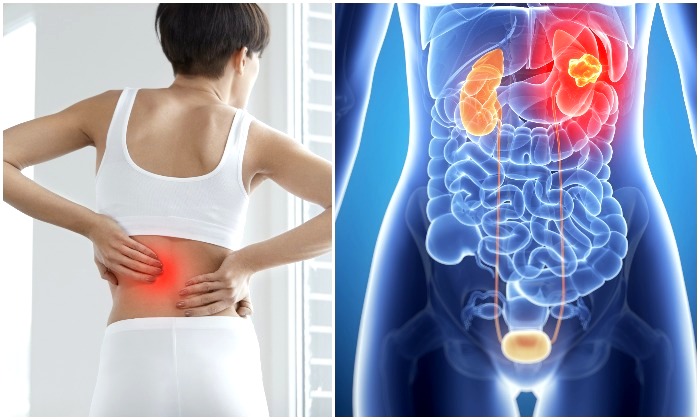 9 Warning Signs of Kidney Cancer Not To Ignore–Do You Feel Shooting Pains in Your Lower Back?

Kidney cancer begins in the kidneys—very important organs in the body. Each person has two bean-shaped kidneys on either side, inside the body, located behind the liver and stomach. The most important function of the kidneys is to produce urine, which is how the body removes liquid waste out of the body. Also, kidneys play a role in controlling blood pressure and stimulating the bone marrow to make red blood cells.

Most new cases of kidney cancer are in older people, with an average age of 64 at the time of diagnosis. Smoking is the most prominent risk factor in kidney cancer. Other risk factors include: obesity, high blood pressure, and exposure to a chemical called trichloroethylene, which is used to remove grease from metal.

The good news is that when kidney cancer is caught early, it is easier to treat successfully. However, tumors can grow to be quite large before they can be detected. So, to help you in early detection, we have compiled 9 kidney cancer symptoms to watch for:

1. Blood in the Urine

Hematuria, or blood in the urine, is a common symptom of kidney cancer, being reported in nearly half of all people diagnosed with kidney cancer. If you notice that your urine is pink, red, or cola-colored (a result of the presence of red blood cells), schedule an appointment with your doctor for an examination.

Pain in the lower back or flank (the side of the back) can vary from a subtle ache to a sharper, stabbing sensation. Many people actually don’t experience lower back/flank pain until kidney cancer is in its later stages, so if you have this symptom, be sure to consult with your doctor as soon as possible.

Anemia is one of the most common symptoms of kidney cancer, being reported by roughly 20 to 40 percent of those who are diagnosed. Anemia is defined as having a lower number of red blood cells than normal. The kidneys produces a protein called erythropoietin which is responsible for stimulating the bone marrow to produce red blood cells. Kidney cancer can cause a decrease in the production of this protein resulting in a lower red blood cell count.

4. Lump in the Abdominal region

Just as lumps can be felt when someone has breast cancer, you can sometimes feel a lump or swelling in the kidney area as tumors grow larger. Most kidney cancers are too small for you or your doctor to feel, so you can arrange an ultrasound scan to check for tumors.

5. Recurrent Fever (not caused by a cold or flu)

A fever is a fairly common symptom of kidney cancer, occurring in nearly a third of people who are diagnosed. Rather than happening once in a while, a recurrent fever caused by kidney cancer comes and goes quite frequently without any obvious signs of infection. While this is commonly seen in kidney cancer patients, it is not known as an outstanding symptom of the disease. It is explained that tumors produce harmful toxins which result in fever symptoms.

The most common type of high blood pressure symptom in kidney cancer patients is called renal hypertension, where kidney arteries narrow and restrict blood flow. This blood flow decrease causes the kidneys react in the same way they would for dehydration: by releasing higher levels of hormones that stimulate water and  sodium retention. In turn, this fluid increase in the blood vessels results in higher blood pressure.

7. Swelling of Ankles or Legs

In some cases, people with kidney cancer may experience swelling in the ankles or legs. This condition, called edema, is caused by an abnormal buildup of fluid in the ankles or legs, which occurs under the skin, in the tissues that are outside of the circulatory system.

One of the primary functions of the kidneys is to regulate fluid balance. When kidney cancer is present however, tumors cause this process to either malfunction or stop working completely, resulting in fluid retention and swelling in the ankles and legs.

This is actually a symptom in most cancer types also. This weight loss is often due to a loss of appetite or a changes in the immune system or metabolism. If you have lost a lot of weight unintentionally or unexpectedly, you should check with your doctor to find out what the cause is.

As explained previously, kidney cancer can cause anemia. When your red blood cell levels are lower, less oxygen will be supplied to the body, which makes you feel tired. Fatigue from cancer, unlike ordinary fatigue, can neither be improved with a good night’s sleep nor with a strong cup of coffee, and it usually worsens with time.

Kidney cancer is a quieter form of the disease in its early stages. Many cases are found almost accidentally, when you are scanning for a different health issue. If any of the above warning signs appear, you should schedule an appointment with your doctor immediately for an examination.