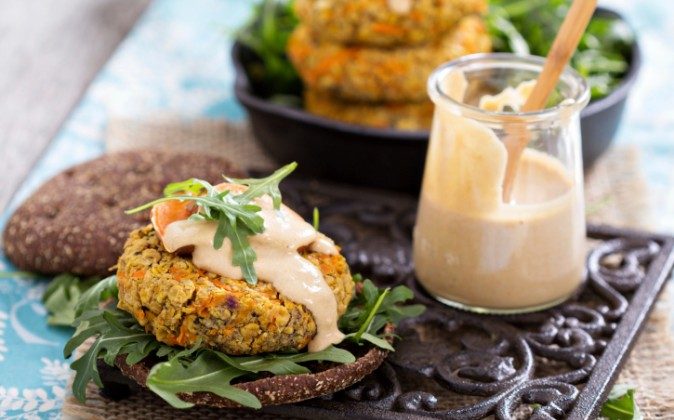 9 Other Reasons to Eat More Fiber

Even your great-grandmother knew fiber was the secret to keeping you “regular.”  But fiber has many other surprisingly powerful health benefits. Here are nine other excellent reasons to bulk up on fiber.

Even your great-grandmother knew fiber was the secret to keeping you “regular.”  And science has proved it time and again.  Studies show fiber can help improve constipation, incontinence, and even bleeding hemorrhoids.  So no news there.

But fiber has many other surprisingly powerful health benefits you may not have suspected.  Whether you get yours as grains, seeds, nuts, fruits, vegetables or even bamboo shoots, here are nine other excellent reasons to bulk up on fiber.

The more fiber you get from grains, fruits, and vegetables, the lower your risk of coronary heart disease according to a meta-analysis published in the journal Clinical Nutrition.

Researchers from China reviewed 18 studies involving more than 670,000 people. Those eating the most fiber reduced their risk of any kind of coronary heart event by seven percent compared to those who ate the least. Even more impressive, however, was the fact that their fiber intake was linked to a 17 percent drop in mortality risk.

You need both soluble and insoluble fiber.

Fiber may also prevent heart attacks.  In a Harvard School of Public Health cohort study published in JAMA researchers reviewed fiber intake from 43,757 US male health professionals.  Over six years men who ate about 29 grams of fiber per day reduced their heart attack risk by 41 percent compared to men who only ate 12.4 grams per day.  They also decreased their risk of fatal coronary disease by 55 percent.

Other studies show that men eating the most fiber from cereal grains lowered their risk of peripheral artery disease by almost 40 percent.  And fiber from fruit pectin can prevent blockage in the carotid artery.

A double-blind placebo controlled study of 110 people in New Orleans with high blood pressure concluded that a diet rich in fiber can help lower blood pressure.  Participants were given eight grams per day of water-soluble fiber from oat bran or a placebo. Over 12 weeks their systolic blood pressure was lowered an average of 2.0 mmHg and diastolic pressure by an average of 1.0 mmHg.

Insoluble fiber is also effective to lower blood pressure according to a prospective study published in the British Journal of Nutrition. Data from 2,195 people revealed that for every extra four to six grams of insoluble fiber eaten, systolic pressure dropped 1.81 mmHg.

Just 2 Teaspoons of This Fiber May Help Lower Cholesterol

And a study in the journal Nutrition and Cancer found that people eating the most fiber from fruits and vegetables (13.2 grams per day) had a 53 percent lower risk of Barrett’s compared to those who ate the least (3.2 grams).

A large, prospective study found that individuals consuming the most dietary fiber from fruit and cereals have reduced risks colorectal and colon cancer.  A high fiber diet was also found to reduce the recurrence of colorectal cancer by 35 percent.

Fiber has also been linked to a 29 to 46 percent reduction in risk of endometrial cancer for women eating the most fruit, vegetable and cereal fiber compared to those eating the least.

And a meta-analysis of seven studies by Shanghai researchers found that eating more fiber, especially from vegetables and legumes, was linked to a 16 percent reduction in the risk of renal cell carcinoma.

A meta-analysis published in the American Journal of Epidemiology found that people who ate the most fiber (especially from grains and vegetables) had a 23 percent lower risk of dying compared to those eating the least fiber.  And for every additional 10 grams per day of fiber, risk dropped by 11 percent.

A study from Taiwan found that people eating the least fiber-rich foods more than doubled their risk of diabetes. And high fiber intakes have been shown to reduce metabolic syndrome (a risk factor for diabetes) by 59 percent in a group of kidney transplant patients.

One way fiber works is by slowing down blood sugar spikes.  In one randomized, controlled study of 12 type 2 diabetics adding oat bran to meals significantly lowered the blood sugar response.  And a Norwegian study showed that supplementing with 20 grams of dietary fiber reduced blood sugar spikes and crashes.

Using data from 111,580 people in the Nurses’ Health Study and Health Professionals Follow-up Study, researchers studied the link between dietary fiber and chronic obstructive pulmonary disease (COPD).  They found people eating the most fiber (especially from cereals) had a 33 percent lower risk of developing COPD.

Some scientists believe diverticular disease is caused by a fiber deficiency.

And adding fiber to the diet can relieve symptoms of diverticular disease. In a study published in the British Medical Journal doctors treated 40 diverticular patients with 24 grams of wheat bran per day.  At the end of six months, 33 patients showed a very satisfactory clinical response with 60 percent of all symptoms abolished, and a further 28% of symptoms relieved.

The typical American diet includes only about 14 grams of fiber per day compared to recommendations of 20, 30 or even 50 grams.

You need both soluble and insoluble fiber.

Soluble fiber draws fluid into your digestive tract.  It forms a gel that slows down your digestion so you feel full longer and your body has time to extract vitamins and minerals.  Good sources are flax, hemp, and chia seeds as well as the fleshy parts of apples and pears.  Many vegetables as well as legumes and beans have both soluble and insoluble fiber.

Insoluble fiber doesn’t break down in your gut and adds bulk to your stool making bowel movements easier.