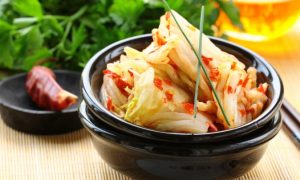 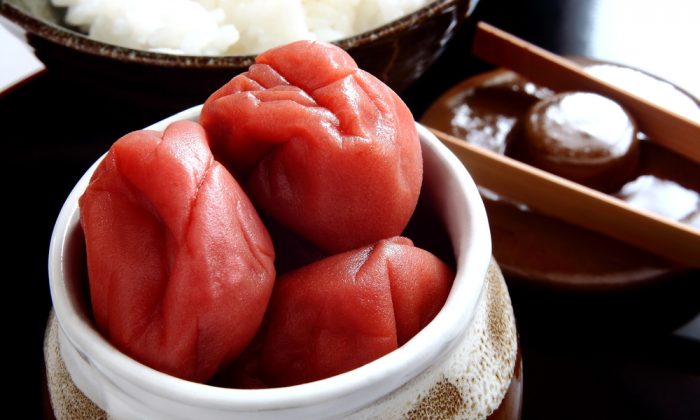 A diet high in acidic foods, as is prevalent in North America with so many meals consisting of refined sugars and red meat, is at the core of many symptoms such as fatigue, digestive imbalances, emotional imbalances, and anxiety.

In fact, an overly acidic diet can cause inflammation, which is the gateway to many other ailments.

Luckily, with a few dietary changes, it is possible to create balance once again. One way to combat this over-acidic tendency is to include foods with alkalinizing effects on the blood, urine, and saliva, such as umeboshi plums.

Umeboshi plums have been used for centuries in Asia, specifically Japan, China, and Korea. The literal Japanese translation is “dried plums,” although some like to categorize them as being more in the apricot family.

They are an amazing alkalinizing food. This is because they contain citric acid. They are created via a lactic fermentation process using Japanese plums, shiso leaves, and sea salt.

The shiso leaves have many medicinal health benefits themselves, and they contribute to the antimicrobial and infection-fighting components of the umeboshi plums. It is important to check that these three things are the only ingredients because mass production and recent demand for this fruit has caused some companies to use artificial dyes and preservatives to keep costs down.

The salty and sour properties of umeboshi plums make them an excellent accompaniment to rice dishes. Traditionally the Japanese put one of these dried plums in the center of rice dishes, thought by some to recreate the Japanese flag, but also to combat bacterial growth in rice, specifically Bacillus cereus.

One popular Japanese dish is called “onigiri,” which is sticky rice wrapped in either nori (seaweed) or on its own with the umeboshi plum in the center.

Umeboshi plums have also been called salty plums; they are very high in sodium, so although one plum a day can be quite beneficial for the many reasons listed above, it is definitely not recommended to finish a jar in one sitting.

Umeboshi plums are often enjoyed with green tea (frequently added right into the tea), as the opposing flavors juxtapose each other favorably.

They can also be used as a salt substitute when cooking, or to just add a nice flavor when preparing any grains or vegetables. It is a great idea to add one to a dish being cooked to combat blandness. Eating one on its own first thing in the morning before breakfast stimulates digestion for the day.

9 Reasons to Drink Lemon Water in the Morning

Umeboshi plums are said to have been used by samurai to keep up their stamina, stave off fatigue, help heal between battles, and were a staple in their daily diets. They are great to have on hand the morning after a party, or after lengthy travel to avoid the nausea and exhaustion that can accompany these events.

Yvonne Voulgaris Smythe is a natural nutritional clinical practitioner. This article was originally published on NaturallySavvy.com.