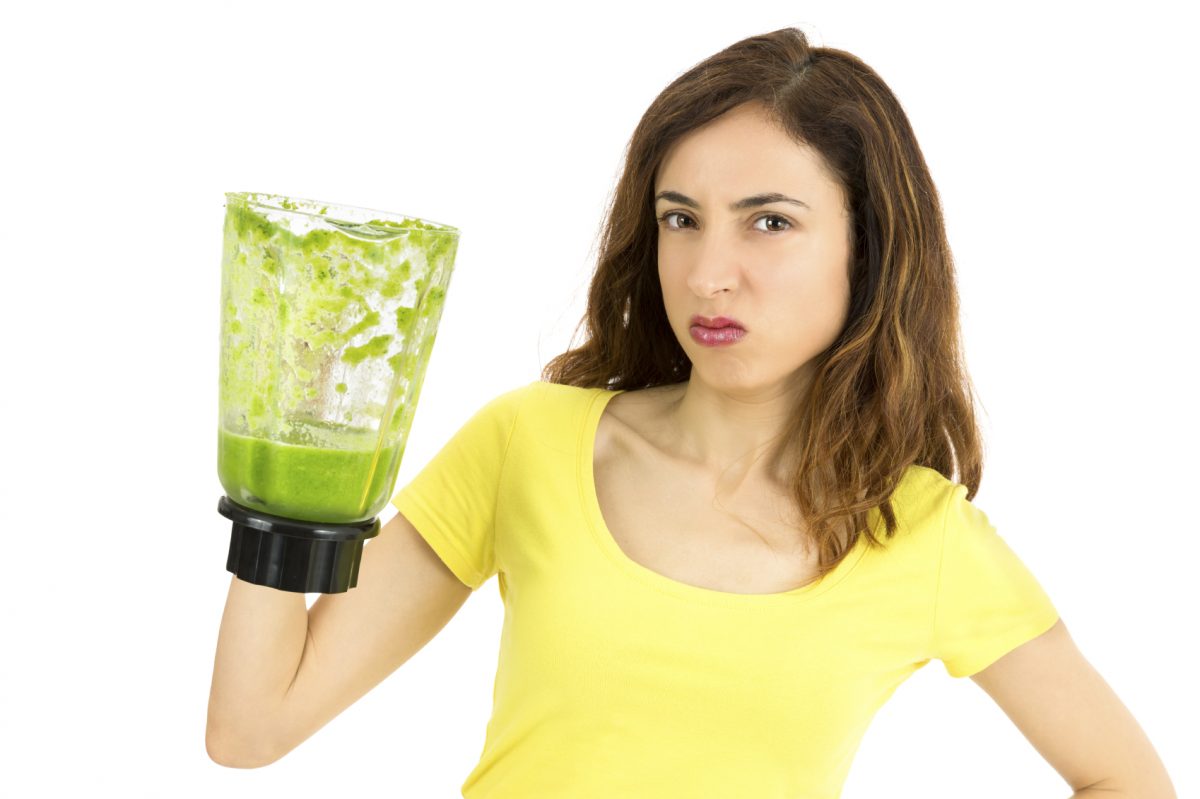 There are many super healthy foods out there.

However, it’s important to keep in mind that moreis not always better.

Some foods can be good for you in moderation, but seriously harmful in large amounts.

Here are 8 incredibly healthy foods that can harm you if you eat too much of them.

Omega-3 fatty acids are essential for our health.

They fight inflammation in the body, play an important role in brain development and reduce the risk of heart disease, to name a few.

Since most diets are low in omega-3, supplements have been gaining popularity.

The most common supplements include omega-3 capsules produced from fish, fish liver and algae.

However, too much omega-3 may be harmful. The usual dose ranges from 1–6 grams per day, but taking as much as 13–14 grams per day may have blood-thinning effects in healthy individuals.

This may be risk, especially for people who are prone to bleeding or are taking blood-thinning medications.

Furthermore, taking high amounts of fish liver oil may result in excessive vitamin A intake, which may cause vitamin A toxicity. This is of particular concern for children and pregnant women.

Bottom Line: Omega-3 fatty acids are essential for good health. However, excess omega-3 may have blood-thinning effects. Fish oil is also very high in vitamin A, which can be dangerous in large amounts.

2. Tuna (Both Fresh and Canned)

Tuna is a fatty fish that is usually considered to be very healthy. It is a good source of omega-3 fatty acids and is very high in protein.

However, tuna may also contain high levels of an environmental pollutant called methylmercury.

At higher levels, methylmercury is a neurological toxin that may cause many adverse health effects. These include developmental delays in children, vision problems, lack of coordination and impaired hearing and speech.

Large tuna fish contain the most mercury, since it builds up in their tissues over time. These big tunas are very likely to be served to you as premium fish steaks or used in sushi.

Smaller tunas contain lower amounts of mercury, and are more likely to be canned.

There are two main types of canned tuna, and their mercury content differs:

The upper safety limit of methylmercury for humans is 0.1 micrograms per kilogram of body weight.

This means that a 25 kg (55 lb) child could only eat one 75 g (2.6 oz) serving of canned, white tuna every 19 days. Any more than this would exceed the recommended upper limit.

Pregnant women and children are advised to limit their intake of seafood containing mercury to no more than two times per week.

There are several other types of fish that are also rich in omega-3 fatty acids, but less likely to be contaminated with mercury. These include salmon, mackerel, sardines and trout.

Bottom Line: Tuna contains many important nutrients. However, it may also be contaminated with methylmercury due to pollution of the oceans.

Cinnamon is a delicious, widely-used spice that may have some medicinal properties.

It is high in antioxidants and has been shown to fight inflammation and lower blood sugar levels. Eating cinnamon has also been linked to a reduced risk of heart disease, diabetes, cancer and neurodegenerative diseases.

However, cinnamon contains high amounts of a compound called coumarin, which may be harmful in large doses.

There are two main types of cinnamon, with different amounts of coumarin:

The tolerable daily intake of coumarin is 0.1 mg per kg of body weight. Consuming much more than that may cause liver toxicity and cancer.

Based on the tolerable daily intake, it is not recommended to consume more than 0.5–2 grams of Cassia cinnamon each day. However, you can eat up to 5 grams (1 teaspoon) of Ceylon cinnamon per day.

Eating more than that is fine occasionally, such as if a certain recipe calls for it. But large amounts should not be eaten too frequently.

Ceylon cinnamon is available in many health food stores, and there is also a broad selection on Amazon.

Bottom Line: Cinnamon is antioxidant-rich and linked to several health benefits. Yet it also contains coumarin, which may be harmful in large doses. Of the two types of cinnamon, Ceylon cinnamon contains less coumarin.

Nutmeg is a spice with a very unique taste. It is often used in Christmas foods like eggnog, cakes and puddings.

Nutmeg contains a compound called myristicin, which is a psychoactive substance.

In lower doses, nutmeg provides flavor to meals without affecting health. But in large doses, nutmeg may cause myristicin poisoning.

Eating more than 10 grams of nutmeg in one sitting is not recommended. Higher doses than that have been shown to cause symptoms of toxicity.

Bottom Line: Nutmeg is used to flavor many foods. In low doses, it does not affect health. However, nutmeg contains myristicin, which can cause poisoning in large doses.

Coffee is a wonderful beverage that is loaded with antioxidants and other active compounds.

It has been linked with numerous health benefits, including a reduced risk of liver diseases, type 2 diabetes and neurodegenerative diseases.

The active ingredient in regular coffee is caffeine, with each cup containing an average of 80–120 mg. A daily intake of 400 mg is generally considered to be safe.

However, consuming more than 500–600 mg per day can be excessive. This may overwhelm the nervous system, causing insomnia, nervousness, irritability, stomach cramps, heart palpitations and muscle tremors.

The amount of caffeine needed to experience these side effects differs widely between individuals.

Some can drink as much coffee as they want, while others experience symptoms with small amounts of caffeine.

Bottom Line: Coffee has been linked to many health benefits. However, too much caffeine may cause adverse effects in some people.

It is very rich in many essential nutrients, such as iron, B12, vitamin A and copper.

However, a 100 gram portion of beef liver contains more than six times the recommended dietary intake (RDI) of vitamin A, and 7 times the RDI of copper.

Vitamin A is a fat soluble vitamin, meaning it is stored in our bodies. Therefore, an excess may cause symptoms of vitamin A toxicity.

These symptoms may include vision problems, bone pain and an increased risk of fractures, nausea and vomiting.

Eating too much copper may cause copper toxicity. This can lead to oxidative stress and neurodegenerative changes, and may increase the risk of Alzheimer’s disease.

Even though liver is incredibly healthy and nutritious, it should not be consumed daily. Eating it once per week is enough.

Bottom Line: Liver contains many essential nutrients. However, it is very rich in vitamin A and copper, which may cause problems in excessive amounts.

Cruciferous vegetables are a family of greens that include broccoli, Brussels sprouts, kale, cabbage and collard greens.

These veggies have been linked with many health benefits, such as a reduced risk of cancer and heart disease.

However, compounds in these vegetables called thiocyanates can interfere with the body’s ability to absorb iodine. This may contribute to a condition called hypothyroidism.

Although cruciferous vegetables like broccoli are very healthy, adding high amounts to smoothies or green juices can contribute to a massive intake of these compounds.

People who are sensitive to thyroid problems should avoid consuming these veggies in very large amounts.

Bottom Line: Cruciferous vegetables are healthy and nutritious. However, they contain thiocyanates, which can block iodine absorption. People with thyroid problems should not eat very large amounts of these veggies.

Brazil nuts are among the best dietary sources of selenium.

Selenium is an essential trace element, but can be toxic in high amounts.

One large Brazil nut may contain up to 95 micrograms of selenium. This is more than the recommended daily amount for adults, and more than three times the amount required by children.

Eating only 4–5 Brazil nuts may leave an adult at the upper limit of safe selenium intake, so it is not recommended that you eat more than that.

Symptoms of selenium toxicity include loss of hair and nails, digestive issues and memory difficulties.

Bottom Line: Brazil nuts contain selenium, which is an essential trace element. However, selenium is toxic in high amounts. Therefore, only a few Brazil nuts should be eaten each day.

The foods on this list are all incredibly healthy.

However, just because something is healthy in small amounts, it does not mean that large amounts are even healthier.

When it comes to nutrition, more is not always better. 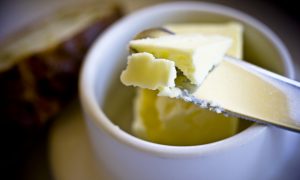 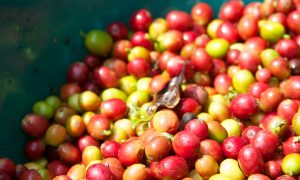 Life & TraditionBy Adda Bjarnadottir
The Dark Side of Coffee: An Unequal Social and Environmental Exchange
09-16-2015
sharecomments