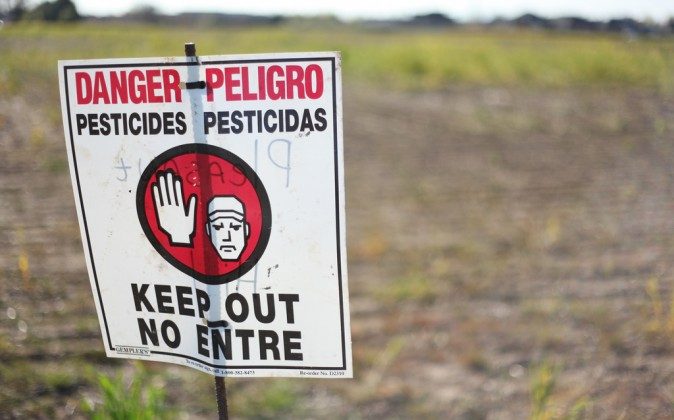 7 Ways GMOs are Destroying Humanity and the Planet

No matter what personal views you might have on genetically-modified organisms (GMOs), these relatively new biological creations are wreaking havoc on both the environment and human health, as thoroughly demonstrated in the scientific literature. And here are seven concrete examples of why:

1) GMOs lead to superbugs and superweeds. There is no denying the massive ecological changes that occur as a result of GMOs and their respective growing chemicals. Farmers all across North America now face a steadily increasing onslaught of “superweeds” and “superpests” that have spawned as a direct result of biotechnology.

Among 13 major pests examined as part of a 2011 study published in the journal Environmental Sciences Europe, five of them were found to be completely immune to the poisons genetically implanted into Bt corn and cotton, for instance. And more recently, Brazilian farmers have reported that GMO corn is no longer resistant to pests.

According to the latest data, honeybees, which are responsible for roughly 80 percent of the pollinating duties, are dying off at a rate of 30 percent per year. Neonicotinoids and other pesticides leave residues on crops, which are then picked up by pollinators, destroying their insides and causing them to eventually die. German professor Hans-Hinrich Kaatz told SPIEGEL ONLINE that GMO crop chemicals appears to alter bees’ intestines, making them highly susceptible to parasites and infections.

3) GMOs allow corporations to control life. With natural seeds, farmers are free to save and reuse them year after year in self-sufficiency. But GMOs require seeds to be repurchased year after year, placing control of food and life into the hands of a select few transnational corporations, who, since they maintain an oligopoly, can charge high prices and keep farmers in their servitude.

4) GMOs cross-contaminate natural crops. If GMOs could exist in their own private, agrarian bubbles, their threat to humanity might be containable. But because they grow in the open air alongside other natural and organic crops that require pollination, the threat of cross-contamination is almost certain, which means the entire global food supply stands to eventually become contaminated.

5) Accidentally growing GMOs is a crime. Believe it or not, biotech corporations like Monsanto have actually sued non-GMO farmers whose crops were damaged as a result of genetic drift. This is because GMOs are patented intellectual property, meaning they can’t be grown without permission and payment.

6) GMOs place an unmanageable burden of debt on farmers. Farmers are typically lured into growing GMOs based on empty promises of increased yields and fewer crop losses. But when this doesn’t pan out, they become locked into a system of debt that, especially in poorer countries, often leads to total bankruptcy. This is part of the reason why some 1,000 Indian farmers now commit suicide every month, as they are left with no way out but to pay the piper money that they don’t have.

7) GMOs destroy biodiversity, the life-force of our planet. The viability of our planet is dependent upon a rich stock of plant life that is varied, abundant and well-balanced within the confines of a biodiverse ecosystem. But GMOs are the antithesis of all this, perpetuating a system of unsustainable monoculture that breeds soil erosion, mineral loss and, ultimately, death.