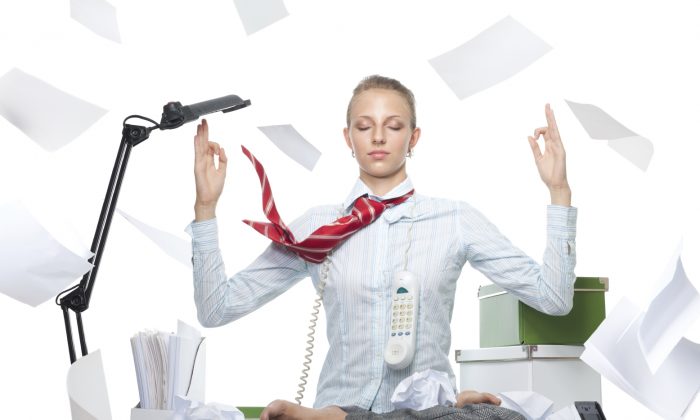 Your emotional health is at the crux of your quality of life. Without happiness, hopefulness and well-being, it’s difficult to reach your full potential and embrace each day as it comes.

Your emotional health is also intricately tied to your physical health, such that an emotionally imbalanced person will be at a greater risk of chronic diseases and acute illnesses like colds and flu.

One study found, for instance, that happiness, optimism, life satisfaction, and other positive psychological attributes are associated with a lower risk of heart disease.

It’s even been scientifically shown that happiness can alter your genes. A team of researchers at UCLA showed that people with a deep sense of happiness and well-being had lower levels of inflammatory gene expression and stronger antiviral and antibody responses.

There is some research to suggest that some people are born naturally happier than others. In one study of nearly 1,000 pairs of adult twins, researchers at the University of Edinburgh suggested that genes account for about 50 percent of the variation in people’s levels of happiness.

The underlying determinant was genetically caused personality traits, such as being sociable, active, stable, hardworking, or conscientious. But this does not at all suggest that you’re born with a certain emotional “personality” and powerless to change it.

Anyone can improve their level of “emotional success,” and your environment and life circumstances also play a role, as there are many other indicators of emotional well-being outside of your genes (or your age).

In many ways, your level of emotional success is based on your own choices and attitudes. While some people are able to roll with the punches, others get easily sidelined by challenges along the way.

In order to “toughen up” emotionally, such that you’re able to live your life feeling naturally strong and confident in your choices (and in yourself), try some of these 7 habits of emotionally successful people.

Rather than sitting back and letting life happen to you, take control and decide to make things happen for you. Become the ruler of your own destiny, so to speak, and take calculated steps to achieve your goals and desires.

Life is likely to throw you a few curveballs. When that happens, will they throw you off course or will you be able to pivot when you need to? Being flexible means you have an open mind and will adjust to whatever life throws your way.

3. Learn from Your Mistakes

Mistakes often offer valuable lessons that you can use to improve yourself in the future. Treat them as tools for improvement rather than letting them define you.

Students who set goals earn twice as much money as those who do not. Further, those who set clear, written goals were earning 10 times as much. Setting and writing out your goals helps you to have a clear direction and plan for achieving your dreams.

Strength comes from within, so learning to accept yourself is crucial to being happy. Resist the urge to look for acceptance from others. Once you’re comfortable and strong in your own sense of self, relationships and success come naturally.

6. Keep Your Stress in Check

If you’re under stress, it’s harder to control your emotions. Figure out what works for you to keep your stress levels under control (exercise, talking with a friend, alone time, etc.), and be sure to engage in it regularly.

Stressing and fretting over circumstances you can’t control or which don’t really matter in the big picture will drain your mental reserves and wear you down. Resist the urge to become a control freak and instead let go of the little inconveniences, upsets, and disappointments that come along the way.

Choosing to Be Happy

What you’ll notice about the habits above is that these are primarily choices you can make for yourself. It’s thought that genetics account for about 50 percent of your “innate” happiness while life circumstances make up another 10. The rest is under your control, and the first step to harnessing it is to choose it and believe you can be happy.

Research shows, for instance, that when people were told to attempt to feel happier when listing to music, they were (as opposed to those who were told to simply relax). It was the intention to become happier that made a difference.

It might help to consider your emotions as a form of energy. According to Dr. Bradley Nelson, when you feel an emotion, what you’re really sensing is the vibration of a particular energy. Each emotion has its own vibratory signature, and when intense emotions are felt, they can become trapped in your body, much like a ball of energy.

These “balls of energy” can become lodged just about anywhere in your body, where they can then cause disruptions in your body’s energy system, which underlies your physical system much like an invisible matrix.

Your body cannot tell the difference between an actual experience that triggers an emotional response and an emotion fabricated through thought process alone—such as when worrying about something negative that might occur but has not actually happened, or conversely, thinking about something positive and pleasant.

The latter, of course, will help your body to express many of the health benefits associated with happiness, while ruminating or focusing on negativity can literally manifest disease.

The Health Benefits of Happiness

Happiness not only feels good… it’s physically good for your body, too. For instance, past research has found that positive emotions –including being happy, lively and calm — appear to play a role in immune function. One study found that when happy people are exposed to cold and flu viruses, they’re less likely to get sick and, if they do, exhibit fewer symptoms.

The association held true regardless of the participants’ levels of self-esteem, purpose, extraversion, age, education, body mass or pre-study immunity to the virus, leading the lead researcher to say:

“We need to take more seriously the possibility that positive emotional style is a major player in disease risk.”

Further, in a study of nearly 200 heart failure patients, those with higher levels of gratitude had better mood, better sleep, less fatigue, and less inflammation, which can worsen heart failure, than those with lower levels.

What this means is that investing in your own happiness should not be viewed as a self-indulgent luxury. It represents an important piece of the puzzle when it comes to piecing together your overall health.

Your mind can only take so much stress before it breaks down, yet many neglect to tend to their emotional health with the same devotion they give to their physical well-being. This is a surefire recipe for emotional breakdown.

Happiness is associated with a smile, sadness with a frown, but researchers have recently been able to use technology to visualize how your emotions manifest inside your body. Researchers in Finland asked 700 volunteers from Finland, Sweden, and Taiwan to think about one of 14 predetermined emotions, and then paint the areas of a blank silhouette that felt stimulated by that particular emotion.

Using a second blank silhouette, they were asked to paint in the areas that felt “deactivated” during that emotion. (If you want to try this experiment yourself, you can do so here.) The experiment showed that emotions tend to be felt in ways that are generally consistent from one person to the next, irrespective of age, sex or nationality. As reported by The Atlantic:

“The mapping exercise produced what you might expect: an angry hot-head… a depressed figurine that was literally blue (meaning they felt little sensation in their limbs). Almost all of the emotions generated changes in the head area, suggesting smiling, frowning, or skin temperature changes, while feelings like joy and anger saw upticks in the limbs—perhaps because you’re ready to hug, or punch, your interlocutor.

Meanwhile, ‘sensations in the digestive system and around the throat region were mainly found in disgust,’ the authors wrote. It’s worth noting that the bodily sensations weren’t blood flow, heat, or anything else that could be measured objectively—they were based solely on physical twinges subjects said they experienced… [T]he results likely reveal subjective perceptions about the impact of our mental states on the body, a combination of muscle and visceral reactions and nervous system responses that we can’t easily differentiate.”