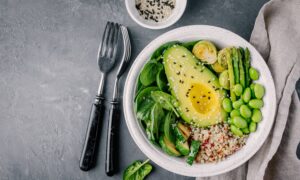 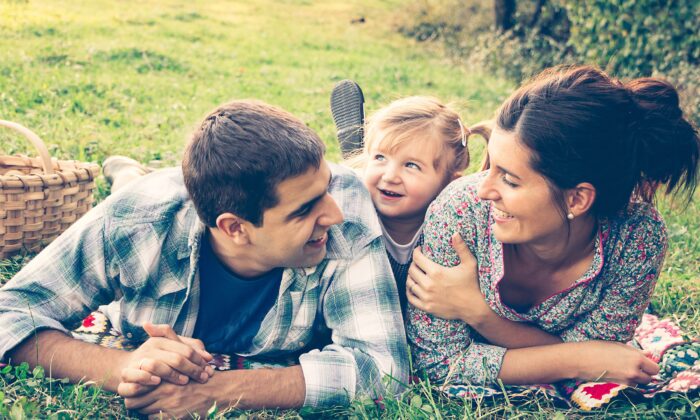 7 Reasons a Small-Town Lifestyle Can Make You Happier

Almost every time my wife, Heather, and I used to go on vacation, we’d spend time during the car or plane ride home going back and forth about how nice it would be to live full-time in the destination we had just visited. By the time we got home, we inevitably talked ourselves out of the idea.

Too hot. Too cold. Too expensive. Too isolated. Too big. Too small. Too … whatever. No matter the destination, we came up with a reason why it wasn’t realistic.

That is, until we visited Traverse City, Michigan.

Despite being Michigan residents and lifelong Midwesterners, Traverse City was hiding in plain sight from us. It’s best known as the “cherry capital” of the United States. While the town swells with hundreds of thousands of tourists during peak summer months, Traverse City’s full-time population is only around 17,000 residents.

Traverse City is located on the shores of Lake Michigan, at the base of two peninsulas that are filled with vineyards and cherry orchards. In my opinion, it’s one of the most beautiful places on earth, with endless white sandy beaches, lush fields, towering forests, and sparkling blue lakes all around.

Our first visit to Traverse City as a couple was after our first daughter was born. It was a revelation. We had never before seriously indulged our small-town fantasy, figuring that it could never really happen. But this time it was different. We had found a place that we could envision as our place.

Good schools. Affordable (or at least more affordable than we were accustomed to) cost of living. A nearby airport for business travel. Culture. Entrepreneurial vibe. Easy access to the outdoors. Family-friendly environment. As we explored Traverse City that weekend, we started checking all the boxes for what we were looking for out of a place to live.

The ride home was different after that weekend. Heather’s time in the car spent looking at houses on Zillow was more purposeful. The possibility of picking up and starting over someplace new felt real. We arrived home excited about the prospect of a fresh start.

And that’s when things got hard. You see, our small-town fantasy had always been an indulgence. Flirting with a life in a new place had merely been a form of escapism for when life became monotonous. By never seriously considering a move to a small town to be a real option, we could focus only on the upside benefits and never the downside consequences of such a move.

Then Traverse City called our bluff.

It was time for us to start getting real about what we wanted out of our lives and, more particularly, where we wanted it. Were we going to take the leap of faith we always told ourselves we would if we found the right place, or would we remain in the safety of the suburbs?

Ultimately we made the move. And we’ve never looked back.

We’ve all seen the statistics and heard the anecdotes: Across the country, there is an exodus of people from big cities to smaller towns. COVID-19 has been a big catalyst of the urban-to-rural migration, but it was happening at a rapid pace even before the pandemic.

U.S. census figures show that since 2014, an average of about 30,000 residents between 25 and 39 have left big cities annually. In this sense, as in many other ways, COVID-19 has been more of an accelerant of an existing trend rather than a change agent.

With the benefit of five years of hindsight, it’s no surprise to us that more people are seeking the simplicity of a small-town lifestyle. It’s not for everyone—many people can’t imagine leaving the big city for what they perceive to be a painfully boring existence “in the sticks.”

For others, it may not be the right season in life to make a big move to a small town. But for us, and apparently we’re not alone, small-town life offers everything we need to lead a happy life.

In his book “Happier,” Harvard lecturer Tal Ben-Shahar defines the “arrival fallacy,” which is a corollary to the concept of hedonic adaptation. He describes the arrival fallacy as: “The false belief that reaching a valued destination can sustain happiness.”

I’ve certainly fallen victim to the arrival fallacy in my previous life. I have felt at first elated, then almost immediately letdown, following job promotions, raises, and new car or home purchases. I wanted these things so badly, but the reality of obtaining them was far different than my expectations.

Ambition isn’t a bad thing. In fact, it’s a very good thing. If humans didn’t want for more then we’d still be living in caves, without access to basic, modern human necessities such as electricity and clean water, nor marvels of human potential, like great works of art, architecture, and music.

Problems arise when we allow the unending pursuit of growth and acquisition to inhibit our pursuit of happiness. Both ambitions—for happiness and for growth—can coexist, but only in balance. Growth can crowd out a happy life if you’re not careful.

I would, of course, never presume to suggest that I know what makes you, or anyone else, happy. We all have distinct visions, preferences, and desires for our lives. But years of scientific research suggests that certain things make most of us happy. In particular, happiness isn’t derived from attaining outward signals of success (bigger and better in order to “keep up with the Joneses”), but rather seeking satisfaction from new and novel experiences in pursuit of a life well-lived. And that’s where small towns come in.

I’ve lived in big cities and suburbs, and now reside in a small town. At least for me, my small town has enabled and empowered me to be happier than I’ve ever been. I attribute this mostly to the simplicity of the small-town lifestyle. There are fewer bright and shiny distractions in a small town, which allows for more space and time to focus on what matters.

Here are seven reasons why life in a small town has made us happier—and perhaps it will make you happier, too.

Simple everyday moments. Appreciating life’s small moments, such as a beautiful, sunny day, green shoots sprouting from the ground, and skipping rocks at the beach, teaches you to be more grateful for what you have, rather than always striving for more.

Fewer expenses. Surging real estate prices during COVID-19 have made many small towns less affordable than they were pre-pandemic, but the cost of living in most towns like Traverse City still pales in comparison to that of big cities. For us, one of the biggest differences has been spending far less on entertainment and travel (dining out, weekend getaways, etc.) while opting to spend more time taking in the natural wonders around us.

More time. Because we’ve been able to minimize our lifestyle, we have more time—which is life’s most valuable resource. We now work to live, rather than living to work.

More nature. Researchers in Finland found that spending just 15 minutes a day in nature increases well-being. In a big city, finding solitude in nature can be a chore. In a small town, it’s often right outside your door.

More connection. It seems like a paradox, but in our experience, the greater the density of people, the harder it is to make genuine connections. It’s like the difference between a networking event and a dinner party. Big cities can be lonely places, whereas the intimacy of a small town fosters connection. And research shows that having a small number of tight, meaningful relationships is one of the highest predictors of happiness.

More community spirit. Because of the intimacy of a small town, people tend to be community-minded. If you want to get involved in nonprofit work or community projects, it’s easy. There are lots of parades, festivals, and other gatherings where neighbors join together for celebratory traditions.

Greater focus on experiences over things. Studies have shown that buying an object—a car, handbag, or kitchen gadget—can quickly lead to buyer’s remorse. On the other hand, investing in experiences—a concert, a camping trip, music lessons—leads to greater happiness. Experiences create “happiness residue,” and our perceptions of them often get better over time. It was only after moving to a small town that we came to realize the value of experiences. And now we have more time to indulge in the richness of simple experiences rather than being weighed down by more stuff.

Have you, like us, fantasized about what life would be like in a small town? Life is short, and you only get one shot at it, so don’t let fear stop you from finding the place and crafting the lifestyle that will bring you happiness.

As Seth Godin has said: “Instead of wondering when your next vacation is, maybe you should set up a life you don’t need to escape from.”

Jay Harrington is an author, lawyer-turned-entrepreneur, and runs a northern Michigan-inspired lifestyle brand called Life and Whim.  He lives with his wife and three young girls in a small town and writes about living a purposeful, outdoor-oriented life.