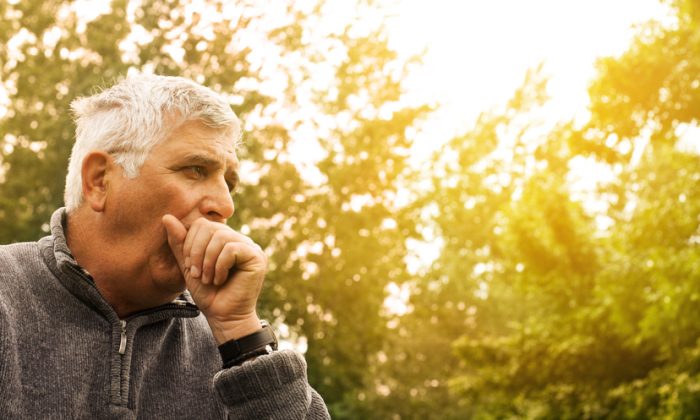 A cough is a symptom, not a disease in and of itself, that’s often indicative of an underlying condition. A cough can accompany a common cold, for instance, or be due to allergies, lung disease, or even gastrointestinal troubles.

Although the causes are varied, the reason you cough is to help your body get rid of foreign material or mucus from your lungs and upper airway passages. It’s one of your body’s protective mechanisms designed to keep you breathing easy. Sometimes, it’s easy to determine why you’re coughing but it can also be a mystery.

By paying attention to the details – the sound of your cough, for instance, along with accompanying symptoms – you can often identify the cause, which is important for getting on the road to recovery. Following are seven common reasons for a cough, and what to do about them.

A cold or allergies can cause mucus to drip down your throat. This postnasal drip can touch on nerve endings, leading to either a wet or dry cough.

If you have postnasal drip accompanied by congestion, pressure in your face, cold symptoms lasting longer than 10 days, and thick green or yellow mucus, you could have a sinus infection. In this case, irrigating your sinuses may help.

In a 2007 study from University of Michigan Health System researchers, saline irrigation was found to decrease nasal congestion more effectively than saline sprays.

To make your own preservative-free saline solution, just add one teaspoon of Himalayan or sea salt to one pint of distilled water. Make sure you use a saline solution that does not contain benzalkonium, a preservative that can impair your nasal function and might sting and burn.

A dry cough coupled with a rattling or wheezing sound is often a sign of asthma. In this condition, your airways become inflamed, leading to wheezing, coughing, and difficulty in breathing. Cough due to asthma typically worsens at night or while exercising. It may be accompanied by chest tightness, shortness of breath, and fatigue.

Breathing Techniques to Improve Your Workout

If you have asthma, I suggest looking into The Buteyko Method, which teaches you how to bring your breathing volume back toward normal or, in other words, to reverse what’s called chronic hyperventilation or chronic overbreathing.

When your breathing is normal, you have better oxygenation of tissues and organs. Optimizing both your gut health and vitamin D levels should also be at the top of your list if you’re suffering from asthma.

After food passes through your esophagus into your stomach, a muscular valve called the lower esophageal sphincter (LES) closes, preventing food or acid to move back up. GERD, also sometimes referred to as acid reflux, occurs when the LES relaxes inappropriately, allowing acid from your stomach to flow (reflux) backward into your esophagus.

GERD may cause a dry, spasmodic cough. In fact, GERD is the second most-common cause of chronic cough. As reported by GI Motility:

“Gastroesophageal reflux… can impact the lung and is a cause of subacute and chronic cough. The esophagus and the lung share common embryonic foregut origins and vagal innervation.”

A GERD-related cough is likely to become worse when you’re lying down or eating. It may be associated with other GERD symptoms, such as heartburn, but in 75 percent of cases, chronic cough is the only symptom.

Conventionally, GERD is thought to be caused by excessive amounts of acid in your stomach, which is why acid-blocking drugs are typically prescribed or recommended. However, GERD is a symptom more commonly related to hiatal hernia and/or Helicobacter pylori (H. pylori) infection

7 Things You Need to Know About Fermented Foods

The problem also typically results from having too little acid in your stomach, which is why drugs like proton pump inhibitors (PPIs) typically just perpetuate the problem and make GERD worse. Ultimately, the answer to heartburn and acid indigestion is to restore your natural gastric balance and function.

Eating large amounts of processed foods and sugars is a surefire way to exacerbate GERD, as it will upset the bacterial balance in your stomach and intestine.

Instead, you’ll want to eat a lot of vegetables and other high-quality, ideally organic, unprocessed foods. Also, eliminate food triggers from your diet. Common culprits here include caffeine, alcohol, and nicotine products. Next, you need to make sure you’re getting enough beneficial bacteria from your diet.

This will help balance your bowel flora, which can help eliminate H. pylori bacteria naturally without resorting to antibiotics. It will also aid in proper digestion and assimilation of your food. Ideally, you’ll want to get your probiotics from fermented foods. If you aren’t eating fermented foods, you most likely will need to supplement with a probiotic on a regular basis.

Another option if you have too little stomach acid is to take a betaine hydrochloric supplement, which is available in health food stores without prescription. You’ll want to take as many as you need to get the slightest burning sensation and then decrease by one capsule. This will help your body to better digest your food and will also help kill H. pylori and normalize your symptoms.

If you’re chronically coughing and hacking up lots of mucus (especially in the morning) your cough may be due to COPD. Typically, the cough will be worst in the morning and ease in severity throughout the day. You may also experience shortness of breath (particularly with physical activity), wheezing, fatigue, and chest tightness.

Smoking is a major cause of COPD, which includes both emphysema and chronic bronchitis. In emphysema, the air sacs in your lungs eventually lose their elasticity and start to worsen. Chronic bronchitis happens when there is a swelling in the linings of your lungs and it constrains your breathing.

Drugs known as ACE inhibitors, which are used to treat high blood pressure, can cause a dry cough in about 20 percent of patients. If you noticed your cough a few weeks after starting this medication, it could be to blame.

One of the primary underlying causes of high blood pressure is related to your body producing too much insulin and leptin in response to a high-carbohydrate (i.e. high sugar) and processed-food diet.

Avoiding processed foods (due to their being high in sugar/fructose, grains, trans fat, and other damaged fats and processed salt) is my number one recommendation if you have high blood pressure. A comprehensive fitness program is another strategy that can improve your blood pressure and heart health without resorting to medications.

Pneumonia starts out as a dry cough but progresses into a wet cough with yellow, green, or red mucus. Your cough may be accompanied by fever, chills, trouble breathing, or pain when coughing or breathing in deeply. Anytime you cough up excess mucus and phlegm, spit it out rather than swallowing it, as swallowing excess mucus can cause irritation to your stomach.

Most people with pneumonia can recover safely at home by drinking lots of fluids and getting rest. However, in severe cases, in the elderly or in young children, pneumonia may require hospitalization to receive fluids, breathing treatments, and oxygen therapy. Pneumonia may be caused by a virus or bacteria. Although antibiotics are sometimes given, they will not be effective for viral pneumonia.

Whooping cough causes a severe cough that ends with a whooping sound as you breath in. In the US, from January 1 to June 16, 2014, there were nearly 10,000 cases of pertussis, or whooping cough, confirmed by the US Centers for Disease Control and Prevention (CDC). This is a 24 percent increase compared to the same time period in 2013. The CDC maintains that the best way to prevent pertussis is to get vaccinated, but this deserves a closer look.

CDC data shows 84 percent of children under the age of 3 have received at least FOUR DTaP shots and yet, despite this high vaccination rate, whooping cough still keeps circulating among both vaccinated and unvaccinated individuals. The vaccine is clearly ineffective, and it’s not just failing to prevent whooping cough in the US. In the UK, researchers similarly revealed that nearly 20 percent of fully vaccinated children still contracted whooping cough.

If you think you have whooping cough, you should seek medical attention right away, especially if it occurs in a young child. However, there are some natural treatments that may help (and certainly won’t hurt).

Coughs May Take More Than Two Weeks to Go Away

A report published in the Annals of Family Medicine revealed that average US adult believes an average cough lasts about seven to nine days. In reality, the average cough lasts close to 18 days. This mismatch between patients’ expectation of how long a cough should last often leads to trips to the doctor… and requests for antibiotics if a cough lingers longer than a week. Mark Ebell, a family physician and associate professor of Public Health at the University of Georgia, told USA Today:

“I frequently see patients who come in and have been sick for four or five days and say ‘boy I really need an antibiotic — I’m just not getting better.'”

In reality, most acute coughs are due to viral illnesses such as colds and flu, which antibiotics don’t help. When physicians prescribe antibiotics for unnecessary conditions, several negative consequences happen. First, the overuse of antibiotics promotes the natural mutation of common bacteria, ultimately resulting in the creation of new, resistant strains. You also have a chance of having an adverse reaction anytime you take an antibiotic, and antibiotics also cause an imbalance in your body’s microbiome. Antibiotics are prescribed unnecessarily more often that you might think.

Part of the CDC’s 2016 budget includes money to develop prescription surveillance programs in each state, as many states currently do not even collect data on antimicrobial resistance. As reported by Reuters:

“More than half of all hospitalized patients will get an antibiotic at some point during their stay, but studies have shown that 30 to 50 percent of antibiotics prescribed in hospitals are unnecessary or incorrect, contributing to antibiotic resistance. Recognizing that much of the misuse of antibiotics occurs outside of hospitals, the White House plan gives doctors who take part in Medicare or Medicaid three years to start reporting their antibiotics prescriptions, with financial incentives and penalties attached.”

Education appears somewhat useful in helping the problem. In one study, when medical practices used printed brochures and posters or computerized guidelines to discourage antibiotic use for coughs, prescription rates declined 12 percent and 13 percent, respectively.

What Works to Soothe a Cough?

Most uncomplicated colds, which often lead to coughs, last between eight and nine days, but about 25 percent last two weeks, and 5-10 percent last three weeks. How quickly your cold is resolved has a lot to do with your general lifestyle habits and the state of your immune system.

More often than not, over-the-counter (OTC) cough and cold remedies will NOT cause a speedier recovery. Honey, particularly in its raw form, is a much better option. The World Health Organization (WHO) lists honey as a demulcent, which is a substance that relieves irritation in your mouth or throat by forming a protective film.

Research shows honey works as well as dextromethorphan, a common ingredient in OTC cough medications, to soothe cough and related sleeping difficulties due to upper respiratory tract infections in children. The Organic Consumers Association has also published this simple honey lemon cough syrup recipe that’s useful to keep on hand if a bothersome cough strikes. (Parents are advised not to give honey to any child under the age of 1 year; infants younger than that are at risk for botulism from honey.)