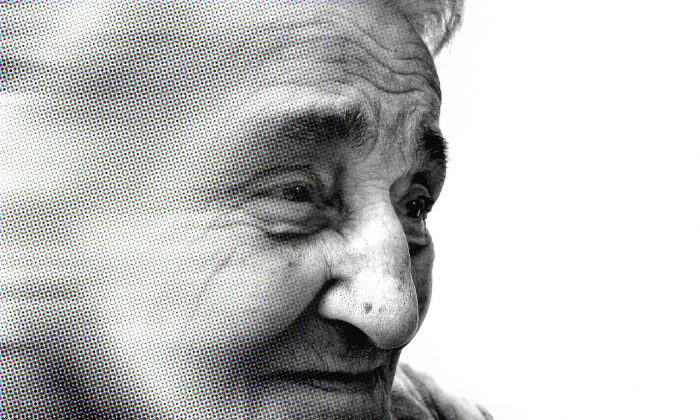 More than 40% of dementia diagnoses have been shown to be wrong.  Here’s what may really be going on.

Imagine this nightmare. For the last few years your mother has had serious memory problems.  She gets lost driving.  She repeats the same question to you over and over again.  She can’t process new information.  She loses her train of thought in mid-sentence.  A CT scan comes back with a diagnosis of early Alzheimer’s disease.  The doctors offer a prescription with little encouragement it will work.

A new program from UCLA and the Buck Institute for Research on Aging offers new hope.  In the first study of its kind, researchers have proved that natural therapies can not only slow the progress of dementia but can actually reverse it.

In a paper titled “Reversal of Cognitive Decline: A novel therapeutic program“ Dr. Dale Bredesen showed how 9 out of the 10 subjects diagnosed with dementia got their minds back.

Dr. Bredesen is a professor of neurology at The Mary S. Easton Center for Alzheimer’s Disease Research at UCLA, as well as a professor at the Buck Institute.  The study was supported by multiple entities including the National Institutes of Health.

The Types of Dementia You Rarely Hear About (Infographic)

Cognitive decline is a major fear as we age. According to the Alzheimer’s Association “dementia is a general term for loss of memory and other mental abilities severe enough to interfere with daily life.” Alzheimer’s disease – just one of many forms of dementia – accounts for 60 to 80 percent of dementia cases.  It affects about 5.4 million Americans and 30 million people around the world. By 2050, it’s expected to grow to 160 million people globally, including 13 million Americans.  There is no effective treatment for Alzheimer’s and it is already the third leading cause of death in the United States.

Nine of the 10 participants showed improvement in their memories within three to six months of starting the program.

Dr. Bredesen believes that multiple factors influence the development of dementia and Alzheimer’s.  In a small study, he and his colleagues designed personalized and comprehensive protocols to reverse memory loss in 10 patients.

The results were remarkable. Nine of the 10 participants showed improvement in their memories within three to six months of starting the program.

Six patients had had to discontinue working or were struggling with their jobs at the time they joined the study.  ALL were able to return to work or continue working with improved performance.

Only one patient, diagnosed with late stage Alzheimer’s, did not improve.

The existing Alzheimer’s drugs affect a single target, but Alzheimer’s disease is more complex. Imagine having a roof with 36 holes in it, and your drug patched one hole very well—the drug may have worked, a single “hole” may have been fixed, but you still have 35 other leaks, and so the underlying process may not be affected much.

Dr. Bredesen’s approach is based on extensive testing of each patient to determine what is affecting the signaling network in his or her brain. The protocol is then personalized for the patient.  A sample protocol for one of his patients in the study included:

Although the downside to the program is the complexity and the number of lifestyle changes required, Dr. Bredesen noted that the only side effect of the protocol was “improved health and an optimal body mass index, a stark contrast to the side effects of many drugs.”

What can you do when faced with a diagnosis of cognitive decline, dementia, or Alzheimer’s disease?

The UCLA protocol recognizes that dementia can have many causes and those causes are often reversible.

The UCLA protocol recognizes that dementia can have many causes and those causes are often reversible.

Sharp Again Naturally (www.sharpagain.org) is a non-profit organization formed in 2012 to educate the public and the medical community about the reversible causes of dementia.

Here are seven areas Sharp Again Naturally suggests you investigate before accepting a dementia or Alzheimer’s diagnosis. These are conditions that may cause memory loss and dementia but can be reversed:

7 Areas to Investigate Before Accepting a Dementia Diagnosis

Here are seven areas Sharp Again Naturally suggests you investigate before accepting a dementia or Alzheimer’s diagnosis. These are conditions that may cause memory loss and dementia but can be reversed:

Deficiencies of omega 3s, vitamin B12, vitamin C, magnesium, selenium, probiotics, and other nutrients frequently cause symptoms of Alzheimer’s and dementia.

Adhering to a balanced Mediterranean-style diet is associated with slower cognitive decline.  It’s also linked to a reduced risk of Alzheimer’s.

Adding coconut oil may rescue a brain from Alzheimer’s.  And turmeric is known to boost working memory in just one dose.

Artificial additives of all kinds may cause dementia symptoms.

Statins are particularly harmful.  In one study from the University of California – San Diego, 90 percent of patients who stopped taking statin drugs reported improvement in cognitive problems in a matter of weeks.  In some of the patients a diagnosis of dementia or Alzheimer’s was reversed.

Another study showed that the sleep drug Ambien increased the risk of dementia in elderly patients.

Inflammation is the body’s attempt to get rid of a toxic element or organism, and so it occurs in many different situations, even root canals and urinary tract infections.

Stress elevates cortisol levels, leading to inflammation, and in turn to hormone imbalances, cognitive impairment, heightened blood sugar levels, hypertension, delayed healing time, and susceptibility to disease. The body’s self healing mechanisms depend on unimpeded flow of lymph, blood, and other fluids, all of which are promoted by exercise. Inactivity, by contrast, allows cellular shutdown and blockages, taxing the whole system and interfering with healing on every level.

One study showed that in patients younger than 65 years-old, 41% of dementia diagnoses were incorrect.  Misdiagnosis occurred most frequently in patients with depression or alcohol abuse.

6. Thyroid and Other Hormonal Imbalances.

Many people diagnosed with Alzheimer’s or dementia simply have low levels of T3 thyroid hormone. However, standard thyroid tests completely miss T3 levels, and Synthroid (T4) doesn’t help. It is estimated that 10 to 15% of all nursing home residents may be there because of low T3.

7. Mercury and Other Heavy Metal Poisoning.

So-called silver amalgam fillings contain 50 percent mercury, and that mercury is neither stable nor inert. It off-gasses, crosses the blood-brain barrier, and destroys neurons even without contact. Removing these fillings is hazardous unless done with mercury-safe protocols.

Annual flu shots are another source of these toxins.  Research shows that people who took the flu shot for five consecutive years had 10 times or 1000 percent higher risk of developing Alzheimer’s Disease than people who only had one or two flu shots due to the accumulation of mercury and aluminum in the vaccines.

Most doctors are not expert in these causes of dementia or how to treat them.  Sharp Again Naturally is building a medical advisory board and a database to get the word out.  It also offers help finding functional medicine specialists, naturopaths, or doctors who practice integrative medicine who are familiar with these areas.