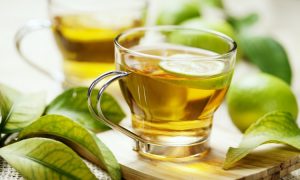 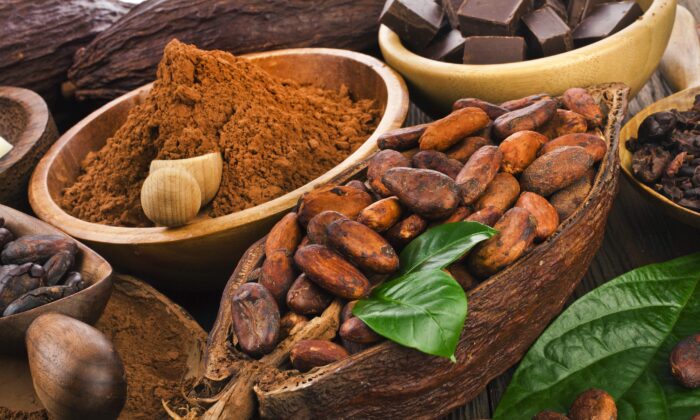 Cacao is made from pressing the raw seeds of the Theobroma Cacao tree, retaining more flavanols and their medicinal effect. (Snowbelle/Shutterstock)
Mind & Body

Cacao is a powerful medicinal substance used since ancient times with a growing body of research affirming its health benefits.

Raw cacao powder has recently gained popularity among health food enthusiasts, but cacao concoctions have been used as a therapeutic measure against a variety of illnesses as early as 600 B.C. Because of its costly nature, cacao was often reserved only for the very wealthy or very ill and was known for centuries as the “Food of the Gods.” It wasn’t until recent years, however, that modern scientific researchers began to seriously consider the use of cacao as a medicinal substance with powerful and proven health benefits. Now, there is a growing body of evidence supporting many of the health claims of traditional cacao usage.

Cacao is made by cold-pressing raw seeds from the Theobroma Cacao tree. Cocoa powder, a similar product, is made by fermenting and roasting raw cacao. Both cacao and cocoa have similar health benefits and are high in cocoa flavanols, a specific kind of plant-based nutrient with multiple health benefits. However, studies have found that the roasting process used to make cocoa powder may remove a significant portion of these flavanols and therefore reduce the potential health benefits of cocoa powder. Until processing methods can be optimized to retain maximum nutritional value, raw cacao powder may be a more nutritious food than cocoa powder.

Here are six evidence-based reasons to include more cacao or cocoa powder in your diet:

Studies have shown an association between chocolate consumption and a reduction in the risk of heart failure and cardiovascular disease. Dietary intervention trials showed cocoa flavanols (present in raw cacao and dark chocolate) to have strong vascular effects, including improved blood pressure and platelet function.  These results suggest that the regular consumption of cacao or chocolate products containing flavanols may reduce the risk of cardiovascular disease.

Cacao seeds are a rich source of antioxidants, especially compared to most other antioxidant-rich foods. In one study, it was reported that “cocoa‐based products contribute a greater proportion of the dietary intake of phenolic antioxidants than do green tea, wine, soya[1] beans, and blueberries, which are known antioxidant‐rich food products and beverages.” [8] Despite a loss of antioxidants during roasting and fermentation processes, cocoa powder also contains up to 50 milligrams of polyphenols per gram, a much higher amount than the antioxidant levels found in most foods. [9]

Multiple studies on cocoa consumption involving subjects with coronary heart disease, Type 2 diabetes, high blood pressure, and other diseases related to chronic inflammation showed that a “consumption of flavanol-rich cocoa may reduce inflammation, probably by reduced activation of monocytes and neutrophils. This may prevent or even reduce vascular inflammation.” [10] Other research similarly found that cocoa flavanols could be used as a possible preventative measure against diseases linked to inflammation and further supported the anti-inflammatory effect of cacao. [11] [12]

In a 2019 study published in Nutrients, the authors note: “Besides the antioxidant, anti-inflammatory and hypolipidemic effects demonstrated by cacao flavanols, publications have emphasized their potential benefits in reducing hyperglycemia, insulin resistance, and diabetes.” [13] Further studies showed that consistent supplementation with cacao lowered the glycemic levels and improved insulin sensitivity and glucose tolerance, reducing the risk of Type 2 diabetes. [14] [15]

Research has linked the consumption of cocoa flavanols with improved mental performance. This may be due to the increased cerebral blood flow caused by cocoa flavanols. [16] [17] Additionally, flavonoids found in cacao protect neurons from oxidative damage and may play a role in the regulation of oxidative stress, one of the main causes of decreased cognitive function. In another study involving aging rats, flavonoids preserved cognitive ability, lowering the risk for stroke and Alzheimer’s disease. [18]

Cacao seeds may have anti-cancer properties thanks to their potent antioxidant quality. Cancer is characterized as the uncontrollable dividing of abnormal cells that invade and interfere with the functioning of healthy tissue in the body. Cacao has been shown to have antimitotic (inhibiting cell division) effects, making it a potential preventative measure to fight abnormal cell growth. [19] [20] Additionally, the flavonoids present in cacao “appear to be anti-proliferative, induce apoptosis [programmed cell death] … and are most likely to be effective as anti-cancer agents.” [21]

How to Safely Add Cacao to Your Diet:

While cacao is a wonderful compound that can be safely used at home, it’s important to note that most chocolate products contain added ingredients that may outweigh any health benefits, and overconsumption of these products may have a harmful effect. In a 2011 study published in Antioxid Redox Signal, the authors caution: “The addition of milk, sugar, and other substances to cocoa powder or cocoa liquor in the production of commercial cocoa drink mixes and chocolate candy may impact the bioavailability of cocoa flavanols if not their concentration.” [22] Another study concluded that overconsumption of sugary cacao drinks and other high-calorie chocolate products could lead to increases in body weight that reversed the endocrinological benefits of cacao. [23] Moderation is important in the addition of such sugary and high-calorie foods.

To safely incorporate cacao into your diet and reap its full benefits, use a cacao powder that is organic and raw. If raw cacao powder is too difficult to find, organic cocoa powder or dark chocolate with at least 70 percent cocoa retains many of the antioxidant benefits of cacao and can be safely consumed in small quantities without concern about added ingredients affecting the potency of flavanols. Milk chocolate may also possess some healthful benefits but to a much lesser extent, and often has a higher amount of sugar and other potentially harmful ingredients than dark chocolate products. [24]

Raw cacao powder can be used as a 1:1 substitute for cocoa powder in baking recipes and smoothies, or in hot chocolate recipes instead of sugary drink mixes. As with all foods, it’s important to enjoy cacao in moderation. Always listen to your body to determine which foods are right for you.

The GMI Research Group is dedicated to investigating the most important health and environmental issues of the day. Special emphasis will be placed on environmental health. Our focused and deep research will explore the many ways in which the present condition of the human body directly reflects the true state of the ambient environment. © [Oct. 15, 2019] GreenMedInfo LLC. This work is reproduced and distributed with the permission of GreenMedInfo LLC. Want to learn more from GreenMedInfo? Sign up for the newsletter here.