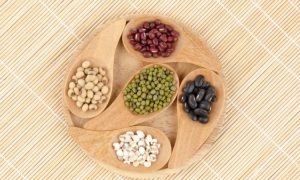 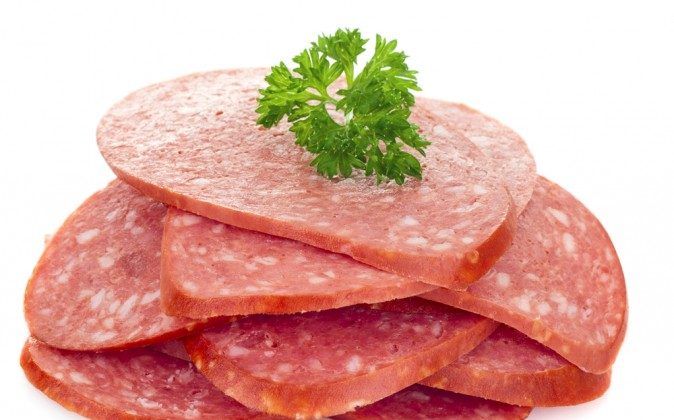 The advice on avoiding processed meat is well supported by evidence.(Shutterstock*)
Health Videos

6 Foods That Increase or Decrease Your Risk of Cancer

If you believe cancer is a disease that strikes from nowhere with little in your control to prevent it, you’d be mistaken on both counts. Most cases of cancer are considered preventable by positive nutrition and lifestyle choices.

Six new nutrition cancer prevention guidelines published today in the Journal of the American College of Nutrition reinforce some sound advice, but also include a surprise or two.

Cancer is a big killer of Australians, and is responsible for 30% of all deaths each year. The “big five” in order of incidence are prostate, bowel, breast, melanoma and lung cancer. Our love of the sun and smoking mostly explain the last two, but it is food, exercise and other lifestyle choices that explain much of a person’s risk of cancer.

So what do these six new cancer prevention recommendations tell us? And how much notice should we take?

1. Eat plenty of fruits and vegetables

Unfortunately, there is no “cancer prevention superfood”; it is a combination of food variety that gives the greatest benefit.

Why are fruit and vegetables so good? Take you pick from any and all of the following: antioxidants, fibre, phytochemicals and weight control.

One group of vegetables you may care to give a closer look at during your weekly shop, are the dark leafy greens. These include broccoli, spinach, leaf lettuce and kale – foods that are true nutrient powerhouses.

When it comes to alcohol, forget about justifying drinking because it is good for your heart. Alcohol is strongly linked to cancer of the mouth, oesophagus, breast, colon and liver; the more you drink, the greater the risk.

Alcohol through conversion to acetaldehyde can directly damage cellular DNA. It can also damage the liver, increase the solubility of other cancer-causing chemicals, increase the level of estrogen, and decrease the levels of some beneficial nutrients such as folate.

Risk, though, needs to be balanced with lifestyle and enjoyment. There are many other positive things you can do to reduce cancer risk without giving up your favourite drink altogether.

The advice on avoiding processed meat is well supported by evidence. This agrees with the biggest voice in the cancer prevention business, the World Cancer Research Fund (WCRF) which rates the link between red meat and colorectal cancer as “convincing” – the highest level of evidence possible.

Meat lovers can take some solace though. The WCRF recommends keeping consumption of red meat to under 500 grams of cooked meat per week. Fish and chicken are good alternatives if the thought of missing a daily steak is too much for you.

Following on from the advice on limiting red meat, is a recommendation to avoid overcooking meat; especially from grilling and frying. When meat, chicken and fish is overcooked at high temperatures for a long time, natural reactions in the food can produce heterocyclic amines (HCAs).

This is a surprising recommendation, more so that when groups such as the WCRF have looked at the evidence, it barely made it to the “limited” level of evidence.

Soy contains a class of phytochemicals called isoflavones which have chemical structures similar to estrogen. These isoflavones are thought to partly inhibit a woman’s own natural estrogen in stimulating cell growth. That’s the theory at least.

Soy foods are a staple of vegetarian diets and the recommendation advises choosing natural soy foods such as edamame, tempeh or tofu and to steer clear of protein concentrates often found in supplements.

Women who are being treated for estrogen-receptor-positive breast cancer should avoid soy supplements because they contain high concentrations of isoflavones.

6. Men: limit or avoid dairy products to reduce your risk of prostate cancer

This certainly stands out as the most controversial recommendation and the one that could grab the headlines.

This recommendation is a good example of needing to balance risk when it comes to lifestyle choices in preventing cancer. While there is some limited evidence that dairy products can raise a man’s risk of prostate cancer, there is also a higher level of evidence (which the WCRF classifies as “probable”) that milk and calcium can lower the risk of colorectal cancer.

A diet high in calcium can lead to a decrease in vitamin D production. Vitamin D is an important regulator of cell growth and proliferation so less of it may lead to prostate cancer cells growing unchecked.

In the colon, though, it’s a different matter. Calcium can bind to potentially carcinogenic compounds in the intestine, making them insoluble and easily excreted. Calcium can also directly influence cell development, slowing down proliferation.

What’s a guy to do? If you enjoy dairy foods, there is no need to avoid them. If you have a family history of prostate cancer, you may want to have a bit less. If colon cancer runs in your family, a bit more could help.

Other Ways to Reduce Your Cancer Risk

While not part of the nutrition recommendations, physical activity is now recognised as a potent “cancer-preventing” habit. Estimates link regular physical activity to a 20-40% lower risk of colon and breast cancer.

Carrying too much weight, especially around the middle, is a known cancer risk, especially for breast and colon cancer risk. Men should aim for a waist circumference below 94cm. For women it’s below 80cm.

Cancer prevention guidelines reflect the current state of scientific evidence, and change over time as evidence changes. The core of the guidelines though have changed little and can be summed up in single sentence. Eat mostly plant foods close to their natural state, keep active, drink responsibly, stay safe in the sun, and don’t smoke.

For some people, a complete lifestyle overhaul can be a difficult thing to manage in one go. Instead, focus on one change at a time like building more activity into your day and then following this up with eating five different types of vegetables and two of fruits each day with the emphasis on colour as your best guide to variety.

Prevention guidelines shouldn’t be seen as a prescription for restricting your life, but a series of small changes to how you eat and live now that will build the framework for a long, healthy and cancer-free life.