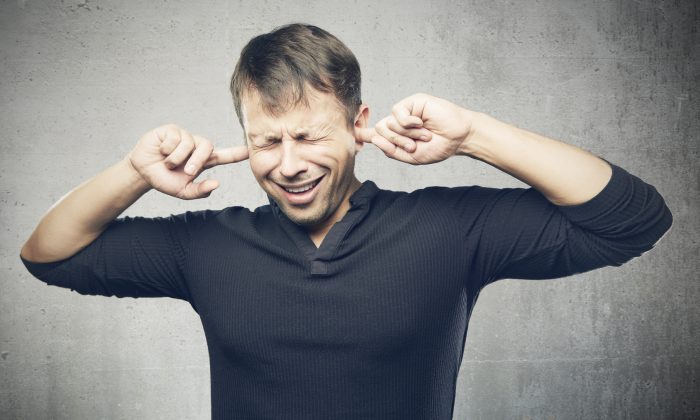 6 Facts About the Songs That Get Stuck in Our Heads

They’re called earworms (aka, Ohrwurms, sticky music, cognitive itch, stuck song syndrome, or, in simplest terms, the tunes we find trapped inside our heads for hours or days at a time). By definition, they arrive suddenly and without invitation. Intrusive songs like these plague people on a regular basis and can leave even the most level-headed individual feeling somewhere between annoyed and crazed.

To better know (and beat) an earworm, consider these facts:

1. Earworms make their way into the heads of about 90 percent of people at least once a week. But not all music and, in turn, not all earworms are created equal; some songs are more likely than others to flip the switch that turns just any old tune into a cognitive itch. When that switch is flipped, one’s brain senses something like a disembodied irritation, and one’s desire to repeat the song that started it all is something like the scratching of that itch. This issue, however, is not so easily dealt with: The brain, unable to sooth itself, repeats the song, working to rub away the tune’s staying power. The problem is, the instinct rarely achieves any goal other than a nostalgic yearning for ’80s New Wave.

2. A study in the Journal of Consumer Psychology compared No. 1 songs on Billboard’s Hot 100 charts from 1958 to 2012 with those that never gained ground above the No. 90 slot. What they found indicated that simple, repetitive lyrics dramatically increased a song’s chance of breaking the Top 10 barrier, and that these songs were far more likely to debut at or above the No. 40 slot. One need only remember pop ditties like Taylor Swift’s “Shake It Off,” which, like most chart-toppers, sticks to the repetition of both its instrumentals and lyrics like white on rice, to better understand why some scholars believe that this simplicity and repetition doesn’t just make for a hit, but for a song easily stuck in one’s head.

3. It’s not just what we listen to that might leave us caught in the clutches of an earworm, but also how often we listen to any given tune. Researchers note that listening to a song recently, frequently and repetitively can make room for sticky music. That’s precisely why the children’s songs that exuberant offspring listen to again and again can easily be woven into the stuff of earworms for teachers, babysitters and parents alike.

3 Good Reasons You Should Be Listening To More Music

4. Earworms respond to specific moods. It’s not uncommon for people who identify themselves as anxious or melancholic to feel as if a sad song is on auto-repeat inside their heads. Stressful situations at work or home can cause the same results.

5. Other earworm triggers? Well, memory, for one. We simply need touchstones, little suggestions or reminders of past experiences to light up the jukebox in our brains. When we return to environments where we once heard an impressionable song, our minds can cause the song to play anew. Rhyme and rhythm, too, do more than their share of catching earworms. For example, philosopher of music Jeanette Bicknell suggests seeing the letters “EYC” on a sign or license plate might remind us of Michael Jackson’s hit “PYT (Pretty Young Thing),” propelling the tune into motion in our minds.

6. Once an earworm makes its home inside our heads, there are a handful of ways to attempt to chase it out. Some researchers stand behind challenging language-related practices, such as attempts to solve a difficult anagram — a game in which new words or phrases are formed by rearranging the letters of an original “starting” word. Reading an absorbing novel can provide similar results.

Regardless, the idea is to push our brains and give them something else to chew on, eventually squeezing the songs out of our minds. If these tricks seem too exhausting, there’s always the option of listening to the earworm aloud again and again until it’s truly worn out its welcome inside the brain. Or, if you prefer, new songs played on repeat can often replace old sticky songs. Still, perhaps the best way to eradicate an earworm is to listen to slower, droning compositions. In fact, some find the British national anthem sung at a snail’s pace to be a favorite cure.