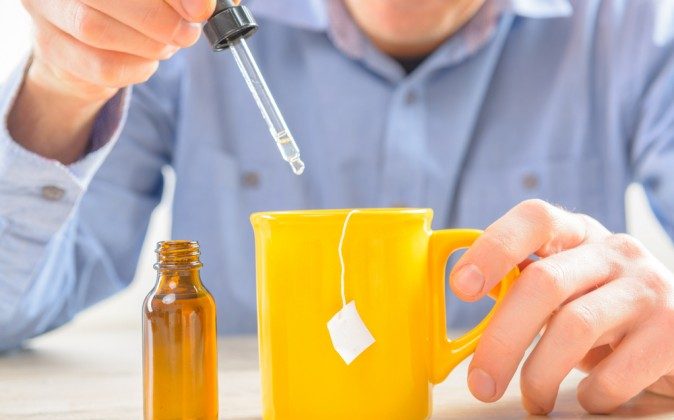 5 Toxins That Cripple Your Body and Brain Function

Derek Henry
Derek A. Henry, Founder of Healing the Body and the THRIVE Academy, used nutrition, supplementation, and a holistic lifestyle to naturally unravel 13 chronic disease conditions that conventional or alternative medical professionals couldn't help him resolve. As a result of this one-in-a-million health transformation and the knowledge acquired in the process, he is now happier and healthier than he has ever been and now educates, coaches, and inspires thousands of others to transform their health through a natural and holistic approach. To date, he has helped his THRIVE Academy participants heal over 20 different chronic disease conditions, primarily related to digestive and autoimmune concerns.
View profile
Follow
biggersmaller
Print

With thousands of toxins circulating in the world, it can be very easy to just give up trying to avoid them. Our food supply has been denatured and our air and water have become dangerously polluted. However, there are toxins that we tend to expose ourselves to more commonly throughout our lives that disintegrate our bodies’ optimal function. These 5 toxins will cripple your body and brain if left unchecked, so be aware of them, avoid them, and look for solutions to remove them.

Heavy metals are not something that most people would concern themselves with in regards to food, air, water, and personal care products. But that would be a mistake as they are often at the root of many painful symptoms and disease processes.

Common exposure points to heavy metals include seafood, dental amalgams, vaccinations, personal care products, pots and pans, baking powder, smoke, paint, water, work sites, and chem trails. With the popularity of seafood, prevalence of mercury fillings, and an intense vaccination schedule, one can hardly get out of consuming heavy metals or them put directly into their body.

Learn more about heavy metals and how to remove them.

Genetically modified organisms (GMOs) are foods that have been created by gene-splicing vegetable seedlings with poisonous pesticides, herbicides, or bacteria so plants are inherently protected from pests that may try to damage them.

An example of this process is a frequently used method of creating pest-resistant varieties by artificially inserting a toxin-carrying gene from a soil bacterium directly into the plant DNA. The plant then produces this toxin, which in turn kills off the larvae of their pests. In a similar process, soybeans are genetically engineered to withstand more pesticide use, which results in more toxic pesticides being applied to these crops.

With 85 percent of all corn, soy, and canola oil being GMO and the fact that they are some of the most heavily consumed food products on the planet, people find themselves with a major problem. Add in sugar beets, cotton, and other popular grains which may be contaminated or are on the agenda to become GMO (wheat, rice), and there is a serious threat to the nation’s health.

As a result of this contamination, consumers are essentially consuming toxic seeds and food products laced with chemicals that are known to mutate cells of the body, resulting in tumors and other forms of cancer.

To get a deeper understanding of GMOs and which foods are contaminated, look into this comprehensive article.

There are a few forms of radiation, but the most deadly that are currently polluting the planet are cesium-137 and electromagnetic radiation.

With recent radiation tests done by county officials on the shores of California showing a 500 percent increase in radiation, it is now widely believed by experts that cesium-137 has entered the food chain so any seafood caught in the Pacific ocean is very suspect for significant contamination.

However, that is not as widespread a concern as electromagnetic radiation. With the omnipresence of WiFi signals, cell phones, TVs, computers, and microwaves, this type of radiation is nearly impossible to avoid, and has no signs of waning.

Don’t think EMF’s from electronics are a problem? Consider the fact that on May 31, 2013, the World Health Organization/International Agency for Research on Cancer issued a report admitting that cell phones might indeed cause cancer, classifying EMFs as “possibly carcinogenic to humans” (Class 2B).

Xenoestrogens, or man made estrogen mimicking molecules, are a very common toxin found intertwined in day-to-day life. The most common places they can be found include plastic containers, lining of canned food, Styrofoam cups and containers, cosmetics and toiletries, and agricultural chemicals.

These hormone disruptors can cause all kinds of hormone related issues including poor sleep, energy, concentration, and libido, as well as hormonal related cancers such as breast, ovary, and prostate cancer.

The alarm has been sounded for quite some time on the dangers of artificial sweeteners like aspartame and sucralose (Splenda), but that hasn’t stopped many people from consuming the products that contain it. It is found in diet sodas, yogurt, chewing gum, cooking sauces, tabletop sweeteners, flavored water, cereals, and sugar-free products.

Aspartame is a combination of chemicals, namely aspartic acid (an amino acid with excitatory effects on brain cells), methanol and phenylalanine, and scientists are placing it at the higher end of the range of what is considered toxic. Ninety different symptoms have been documented as a result of aspartame consumption, including anxiety attacks, slurred speech, fatigue, depression, migraines, tinnitus, vertigo, heart palpitations, nausea, and muscle spasms.

The FDA has also recently changed the name of aspartame to amino sweet, so be sure to look for that ingredient in any of the products listed above.

5 Ingredients That Poison Your Brain

*Image of “sweetener” via Shutterstock