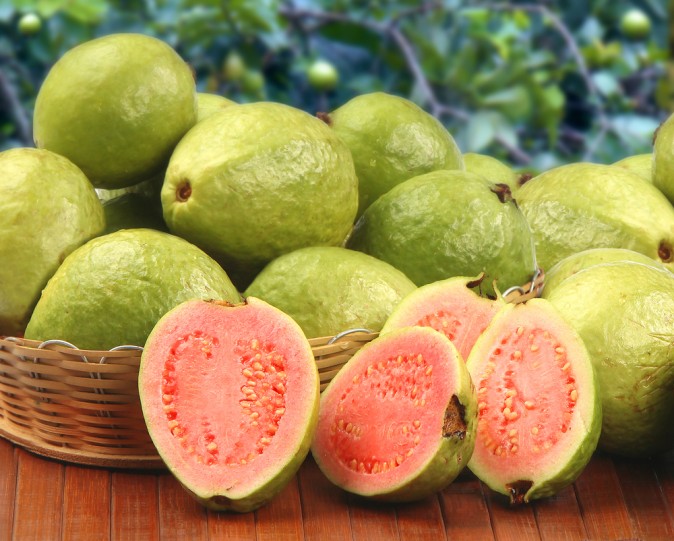 Vitamin C is a nutrient that has received a lot of attention over the years. It has been used by many households to combat colds, and is now getting recognition as a proven cancer fighter. It’s best to get vitamin C in whole food for its synergistic effect with other nutrients, and these 5 foods that are high in vitamin C will provide it to you in spades.

This extraordinary fruit lives deep in the Amazon rainforests of South America and packs an amazing nutrient density, with its claim to fame being the densest source of vitamin C in the world.

In a 100 gram serving, camu camu has shown to have up to 7.5 grams of vitamin c, which is an unprecedented 7.5% of its weight. To provide comparison, it provides 60 times more vitamin c than an orange on an ounce-by-ounce basis.

Along with being the highest known source of vitamin c, it also has the following health benefits:

Camu camu comes mainly in powder form to prevent spoilage, and can be mixed into water, juice, or smoothies.

Also known as the Barbados cherry, this fruit has its origin in the Yucatan but is also cultivated in the Caribbean and sub tropical regions, as well as Brazil.

In a 100 grams serving, the acerola cherry has shown up to 4.5 grams of vitamin C, which is an amazing 4.5% of its weight. Once it is harvested it must be used or made into a supplemental form quickly due to rapid spoilage.

Along with being the second highest known source of vitamin c, it also has the following health benefits:

Acerola cherry also comes mainly in powder form, and can be used in water, juice, or smoothies.

Native to Mexico, Central America, and South America, guava is a somewhat round or pear shaped fruit and is light green, yellow, or maroon on the outside when it is ripe.

In a 100 grams serving, the guava has about .22 grams of vitamin C, which is about .22% of its weight. This may not seem like a lot but it still provides you with approximately 250% of your RDA.

Along with being the third highest known source of vitamin C, it also has the following health benefits:

Guava is more commonly found fresh when in season.

Bell peppers and red chili peppers are native to Mexico, Central America, and northern South America and are cultivated across the world. They range from green to purple in color, and contain many nutrients.

Along with being the fourth highest known source of vitamin c, it also has the following health benefits:

Peppers are much more common in grocery stores and can be found fresh throughout the year.

Kale is a dark green leafy vegetable that is cultivated in many areas of the world. It has become well known in the health world through salads, juicing and healthy snacks such as kale chips.

Along with being the fifth highest known source of vitamin C, it also has the following health benefits:

Other foods that are also good sources of vitamin C include kiwi, oranges, melons, berries, pineapple, and citrus peels.

If you want to make your own vitamin C, check out this at home recipe.

How are you getting your vitamin C today?

*Images of “guavas” and “acerola cherries” via Shutterstock

Derek Henry
Follow
Derek A. Henry, Founder of Healing the Body and the THRIVE Academy, used nutrition, supplementation, and a holistic lifestyle to naturally unravel 13 chronic disease conditions that conventional or alternative medical professionals couldn't help him resolve. As a result of this one-in-a-million health transformation and the knowledge acquired in the process, he is now happier and healthier than he has ever been and now educates, coaches, and inspires thousands of others to transform their health through a natural and holistic approach. To date, he has helped his THRIVE Academy participants heal over 20 different chronic disease conditions, primarily related to digestive and autoimmune concerns.
SHARE
Friends Read FreeCopyFacebookTweet
You May Also Like