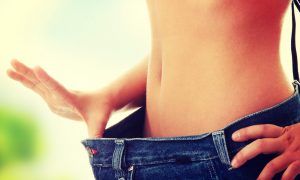 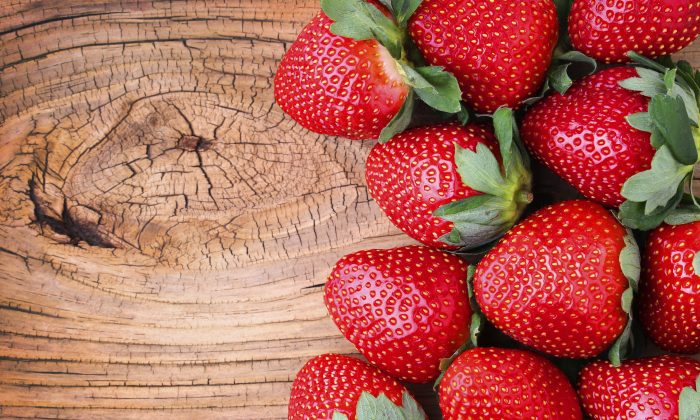 Cutting carbs can have impressive benefits.

It has been shown to cause a significant reduction in hunger levels.

This tends to lead to “automatic” weight loss, without the need for calorie counting.

At least 23 studies have shown that low-carb diets generally cause more weight loss than low-fat diets, sometimes up to 2-3 times more.

Cutting carbs can also have numerous other benefits for metabolic health.

This includes a reduction in blood sugar, blood pressure and triglycerides, higher HDL (the “good”) cholesterol, and others.

Fortunately, eating low-carb does NOT have to be complicated.

Just base your diet around real foods that are low in carbs and you will lose weight and improve your health.

This is a list of 44 low-carb foods. Most of them are healthy, nutritious and incredibly delicious.

Under each food, I have listed the carb content for a standard serving, as well as the number of carbs in a 100 gram portion.

However, keep in mind that some of these foods are high in fiber, so sometimes the digestible (“net”) carb content is even lower.

Eggs are among the healthiest and most nutritious foods on the planet.

They are loaded with all sorts of nutrients, including important brain nutrients and compounds that can improve eye health.

All types of meat are close to zero carb. One exception is organ meats like liver, which is about 5% carbs.

Beef is highly satiating and loaded with important nutrients like iron and B12. There are dozens of different types of beef, from ribeye steak to ground beef to hamburger.

Like beef, lamb meat contains numerous beneficial nutrients, including iron and B12. Lamb is often grass-fed, and tends to be high in a beneficial fatty acid called conjugated linoleic acid, or CLA.

Chicken is among the world’s most popular meats. It is high in many beneficial nutrients, and an excellent source of protein.

If you’re on a low-carb diet, then it may be a better choice to go for the fattier cuts, like the wings and thighs.

The Very Real Risks of Consuming Too Much Protein

Pork is another delicious type of meat, and bacon is a favorite of many low-carb dieters.

Bacon is a processed meat, so it definitely isn’t a “health food.” However, it is generally acceptable to eat moderate amounts of bacon on a low-carb diet.

Just try to buy your bacon locally, without artificial ingredients, and make sure not to burn your bacon when cooking it.

Carbs: zero. But read the label and avoid bacon that is cured with sugar.

Jerky is meat that has been cut into strips and dried. As long as it doesn’t contain added sugar or artificial ingredients, then jerky can be a perfect low-carb snack food.

However, keep in mind that a lot of the jerky available at the store is highly processed and unhealthy. Your best bet is to make your own.

Carbs: Depends on the type. If it’s just meat and seasoning then it should be close to zero.

Fish and other seafoods tend to be incredibly nutritious and healthy.

They are particularly high in B12, iodine and omega-3 fatty acids, nutrients which many people don’t get enough of.

Like meat, pretty much all fish and seafood contains next to no carbohydrate.

Salmon is among the most popular types of fish among health conscious individuals, for a good reason.

It is a type of fatty fish, meaning that it contains significant amounts of heart-healthy fats, in this case omega-3 fatty acids.

Salmon is also loaded with B12, iodine, and contains a decent amount of vitamin D3.

Like salmon, trout is a type of fatty fish that is loaded with omega-3 fatty acids and other important nutrients.

Sardines are oily fish that are generally eaten almost whole, with bones and everything.

Sardines are among the most nutrient-dense foods on the planet, and contain almost every single nutrient that the human body needs.

It is a shame that shellfish rarely makes it to people’s daily menus. However, they are among the world’s most nutritious foods, ranking close to organ meats when it comes to nutrient density.

Other Low-Carb Fish and Seafood

Most vegetables are low in carbs. Leafy greens and cruciferous vegetables are particularly low, with the majority of the carbs in them consisting of fiber.

On the other hand, starchy root vegetables like potatoes and sweet potatoes are high in carbs.

Broccoli is a tasty cruciferous vegetable that can be eaten both raw and cooked. It is high in vitamin C, vitamin K and fiber, and also contains potent cancer-fighting plant compounds.

Tomatoes are technically fruits/berries, but are usually eaten as vegetables. They are high in vitamin C and potassium.

Onions are among the tastiest plants on earth, and add powerful flavor to recipes. They are high in fiber, antioxidants and various anti-inflammatory compounds.

Cauliflower is a tasty and versatile vegetable that can be used to make all sorts of interesting things in the kitchen. It is high in vitamin C, vitamin K and folate.

Kale is a very popular vegetable among health-conscious individuals. It is loaded with fiber, vitamin C, vitamin K and carotene antioxidants. Kale has numerous health benefits.

Eggplant is another fruit that is commonly consumed as a vegetable. It has many interesting uses, and is very high in fiber.

Cucumber is a popular vegetable with a mild flavor. It consists mostly of water, with a small amount of vitamin K.

Bell peppers are popular fruits/vegetables with a distinct and satisfying flavor. They are very high in fiber, vitamin C and carotene antioxidants.

Asparagus is a highly delicious spring vegetable. It is very high in fiber, vitamin C, folate, vitamin K and carotene antioxidants. It is also very high in protein compared to most vegetables.

Green beans are technically legumes, but they are usually consumed in a similar manner as vegetables.

Calorie for calorie, they are extremely high in many nutrients, including fiber, protein, vitamin C, vitamin K, magnesium and potassium.

Mushrooms technically aren’t plants, but edible mushrooms are often categorized as vegetables. They contain decent amounts of potassium, and are high in some B-vitamins.

With the exception of starchy root vegetables, pretty much all vegetables are low in carbs. You can eat a lot of vegetables without going over your carb limit.