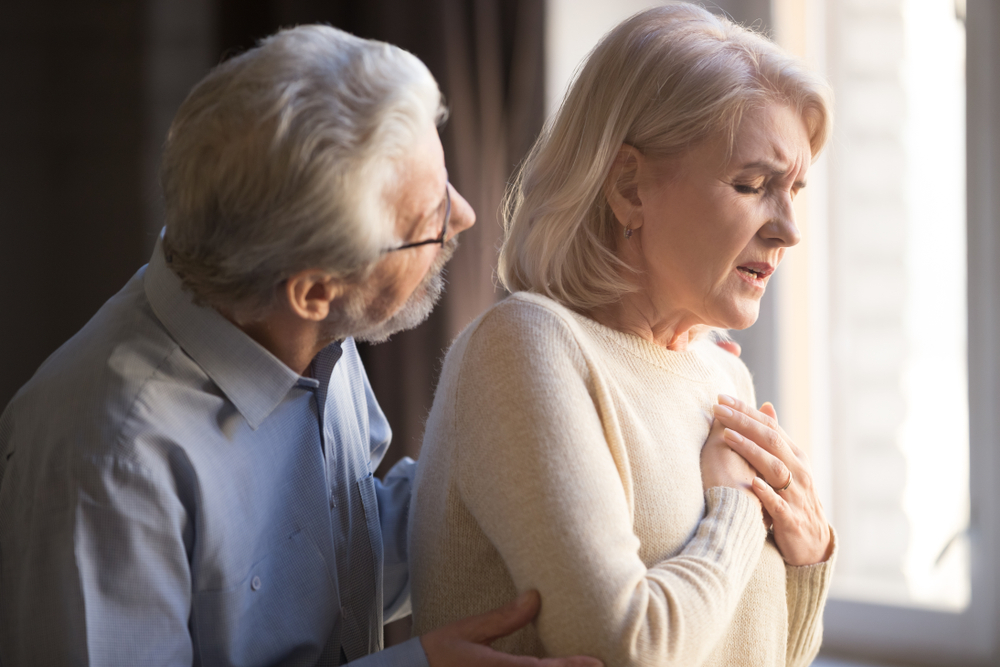 Heart aging is no longer a disease of the elderly. Its onset age is continually younger. Heart aging may cause heart failure and sudden death. To protect our heart, we can start by adjusting our diet and exercising our “second human heart.”

4 Reasons for Premature Aging of the Heart

Heart aging takes place when the heart is healthy in general but its functions are declining, and its response to external factors is also becoming slower. For instance, the heart of a 60-year-old still has good endurance, so they can run slowly for an hour. However, as their heart has become less elastic, a sudden sprint will be impossible.

Under normal circumstances, the human heart begins to age after one turns 60 years old.

However, Dr. Liu Zhongping, cardiologist and director of the Yuping Clinic, has discovered that many patients nowadays have an aging heart in their 40s. This type of patient has several overlapping characteristics:

Chronic conditions and obesity: Many of these patients are obese, and most of them have high blood pressure, high cholesterol, and high blood sugar level. If the blood pressure remains too high long term, it will increase the chance of heart failure and heart aging. High blood sugar is also likely to cause aging of the body, such as the worsening of the heart’s elasticity and microvascular circulation.

Lifestyle: Some young people have poor living habits, such as staying up late to play video games or to binge watch shows. And some people need to work late at night.

“I found that people who often work at night have poor heart flexibility,” Dr. Liu said, adding that “at a young age, they walk around with shortness of breath.”

The heart functions of these patients are normal, but they’re declining, which is a sign of heart aging.

Excessive workload: Overworked people are also prone to having irregularities in their lives. According to Dr. Liu, his patients with premature heart aging are mostly overworked or overweight.

The news occasionally reports cases of sudden death in adolescents and middle-aged people, which in Dr. Liu’s opinion, are related to the aging of the heart at a younger age. This is because the causes of sudden death are basically the same as those of heart aging, such as overwork and irregularities in daily life. These causes would worsen the heart functions, so the patients would be prone to cardiac arrhythmia and abnormal decline in heart functions, which would lead to death.

In addition, heart aging may also cause heart failure, which is a disease with a high mortality rate.

2 Methods to Reverse the Aging of the Heart

People with aging hearts should not worry too much, as there are still ways to reverse heart aging.

In addition to medication that patients already take, sleeping early and waking up early, and controlling cholesterol, blood pressure, and blood sugar levels, it is important for patients to exercise their calves, and adjust their diet, Dr. Liu said.

The calves are known as the body’s “second heart,” because they have to send blood from the lower part of the body back to the heart, a process that requires a lot of strength. The calf muscles play an important role in this process.

The best exercises for the heart should keep the legs moving, with the heart rate slightly accelerated.

“So long as your lower extremities are not injured or disabled, I definitely encourage exercising them more,” Dr. Liu said.

Tiptoeing, walking, climbing stairs, bicycling, squats, and other exercises that make the calves move and/or build calf muscles are all beneficial for heart health.

Many seniors’ only exercise is the walks they take, and Dr. Liu says this is fine. For the busy working population, Dr. Liu recommends walking as well:  “When getting home from work, do not immediately enter the home. Walk in the neighborhood for 10 to 15 minutes until you sweat, and then go home to take a shower. This not only helps you exercise, but also relieves stress.”

Many research studies on walking and heart health discovered that the accumulation of short periods of brisk walking is beneficial to heart and mental health.

A study published in 2002 in Medicine & Science in Sports & Exercise pointed out that a 10-minute brisk walk three times a day was as effective as a 30-minute walk once a day in reducing cardiovascular risk and anxiety on the same five-day-per-week basis.

The American Journal of Clinical Nutrition published a similar study in 2008. According to this study, in a group of young men, ten 3-minute brisk walks and one 30-minute brisk walk had the same effect on reducing postprandial blood lipids and systolic blood pressure.

In addition, massaging the calves is considered a passive exercise. Although it is not as effective as walking, it’s also beneficial to the heart. Since some people are born with thin blood vessels or need to be sedentary at work, they are prone to vascular thrombosis. And massaging the calves can reduce the risk of thrombosis and slightly promote the circulation in the legs.

First of all, we should avoid foods high in oil, sugar, and salt. Spicy foods can be consumed, according to Dr. Liu, but many spicy foods are often prepared with excessive amounts of oil and/or salt, such as spicy hot pot, spicy oil and chili sauce, so that needs to be taken into consideration.

There are two recognized nutrients beneficial to heart health–fish oil and dietary fiber.

Fish oil: The American Heart Association recommends that each person should eat fish at least twice a week, ones rich in omega-3 fatty acids such as mackerel, swordfish, sardines, salmon, tuna, herring. The intake of these healthy fatty acids are beneficial for maintaining the elasticity of the heart vessels and reducing blood clots.

The British Medical Journal published a large-scale study in 2020. The study surveyed 420,000 people without cardiovascular disease to ask whether or not they had the habit of consuming fish oil. According to its results, habitual fish oil supplementation reduced the risk of cardiovascular disease and all-cause mortality.

A review study published in 2017 in the Journal of Chiropractic Medicine compiled 31 papers from 1980 to 2017. According to the study results, the incidence of cardiovascular disease and mortality were significantly reduced in individuals who consumed the most dietary fiber.

Dr. Liu concluded that although his advice might sound like a cliché, “This is how the heart works, and it will get better if you take care of it in this way.” Many of his patients have made a lot of progress in reducing their rate of heart aging by following his advice.