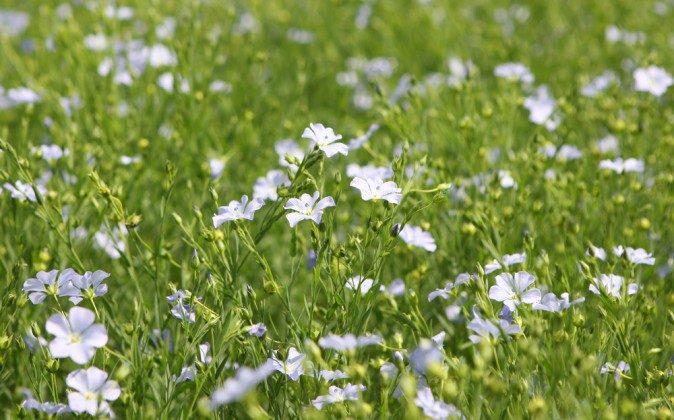 Flaxseeds have been cultivated for their health benefits for 5,000 years. They’ve been around for ages, but only in the last few decades has nutritional science realized just how good they are for us.

“Wherever flaxseed becomes a regular food item among the people, there will be better health,” Mahatma Gandhi.

I love adding flaxseeds to my meals and baking!  Let’s learn more about this PowerFood.

1. Flaxseeds are one of the foods highest in soluble and insoluble fiber.
4 Tbsp flax meal = 8 grams of fiber.

There are many different varieties and forms of flaxseed.(Shutterstock*)

Flaxseeds are so good I use them in all my cooking classes and detoxes!

*Image of “flaxseed flowers” via Shutterstock