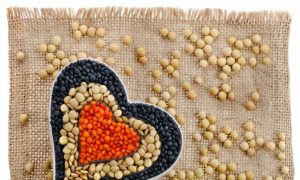 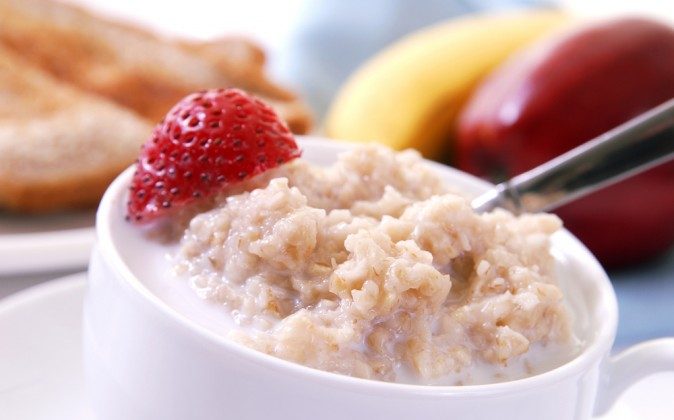 According to the Centers for Disease Control and Prevention, 71 million Americans, or 33.5 percent of the total population, suffer from high LDL cholesterol. Only one in three of these individuals has their condition under control, while less than half of them choose to treat it at all. Moreover, the average total cholesterol for adult Americans is around 200 mg/dL, which is borderline high risk. (1) We are, in short, at greater risk of heart disease than ever before.

Though doctors love to throw statins and other drugs at people with high cholesterol, an improvement in diet is a far safer and more effective long-term solution to the problem. Most whole foods are likely to reduce LDL and total cholesterol to some degree, but the foods listed below are especially effective in this regard.

Few foods can beat oatmeal at reducing cholesterol. This traditional breakfast food is packed with soluble fiber which, according to an extensive 19-year study published in the Archives of Internal Medicine, can lower cholesterol and the risk of coronary heart disease. (2) Moreover, oatmeal is rich in a specific kind of soluble fiber called beta-glucan that is particularly good at blocking our bodies’ ability to absorb cholesterol. (3)

Organic, unsweetened oatmeal is easy to purchase online or in health food stores and is best consumed in the morning with milk. Adding some fruit to the oats, such as bananas or strawberries, will boost its fiber content further.

Avocados are one of the best fruits to consume for treating high cholesterol. Firstly, they’re packed with oleic acid, a monounsaturated fat which, as a study in the Journal of Lipid Research proved, can inhibit the synthesis of cholesterol and lipids in human cells. (4) Secondly, they’re also rich in a plant chemical called beta-sitosterol, which suppresses cholesterol absorption in the intestine. (5)

Though avocados are usually eaten on their own, they’re known to increase the absorption of disease-fighting antioxidants found in fruits and vegetables. Therefore, adding them to salads and other meals is a great way to boost nutrient intake.

Fish has always been regarded as good for the heart, and we now understand why: Its high levels of omega-3 fatty acids are proven to lower blood pressure, reduce the risk of blood clots and decrease total and LDL cholesterol. (6) Fish is so beneficial for the cardiovascular system, in fact, that the American Heart Association recommends eating at least two servings of it per week. (7)

The fish richest in omega-3 acids (including EPA and DHA) are salmon, mackerel, tuna, trout, sardines and herring. For obvious reasons, it’s best to avoid fish from the Pacific Ocean these days.

Though they are best-known for improving brain function, walnuts also excel at lowering cholesterol. A review published in The Journal of Nutrition in April 2014, for instance, showed that these hard-shelled nuts could “decrease low density lipoprotein cholesterol (by ~9-16%) and blood pressure (diastolic blood pressure by ~2-3 mm Hg), 2 major risk factors for [cardiovascular disease].” (8) The cholesterol-lowering properties of walnuts are mostly attributed to their high concentrations of polyunsaturated fatty acids, such as alpha-linolenic acid, which can lower cholesterol and triglycerides in the bloodstream. (9)

Other nuts rich in beneficial, cholesterol-lowering fats include almonds, hazelnuts, pistachios, pine nuts and pecans. Like all fruits, nuts are best eaten raw for maximum benefits.

*Image of “oatmeal” via Shutterstock