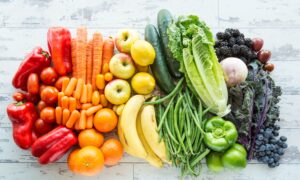 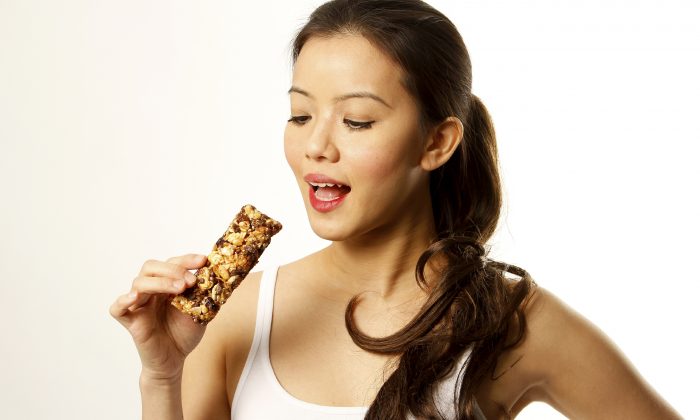 20 Foods That Are Bad for Your Health (Avoid Them!)

There is a lot of confusion out there about which foods are healthy, and which are not.

Here is a list of 20 foods that are generally very unhealthy.

If you want to lose weight and avoid chronic disease, then you shouldn’t eat much of these foods.

In many cases, the best choice is to avoid them completely.

In this article, healthy alternatives are mentioned whenever possible.

Added sugar is the single worst ingredient in the modern diet.

However, some sources of sugar are worse than others, and sugary drinks are the absolute worst.

When people drink sugar calories, the brain doesn’t “register” them as food.

For this reason, people don’t automatically compensate by eating less of other foods instead, and end up drastically increasing their total calorie intake.

Sugar, when consumed in large amounts, can drive insulin resistance in the body and is strongly linked to non-alcoholic fatty liver disease. It is also associated with various serious diseases, including type 2 diabetes and heart disease.

Sugary drinks are also THE most fattening aspect of the modern diet, and drinking them in large amounts can drive fat gain and obesity.

Alternatives: Drink water, soda water, coffee or tea instead. Adding a slice of lemon to water or soda water can add some taste if you don’t like it plain.

Pizza is one of the world’s most popular junk foods.

This is not surprising, given that it tastes awesome and is incredibly convenient to eat.

The problem is that most commercially prepared pizzas are made with seriously unhealthy ingredients.

The dough is made from highly refined wheat flour, and the meats on them are usually processed. Pizza is also extremely high in calories.

Alternatives: Some pizza places use healthier ingredients. Homemade pizzas can also be very healthy, as long as you choose wholesome ingredients.

Bread is generally made from wheat, which contains the protein gluten.

For this reason, all wheat-based breads are a bad idea for people who have celiac disease or gluten sensitivity.

However, most commercial breads are unhealthy, even for people who do tolerate gluten.

This is because the great majority of them are made from refined wheat, which is low in essential nutrients (empty calories) and leads to rapid spikes in blood sugar.

Alternatives: For people who can tolerate gluten, ezekiel bread is an excellent choice. Whole grain bread is also definitely better (or “less bad”) than white bread.

If you have problems with gluten or carbs, then here are 15 recipes for breads that are both gluten-free and low in carbs.

Fruit juice is often assumed to be healthy, but this is a mistake.

It is true that the juice contains some antioxidants and vitamin C, but this must be weighed against the large amount of liquid sugar.

In fact, fruit juice contains just as much sugar as a sugary drink like Coke or Pepsi, and sometimes even more.

Alternatives: There are some fruit juices that have been shown to have health benefits despite the sugar content, such as pomegrenate juice and blueberry juice.

However, these should be considered as supplements, not something you drink every day to quench thirst. Drink water instead.

In the last 100 years or so, people have increased their consumption of added fats.

However, this is entirely explained by a drastic increase in the consumption of refined vegetable oils, such as soybean oil, corn oil, cottonseed oil and canola oil.

These oils are very high in omega-6 fatty acids, which humans never consumed in such large amounts before.

There are many serious concerns with these oils. They are highly sensitive to oxidation and cause increased oxidative stress in the body. They have also been linked to increased risk of cancer.

Margarine used to be considered a healthy alternative to butter.

Fortunately, most people have now realized that this is farfrom being true.

Margarine is a highly processed pseudo-food that has been engineered to look and taste like butter.

It is loaded with artificial ingredients, and is usually made with industrial vegetable oils that have been hydrogenated to make them more solid. This increases their trans fat content significantly.

Keep in mind that manufacturers are allowed to label their products with “no trans fat” as long as it contains less than 0.5 grams per serving, which is still a significant amount.

Alternatives: Use real butter instead, preferably from grass-fed cows.

They are generally made with refined sugar, refined wheat flour and added fats, which are often disturbingly unhealthy fats like shortening (high in trans fats).

These tasty treats are literally some of the worst things that you can put into your body. Almost no essential nutrients, but tons of calories and unhealthy ingredients.

However, the same can NOT be said of the products that are made from them, such as french fries and potato chips.

These foods are very high in calories, and it is easy to eat excessive amounts. Several studies link consumption of french fries and potato chips with weight gain.

These foods may also contain large amounts of acrylamides, carcinogenic substances that form when potatoes are fried, baked or roasted.

Alternatives: Potatoes are best consumed boiled, not fried. If you need something crunchy to replace potato chips, try baby carrots or nuts.

Gluten-free is all the rage these days.

About a third of people in the US are actively trying to avoid gluten, according to a 2013 survey.

The problem with many gluten-free diets, is that people replace the gluten-containing foods with processed junk foods that happen to be gluten-free.

These gluten-free replacement products are often high in sugar, unhealthy oils and refined grains like corn starch or tapioca starch. These refined starches lead to rapid spikes in blood sugar, and are extremely low in essential nutrients.

Agave nectar is a sweetener that is often marketed as healthy.

However, agave nectar is not as healthy as some people think. It is a highly refined sweetener that is extremely high in fructose.

High amounts of fructose from added sweeteners (not whole fruit) can be absolutely disastrous for health.

The truth is, agave is even higher in fructose than other sugars.

Alternatives: Stevia and erythritol are healthy, natural and calorie free. There is a list of several several healthy and natural sweeteners in this article.

Yogurt can be incredibly healthy.

Unfortunately, most yogurts found in the grocery store are extremely bad for you.

They are frequently low in fat, but loaded with sugar to make up for the lack of taste that the fats provided.

Put simply, the yogurt has had the healthy, natural dairy fats removed, only to be replaced with something much, much worse.

Additionally, many yogurts don’t actually contain probiotic bacteria, as generally believed. They have often been pasteurized after fermentation, which kills all the bacteria.

Alternatives: Choose regular, full-fat yogurt that contains live or active cultures (probiotics). If you can get your hands on it, choose yogurt from grass-fed cows.

Low-carb diets are very popular these days, and have been for several decades.

There are plenty of real foods that you can eat on a low-carb diet, most of which are very healthy.

However, this is not true of processed low-carb replacement products, such as low-carb candy bars and meal replacements.

These are generally highly processed foods that contain very little actual nutrition, just a bunch of artificial ingredients mixed together and then sold as food.

Alternatives: If you’re on a low-carb diet, eat foods that are naturally low in carbs. Low-carb junk food is still junk food.

Ice cream is one of the most delicious foods on the planet.

Unfortunately, it is also one of the unhealthiest. Most commercial ice cream is loaded with sugar.

Ice cream is also high in calories, and it is very easy to eat excessive amounts. Eating it for dessert is even worse, because then you’re adding it all on top of your total calorie intake.

Alternatives: It is possible to make your own ice cream using healthier ingredients and significantly less (or no) sugar.

They are high in sugar, refined wheat flour and processed fats. They are also very low in essential nutrients.

Processed foods like candy bars are generally engineered to be super tasty (so you eat more), and have been designed so that it’s very easy to eat them quickly.

A candy bar may taste good and cause some short-term satiety, but you’ll be hungry again very quickly because of the way these high-sugar treats are metabolized.

Alternatives: Eat a piece of fruit instead, or a piece of real high-cocoa dark chocolate.

Studies show that people who eat processed meats have a higher risk of many serious diseases, including colon cancer, type 2 diabetes and heart disease.

Most of these studies are observational in nature, so they can not prove that the processed meat caused the diseases.

However, the statistical link is strong and consistent among studies, so I do believe there is something to it.

Alternatives: If you want to eat bacon, sausages, pepperoni and other “processed” meats, then choose wisely and try to buy them locally from sellers who don’t add a lot of unhealthy ingredients. Quality counts.

It is loaded with nutrients, and a single slice of cheese contains all the same nutrients as an entire glass of milk.

However, processed cheese products are nothing like regular cheese. They are mostly made with filler ingredients that are combined and engineered to have a similar look and texture as cheese.

Cheese is healthy, but processed cheese is not. Read labels, and make sure that the cheese you’re eating is actually cheese.

The majority of the food they offer is mass-produced, highly engineered junk food with very little nutritional value.

These places are often very cheap, but keep in mind that junk food costs you twice.

For every penny you save there, chances are that it’s going to cost you many times more in the future. Poor health is expensive.

Alternatives: Fortunately, all sorts of healthy fast food places have started to appear. Chipotle is one great example.

Coffee has been unfairly demonized.

It is actually very healthy, and loaded with antioxidants.

Studies also show that coffee drinkers have a lower risk of serious diseases, like type 2 diabetes and Parkinson’s.

Unfortunately, stuff is sometimes added to coffee that turns this wonderful beverage into harmful sludge.

If your “coffee” has a ton of artificial creamer and sugar, then it is NOT good for you.

It is loaded with liquid, empty calories, and will be just as unhealthy as any other sugar-sweetened beverage.

Alternatives: Drink plain coffee instead. Black is best, but small amounts of heavy cream or full-fat milk are fine as well.

19. Anything That is High in Sugar, Refined Grains and Vegetable Oils

One of the most important things you can do to eat healthier, is to read labels.

It is important to avoid (or at least minimize) foods that contain:

These are some of the unhealthiest (and most common) ingredients in the modern diet.

The importance of reading labels can not be overstated, and this applies to all foods, even so-called health foods.

By far the simplest way to eat healthy and lose weight, is to avoid processed foods as much as possible.

Put simply, if it looks like it was made in a factory, then it’s probably bad for you.

A good rule to remember, is that real food doesn’t need an ingredients list, because real food IS the ingredient.