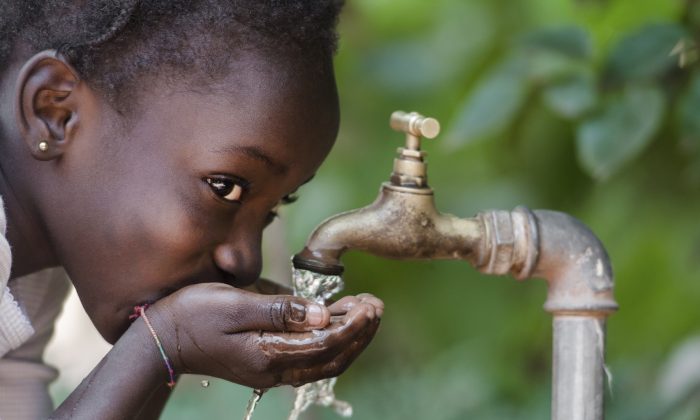 Dehydration from diarrhea, either from viral infection or cholera, accounts for 10 percent of all child deaths—a total of 700,000 children—worldwide each year.

Though it’s a pervasive problem, there are no clinical guidelines that perform better than chance for assessing dehydration severity. But now, researchers report that they statistically derived two simple diagnostic tools with high sensitivity and specificity from the cases of 771 children aged 0 to 5 in Dhaka, Bangladesh.

Named for the city where thousands of children suffer diarrhea-related dehydration every spring as cholera cases mount, the Dehydration: Assessing Kids Accurately (DHAKA) system includes both a simple scoring tool and a decision tree that clinicians can quickly apply when young patients arrive at a clinic.

Both tools require observing only a few symptoms that are readily apparent in a young child.

Assessing dehydration severity is crucial in resource-constrained clinics in developing countries. Clearly, undertreating a severe case has a cost, but so does over-treating a milder one. Clinics need to reserve intraveneous fluids for the most severely affected children. Less sick children can be rehydrated orally.

“You could miss kids with severe dehydration and not apply the correct treatment, and you could over-treat kids who don’t need it, which wastes precious resources,” says  Adam Levine, assistant professor of emergency medicine at Brown University. “Diagnosis matters not only for the health of the individual child but also from a public health and health economics standpoint.”

In past studies, researchers evaluated the performance of existing diagnostic systems, including the most prominent one developed by the World Health Organization. Levine analyzed the cases of 178 children in Rwanda and found that existing systems statistically didn’t perform better than chance.

Levine wanted to develop something that could. The mission brought him to the International Centre for Diarrhoeal Disease Research in Bangladesh in the spring of 2014. The center sees so many cases that Levine and colleagues could gather a lot of data on the symptoms children exhibit when they first present at the center and the eventual confirmed degree of their dehydration (as measured by how much fluid they needed to return to full health).

No Water For Tears

For the study, published in Global Health: Science and Practice, researchers tracked 10 potential symptoms to see which ones were accurately predictive of true dehydration severity.

The analysis found that just a few were needed to produce the combination of high sensitivity (does it detect dehydration severity?) and high specificity (does it rule out other possible problems?) needed to provide an accurate diagnosis.

For the DHAKA Dehydration Score these symptoms are the general appearance and demeanor of a child, how quickly skin returns to smooth after being pinched, whether breathing is unusually deep, and whether tears are absent or only barely present when the child is crying. A severely dehydrated child has no water to spare for tears.

For the DHAKA Dehydration Decision Tree, a two-step flowchart process, the symptoms were general appearance and, depending on that, either the skin pinch or whether the child’s eyes appeared sunken.

When analyzed to see how predictive they were of dehydration severity, the tools scored well, Levine said. On an overall measure of accuracy called AUC, which ranges from 0 to 1, the score rated a 0.8 and the tree rated a 0.76 for severe dehydration. The score’s sensitivity, on a percentage scale, was 83 percent for severe dehydration and its specificity was 57 percent. For the tree, sensitivity was 81 percent and specificity was 67 percent.

The next step was to further validate the tools by testing them in clinical practice with a new population of children. That occurred this spring at the center, and analysis of the results is pending.

How to Keep Your Children Hydrated This Summer

“The goal is that hopefully the DHAKA score or the DHAKA tree will validate well in this new population,” Levine said. “If it does, then we would say that it should be used clinically going forward as the standard of care.”

Other researchers at Brown and at the International Centre for Diarrhoeal Disease Research in Bangladesh are coauthors of the study.

This article was previously published by Brown University.  Republished via Futurity.org under Creative Commons License 4.0.