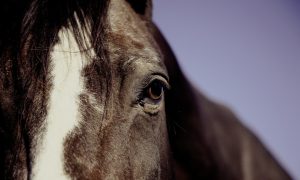 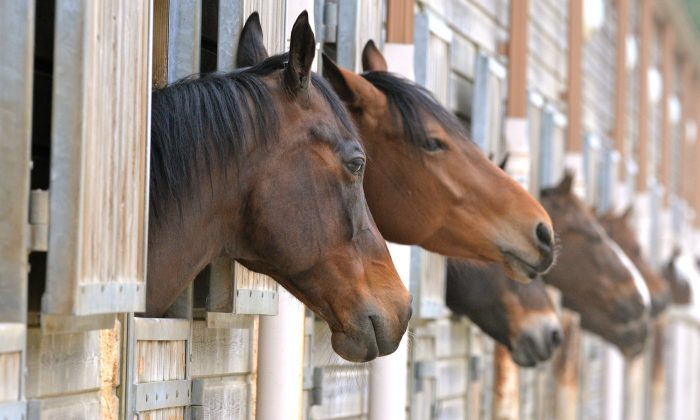 2 Clydesdales Horses Rescued from Frozen Lake After Escaping from Stable

Nothing serves as a better example of  the good in humanity than watching people come together to rescue animals in need. Just ask this pair of adorable Clydesdales!

Wilhelm and Gunther are a pair of draft horses from Quiet Valley Living Historical Farm in East Stroudsburg, Pennsylvania.  They live on the quaint, sprawling farm, where actors depict historic, colonial Pennsylvanian life, helping out the other actors with everything from farm work to leading tours.

"I saw two horse heads sticking up out of the ice. That was the only thing you saw," said Fire Chief Leon Clapper.

Two Clydesdales fall through ice on a frozen lake More

ICE RESCUE: Firefighters in Pennsylvania helped save two Clydesdales that fell into a frozen lake after escaping from a historic farm.Crews cut a path to guide the horses out of icy water. The two draft horses, named Gunther and Wilhelm, are both recovering and will be alright, caretakers say. https://abcn.ws/2SFJDwK

The pair thought it would be a fun adventure to escape the farm one day in February, taking off and dashing across a frozen lake nearby.

Unfortunately, the ice wasn’t quite strong enough to hold the pair of massive horses—and both ended up falling through the ice as it cracked, ending up submerged in the freezing lake and stuck without a way out.

“We were all standing right here this morning and we just like wondering what was going to happen,” Taylor Tomasello, who witnessed the incident, told Fox56.

On Saturday February 16th, at about 8:15 am a neighbor called Search and Rescue. Our two draft horses, Wilhelm and…

A nearby neighbor called 9-1-1 when they saw the horses had no way to swim to shore, but it wasn’t an easy rescue. It took emergency personnel from multiple nearby towns, who all came and trenched their way through the ice to create a path back to shore for the horses, to bring Wilhelm and Gunther back to safety!

“I saw two horse heads sticking up out of the ice. That was the only thing you saw,” said Blue Ridge Hook & Ladder Fire Company Chief Leon Clapper, per InspireMore. “You’ve got to trench your way to get them back because of the weight there was no way we were going to pick them up, put them on the ice and slide them out in a boat.”

We cannot begin to thank all of the first responders, rescuers, and fireman who came to the help of our horses. Without…

In the end, though, it truly took a village to walk away with a successful rescue. Between the Blue Ridge Hook and Ladder, Stroud Township Fire Company, Shawnee Fire Company, Wind Gap Fire Company, Northeast Search and Rescue, Portland PA Fire Company, Cross River Veterinarians, Quiet Valley Staff and Volunteers, there were enough resources to get the horses out and on dry land again—where they’re now recovering, safe and sound!

“I hope they’ve learned their lesson. But probably not,” said Katherine Muller, executive director of Quiet Valley Living Historical Farm. “They like to go exploring more often than we’d really prefer them to.”

The farm has confirmed that they’re now working on repairing the paddock that the horses managed to break free from, but that both Wilhelm and Gunther are no worse for wear; they’re simply enjoying their new roles as TV stars, thanks to all the attention they’ve gotten lately.

“We are currently working on repairing and reinforcing the fencing in the pasture and paddock as well looking at long term solutions,” they wrote on Facebook. “We will be working closely with the vets to make sure Wilhelm and Gunther are having the best diet and health care for their recoveries.”

“I was worried if they were gonna have any issues getting up in the first place, but luckily they both did that pretty quickly, which was incredible, and then we always worry about muscle damage and soreness from the exertion of trying to keep themselves afloat,” explained Kelly Corcoran from Cross River Veterinary Service.

It’s safe to assume that these two won’t be going on any wild adventures again any time soon!

Two horses are doing better after a rescue Saturday on an icy lake in Monroe County. https://t.co/NTeOmOubkk