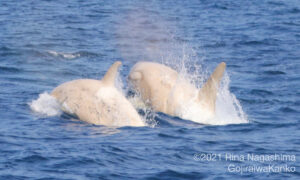 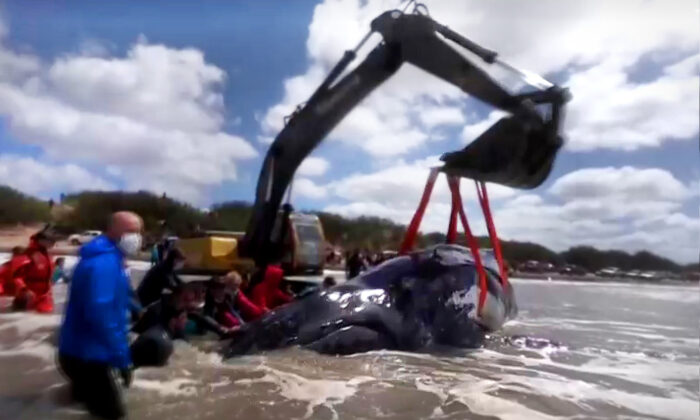 Rescuers came to the aid of two stranded humpback whales on the province of Buenos Aires’s coastline in Argentina, saving both whales within 48 hours.

The first whale, a juvenile female humpback weighing approximately 8 tons and measuring 32 feet long, ran aground on Sunday, Oct. 3, according to the Mundo Marino Foundation, near the beaches of Nueva Atlantis.

A neighbor alerted the foundation, who performed the rescue with assistance from various Argentinian officials.

Despite initial difficulties, the rescuers secured slings under the whale’s body and used a backhoe to place her in deeper waters.

The second whale, a juvenile humpback male measuring over 27 feet long and weighing about 7 tons, was found near La Lucila del Mar on Monday, Oct. 4.

This video shows the rescue of the two whales, who both swim off amid cheers from rescuers.