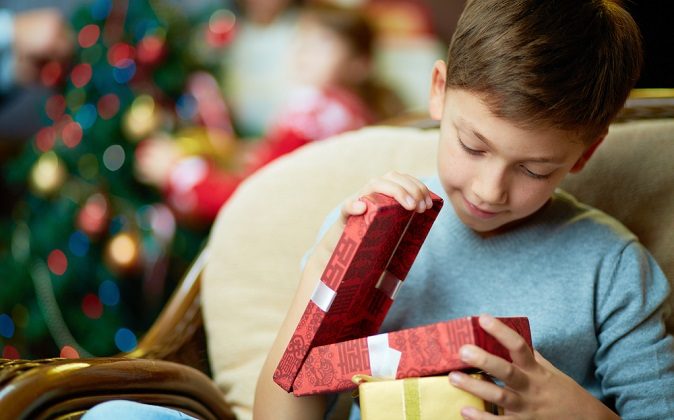 Christmas wouldn’t be complete without presents of course. Here are some of the stories shared by a Reddit user who asked for some of the more awkward situations when it came to giving presents to loved ones.

1. I had left some video games in my mom’s room. She found them and assumed my dad had bought them as Christmas gifts for me. So for Christmas, I got my own games.

2. In the late ’70s, all the cool kids wore Ocean Pacific brand clothing. We were kinda poor, so my mom and grandma made most of our clothes. My grandma made me pants and hand stitched the letters O and P on the pockets. Looked nothing like the real thing. I had to wear them.

3. My grandparents are notorious re-gifters. There was this old, broken pinball game thing that every time they’d gift to one of us, and we’d leave it at their house. Then they would find it and gift it again in a couple years, like we’d forgotten. One time they gave my mom three wine glasses. One was chipped.

4. My uncle presented my family with a very large gourd once. In the middle of a restaurant. No one wanted it. We left it there.

5. When I was a kid, my grandma heavily favored me over my little sister. One year she bought me a cool set of Pokemon, which was my absolute favorite thing at the time. She bought my sister a weasel ball, i.e. a toy meant for cats.

6. My grandmother gave my boyfriend a coffee mug with a German Shepherd dog on it. He has never owned nor expressed any interest in German Shepherds.

He uses it at work. It’s a great conversation starter.

“Oh do you have a German Shepherd?”

7. My cousin had died in a drunk driving accident a few months before, so my mom got me a breathalyzer key chain. It wouldn’t have been so bad, but the card it came with said it was “from” my cousin. I see what my mom was trying to do, but still f—ed up, in my opinion.

8. My wife’s grandmother is a complete narcissist, and one year she gave everybody in her family, including kids under the age of 10, handmade tree ornaments with a picture of herself in the middle. This was so “no one would forget their grandmother at Christmas.”

It’s been 20 years, but I still make my wife hang it since I find it hilarious. Never in my life have I seen a single object capture the whole of someone’s personality so completely. It’s like we own her grandmother’s soul.

9. This wasn’t my gift, but it was the most awkward situation ever. So a few years ago my grandma had her legs amputated. Don’t feel bad. Since then, her health has improved a ton. Anyway, last Christmas my Aunt bought her socks. It was so awful.

10. For me, my family was doing a Chinese gift exchange last year where you buy a random gift, and when everyone gets together, you put your gifts in a circle and pull numbers out of a hat. This number determines what order you pick gifts in.

Anyhow, it was my turn to go. I picked up the one box that looked the most promising. I proceeded to shake the box very violently, only to hear * THUD * THUD * THUD * THUD * every time. The person who bought the gift started freaking out and told me to stop and open it. She bought a budgie bird and put it in there.

So here I was, stuck with this brain damaged bird that I had to take home with me and was scarred for life from being in that box.

11. My sister bought me a “Pet Rock” I made a big thing of it and ran out to the gravel driveway and released it into the wild.

Many years later (a few months at best) I pointed it out to her and said, “It seems to have thrived in the wild” I never received another ‘stupid’ gift again from anyone.

12. I received a dictionary from my parents with the price sticker was still stuck on it, they bought it for 5 dollars. I wasn’t even mad — I didn’t get anything the year before.

13. My father decided that is was a great idea to give his medically constipated son toilet paper and wet wipes in front of the whole family as a “joke.”