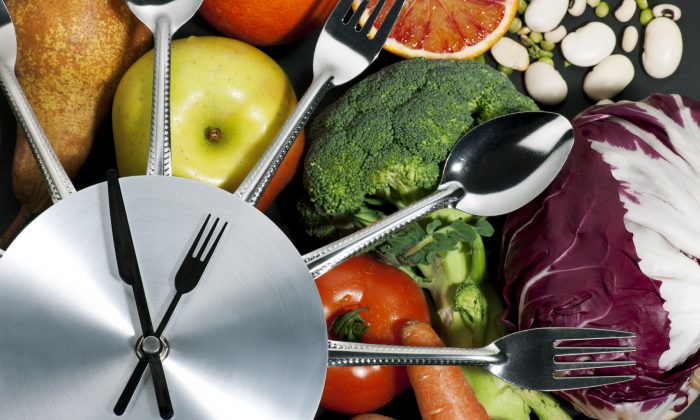 11 Myths About Fasting and Meal Frequency

This is an eating pattern that cycles between periods of fasting and eating.

However, there are still all sorts of myths surrounding this topic.

This article debunks the 11 most common myths about fasting, snacking and meal frequency.

1. Skipping Breakfast Will Make You Fat

“Breakfast is the most important meal of the day.”

There is an ongoing myth that there is something “special” about breakfast.

Although many observational studies have found statistical links between breakfast skipping and overweight/obesity, this may be explained by the fact that the stereotypical breakfast skipper is less health-conscious overall.

Interestingly, this matter was recently settled in a randomized controlled trial, which is the gold standard of science.

This study was published in 2014 and compared eating breakfast vs skipping breakfast in 283 overweight and obese adults.

It doesn’t make any difference for weight loss whether you eat or don’t eat breakfast.

After a 16-week study period, there was no difference in weight between groups.

This study shows that it doesn’t make any difference for weight loss whether you eat or don’t eat breakfast, although there may be some individual variability.

However, there are some studies showing that children and teenagers who eat breakfast tend to perform better at school.

There are also studies on people who have succeeded with losing weight in the long term, showing that they tend to eat breakfast.

This is one of those things that varies between individuals. Breakfast is beneficial for some people, but not others. It is not essential and there is nothing “magical” about it.

Bottom Line: Eating breakfast can have benefits for many people, but it is not essential. Controlled trials do not show any difference between eating and skipping breakfast for the purpose of weight loss.

“Eat many, small meals to stoke the metabolic flame.”

Many people believe that eating more meals leads to increased metabolic rate, so that your body burns more calories overall.

It is true that the body expends a certain amount of energy digesting and assimilating the nutrients in a meal.

On average, the thermic effect of food is somewhere around 10% of the total calorie intake.

However, what matters here is the total amount of calories consumed, not how many meals you eat.

Eating six 500-calorie meals has the exact same effect as eating three 1000-calorie meals. Given an average thermic effect of 10%, it is 300 calories in both cases.

This is supported by numerous feeding studies in humans, showing that increasing or decreasing meal frequency has no effect on total calories burned.

Bottom Line: There is no difference in calories burned if you eat more frequently. Total calorie intake and macronutrient breakdown is what counts.

Interestingly, several studies have looked at this, and the evidence is mixed.

Although some studies suggest that more frequent meals lead to reduced hunger, other studies find no effects, and yet others show increased hunger levels.

There is no evidence that snacking or eating more often reduces hunger for everyone.

That being said, this may depend on the individual. If snacking helps you experience fewer cravings and makes you less likely to binge, then it is probably a good idea.

However, there is no evidence that snacking or eating more often reduces hunger for everyone. Different strokes for different folks.

4. Many, Smaller Meals Can Help You Lose Weight

Frequent meals do not boost metabolism (increase calories out).

They also do not seem to reduce hunger (reduce calories in).

If eating more frequently has no effect on the energy balance equation, then it shouldn’t have any effect on weight loss.

In fact, this is supported by science. Most studies on this do show that meal frequency has no effect on weight loss.

For example, a study in 16 obese men and women did not find any difference in weight, fat loss or appetite when comparing 3 and 6 meals per day.

However, if you find that eating more often makes it easier for you to eat fewer calories and less junk food, then perhaps this is effective for you.

Personally I find it to be ridiculously inconvenient to eat so often, making it even harder to stick to a healthy diet. But it may work for some people.

Bottom Line: There is no evidence that changing your meal frequency helps you lose more weight. Most studies show that there is no difference.

5. The Brain Needs a Constant Supply of Glucose

Some people believe that if we don’t eat carbs every few hours, that our brains will stop functioning.

This is based on the belief that the brain can only use glucose (blood sugar) for fuel.

However, what is often left out of the discussion is that the body can easily produce the glucose it needs via a process called gluconeogenesis.

This may not even be needed in most cases, because your body has stored glycogen (glucose) in the liver that it can use to supply the brain with energy for many hours.

Even during long-term fasting, starvation or a very low-carbohydrate diet, the body can produce ketone bodies from dietary fats.

Ketone bodies can provide energy for part of the brain, reducing its glucose requirement significantly.

So, during a long fast, the brain can easily sustain itself using ketone bodies and glucose produced from proteins and fats.

It also makes no sense from an evolutionary perspective that we shouldn’t be able to survive without a constant source of carbohydrate. If that were true, then humans would have become extinct a long time ago.

However, some people do report that they feel hypoglycemic when they don’t eat for a while. If this applies to you, then perhaps you should stick to a higher meal frequency, or at least ask your doctor before changing things.

Bottom Line: The body can produce glucose to supply the brain with energy, even during long-term fasts or starvation. Part of the brain can also use ketone bodies for energy.

6. Eating Often and Snacking is Good For Health

It is simply not “natural” for the body to be constantly in the fed state.

When humans were evolving, we had to endure periods of scarcity from time to time.

There is evidence that short-term fasting induces a cellular repair process called autophagy, where the cells use old and dysfunctional proteins for energy.

Autophagy may help protect against aging and diseases like Alzheimer’s disease, and may even reduce the risk of cancer.

The truth is that fasting from time to time has all sorts of benefits for metabolic health.

The truth is that fasting from time to time has all sorts of benefits for metabolic health.

There are also some studies suggesting that snacking, and eating very often, can have negative effects on health and raise your risk of disease.

For example, one study found that, coupled with a high calorie intake, a diet with more frequent meals caused a greater increase in liver fat, indicating that snacking may raise the risk of fatty liver disease.

There are also some observational studies showing that people who eat more often have a much higher risk of colorectal cancer.

One common argument against intermittent fasting is that it can put your body in “starvation mode.”

According to the claims, not eating makes your body think it is starving, so it shuts down its metabolism and prevents you from burning fat.

It is actually true that long-term weight loss can reduce the amount of calories you burn. This is the true “starvation mode” (the technical term is adaptive thermogenesis).

This is a real effect, and can amount to hundreds of fewer calories burned per day.

This is due to a drastic increase in blood levels of norepinephrine (noradrenaline), which tells the fat cells to break down body fat and stimulates metabolism.

Studies show that fasting for up to 48 hours can actually boost metabolism by 3.6-14%. However, if you fast much longer than that, the effect can reverse and metabolism can go down compared to baseline.

One study showed that fasting every other day for 22 days did not lead to a decrease in metabolic rate, but the participants lost 4% of their fat mass, which is impressive for a period as short as 3 weeks.

Bottom Line: It is false that short-term fasting puts the body in “starvation mode.” The truth is that metabolism actually increases during fasts of up to 48 hours.

8. The Body Can Only Use a Certain Amount of Protein Per Meal

There are some who claim that we can only digest 30 grams of protein per meal, and that we should eat every 2-3 hours to maximize muscle gain.

However, this is not supported by science.

Studies do not show a difference in muscle mass if you eat your protein in more frequent doses.

The most important factor for most people is the total amount of protein consumed, not how many meals it is spread over.

Bottom Line: The body can easily make use of more than 30 grams of protein per meal, and it is not necessary to get protein in your body every 2-3 hours.

Some believe that if we fast, that our bodies will start burning muscle and using it for fuel.

In fact, some studies even suggest that intermittent fasting is better for maintaining muscle mass.

There was also a study that had participants eat the same amount of calories as they were used to, except in one huge meal in the evening.

These people lost body fat and actually had a modest increase (almost statistically significant) in their muscle mass, along with a bunch of other beneficial effects on health markers.

Intermittent fasting is also popular among many bodybuilders, who find it to be an effective way to maintain high amounts of muscle with a low body fat percentage.

Bottom Line: There is no evidence that fasting causes more muscle loss than conventional calorie restriction. In fact, some studies show that intermittent fasting may be beneficial for holding on to muscle mass while dieting.

10. Intermittent Fasting is Bad For Your Health

Some people think that fasting can be downright harmful, but nothing could be farther from the truth.

For example, intermittent fasting changes the expression of genes related to longevity and protection against disease, and has been shown to prolong lifespan in test animals.

It also has major benefits for metabolic health, such as improved insulin sensitivity, reduced oxidative stress and inflammation, and a reduction in various risk factors for heart disease.

It may also be good for brain health by boosting levels of a brain hormone called brain-derived neurotrophic factor (BDNF). This may be protective against depression and various other brain problems.

Bottom Line: Some think that fasting is harmful, but this is the opposite of the truth. Short-term fasting actually has powerful benefits for your body and brain.

Some claim that intermittent fasting won’t cause weight loss, because it causes you to overeat during the eating periods.

This is partly true. After a fast, people automatically tend to eat a little bit more than if they hadn’t been fasting.

In other words, they compensate for the calories “lost” during the fast by eating more during the next few meals.

However, this compensation isn’t complete. One study showed that people who fasted for a whole day only ended up eating about 500 extra calories the next day.

So they expended about 2400 calories during the fasting day, then “overate” by 500 calories the day after. The total reduction in calorie intake was then 1900 calories, which is a very large deficit for only 2 days.

Because of these factors, intermittent fasting makes you lose fat, not gain it.

The truth is, intermittent fasting is one of the world’s most powerful tools to lose weight.

Saying that it makes you overeat, go into “starvation mode” and end up gaining weight is the exact opposite of the truth.