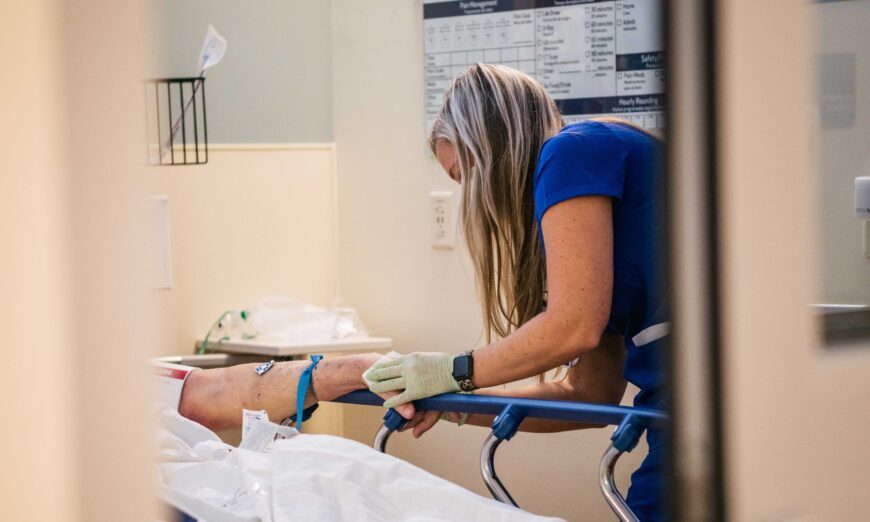 An emergency room nurse tends to a patient in a file photo. (Brandon Bell/Getty Images)