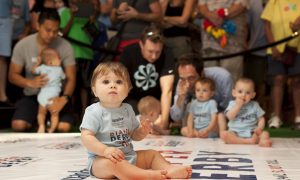 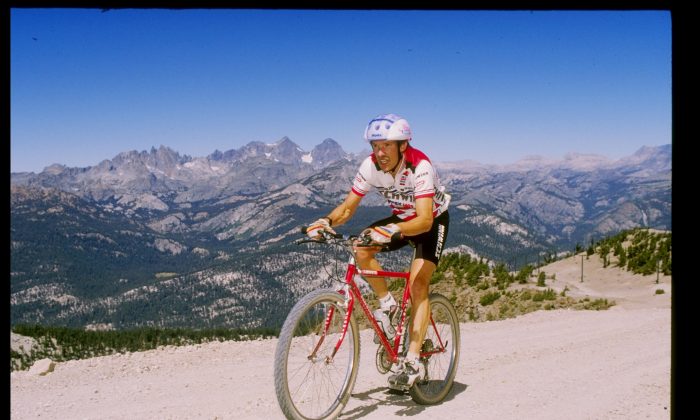 10 Races for Every Fitness Level

All year round there are a number of great races to get your blood pumping and have some fun. But which is right for you? We’ve broken down some of the biggest and toughest races in the country (and beyond) by difficulty to help you satisfy your competitive spirit, no matter what your fitness level.

For the more light-hearted racers, there’s the Drenched 5K. Inspired by the fun of summer, this run combines the madness of a giant water fight with a run distance that should accommodate most fitness levels. Not only will runners be faced with foam, sprinklers and misting tunnels, but also water warfare on a level never dreamed by the kid in all of us: fire hoses manned by firefighters. And to really top it off? Many of the race locations feature a 100 ft. long slip ‘n’ slide finish.

If you’re looking for a race made expressly with friends in mind, try the Muddy Buddy Adventure Series. Taking place across the country, teams of two or more run together through a 3-4.5 mile (or 6-7 mile for bikers) off-road obstacle course. The twist here is that many of the obstacles require teamwork, so make sure you don’t leave your buddy behind!

If you’re a fan of horror, then you’d be hard pressed to find a better race than the undead-inspired “Run for Your Lives.” The obstacles, much like the undead themselves, are a combination of manmade and natural elements. In the race, you can participate as either a “runner,” or at a reduced registration rate, a zombie (including a professional zombie “transformation,” no bite required). And with obstacles with names like the Blood Pit, the Smoke House and the Maze, your pulse may quicken before the race even starts.

Price: Varies based on location, typically between $60-100

One of the most well-known races, the Spartan Race looks to unleash the warrior in you. There are 4 distances of races, ranging from 3 miles for beginners up to the insane Ultra Beast Marathon. It promises to test your strength, endurance, decision-making and every other trait necessary on the field of battle. And, if you feel like being incredibly sore on a vacation, Spartan races are scheduled all around the globe.

Who said you can’t get in some sightseeing while running an endurance race? The annual “race of all the superlatives” takes runners across three countries, France, Italy and Switzerland. And have your lungs in order, because this 103-mile tour of the Alps is high-altitude (with 9,600m of positive height gain). While the top finishers come in at around the 20-hour mark, most others reach the finish at around 46 hours. If you’re interested, you’ll have to plan early; you must have finished relevant qualifying races that year to be considered.

As you can probably tell from the terrifying domain name, the Death Race Challenge in Pittsfield, Vermont is nothing to take lightly. Comprised of mud runs, obstacles, trail racing and more over the course of 48 hours, you’re sure to be pushed to your limits. How can we be so sure? It involves a 10-mile route guaranteed to test your cardio, muscular endurance and most likely your sanity. Participants’ mental acuity is also tested, as they’re made to memorize lists of U.S. Presidents and assemble Lego® blocks in specific configurations (of course, only after retrieving Legos® from the bottom of a pond and finding the sculpture to recreate by crawling under barbed wire).

Not for the budget-conscious or faint of heart, this race will literally take you to the frozen continent for a race that’s sure to test even the toughest mudder’s will. The Marathon takes place at 80 degrees South (just a few hundred miles from the South Pole), at about 700 meters above sea level and a -20 degree wind chill as your only companion. There are also 100K, Half-Marathon and Antarctic Mile races for those who feel a little less adventurous.

Price: 10,500 Euros (or $13,917 American) includes airfare from Punta Arenas, Chile to the Union Glacier camp in the Antarctic, as well as accommodations and food for the entirety of the five-day trip.

If you’re not a cold weather fan (and are in possession of a healthy amount of crazy), then you might be interested in the Marathon des Sables in Morocco. Laid across 150 miles of the barren Sahara desert, you’ll carry all of your food and supplies on your back, battle dehydration and try to avoid getting lost in the tundra. The race is broken into several stages with time limits to reach each one, as well as plenty of water for racers.

For those of you who enjoy a little shade in the summertime, may we suggest Brazil’s Jungle Marathon? Taking place deep inside the Amazon rainforest, runners must carry their own supplies over 240 kilometers in just six days. Along the way, they’ll make their way through swamps teeming with deadly snakes, scorpions, jaguars and even electric eels (native to the region). If you’re feeling brave, start brushing up on your Portuguese (or at least just learn to say “please help me remove this jaguar from my arm.”)

Sure, up to this point we’ve seen some pretty scary-sounding names. Death race, hell run, etc. But the real terror of this race comes when you hear the full name: the Brutal Double Iron Triathlon. Scheduled for this September in the Snowdonia National Park in North Wales, this race is the stuff nightmares are scared of. It kicks off with a 7.7 km (4.78mi) swim through frigid Lake Padam, followed by a hilly 360km (223mi) bike ride and topped off with a brutal 83km (51.5mi) run that includes going up and down Snowden (the highest mountain in Wales). For those of you who haven’t changed your mind out of complete terror, you can expect for the whole race to take about 42 hours. And after you complete it, don’t be surprised if the military show up at your house, because you might be a superhero.