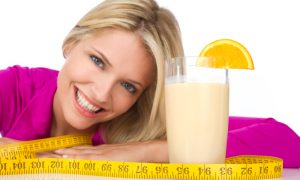 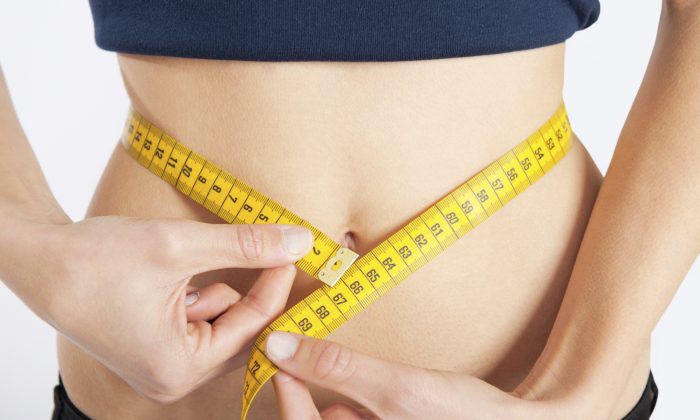 Low-carb diets have been controversial for decades.

They were originally demonized by fat-phobic health professionals and the media.

People believed that these diets would raise cholesterol and cause heart disease because of the high fat content.

However… times are changing.

Since the year 2002, over 20 human studieshave been conducted on low-carb diets.

In almost every one of those studies, low-carb diets come out ahead of the diets they are compared to.

Not only does low-carb cause more weight loss, it also leads to major improvements in most risk factors… including cholesterol.

Here are the 10 proven health benefits of low-carb and ketogenic diets.

1. Low-Carb Diets Kill Your Appetite (in a Good Way)

Hunger is the single worst side effect of dieting.

It is one of the main reasons why many people feel miserable and eventually give up on their diets.

One of the best things about eating low-carb is that it leads to an automatic reduction in appetite.

The studies consistently show that when people cut carbs and eat more protein and fat, they end up eating much fewer calories.

In fact… when researchers are comparing low-carb and low-fat diets in studies, they need to actively restrict calories in the low-fat groups to make the results comparable.

Bottom Line: When people cut carbs, their appetite tends to go down and they often end up eating much fewer calories without trying.

Cutting carbs is one of the simplest and most effective ways to lose weight.

One of the reasons for this is that low-carb diets tend to get rid of excess water from the body. Because they lower insulin levels, the kidneys start shedding excess sodium, leading to rapid weight loss in the first week or two.

In studies comparing low-carb and low-fat diets, the low-carbers sometimes lose 2-3 times as much weight, without being hungry.

Low-carb diets appear to be particularly effective for up to 6 months, but after that the weight starts creeping back up because people give up on the diet and start eating the same old stuff.

It is much more appropriate to think of low-carb as a lifestyle, NOT a diet. The only way to succeed in the long-term is to stick to it.

However, some people may be able to add in healthier carbs after they have reached their goal weight.

Bottom Line: Almost without exception, low-carb diets lead to more weight loss than the diets they are compared to, especially in the first 6 months.

3. A Greater Proportion of The Fat Lost Comes From The Abdominal Cavity

Not all fat in the body is the same.

It’s where that fat is stored that determines how it will affect our health and risk of disease.

Most importantly, we have subcutaneous fat (under the skin) and then we have visceral fat (in the abdominal cavity).

Visceral fat is fat that tends to lodge around the organs.

Having a lot of fat in that area can drive inflammation, insulin resistance and is believed to be a leading driver of the metabolic dysfunction that is so common in Western countries today.

Not only do they cause more fat loss than low-fat diets, an even greater proportion of that fat is coming from the abdominal cavity.

Over time, this should lead to a drastically reduced risk of heart disease and type 2 diabetes.

Bottom Line: A large percentage of the fat lost on low-carb diets tends to come from the harmful fat in the abdominal cavity that is known to cause serious metabolic problems.

4. Triglycerides Tend to go Way Down

It is well known that fasting triglycerides, how much we have of them in the blood after an overnight fast, are a strong heart disease risk factor.

When people cut carbs, they tend to have a very dramatic reduction in blood triglycerides.

Compare this to low-fat diets, which can cause triglycerides to go up in many cases.

Bottom Line: Low-carb diets are very effective at lowering blood triglycerides, which are fat molecules in the blood and a well known risk factor for heart disease.

It’s actually wrong to call it “cholesterol”… all cholesterol molecules are the same.

HDL and LDL refer to the lipoproteins that carry cholesterol around in the blood.

It is well known that the higher your levels of HDL, the lower your risk of heart disease will be.

One of the best ways to increase HDL levels is to eat fat… and low-carb diets include a lot of fat.

Therefore, it is not surprising to see that HDL levels increase dramatically on low-carb diets, while they tend to increase only moderately or even go down on low-fat diets.

By lowering triglycerides and raising HDL levels, low-carb diets lead to a major improvement in this ratio.

Bottom Line: Low-carb diets tend to be high in fat, which leads to an impressive increase in blood levels of HDL, often referred to as the “good” cholesterol.

6. Reduced Blood Sugar and Insulin Levels, With a Major Improvement in Type 2 Diabetes

When we eat carbs, they are broken down into simple sugars (mostly glucose) in the digestive tract.

From there, they enter the bloodstream and elevate blood sugar levels.

Because high blood sugars are toxic, the body responds with a hormone called insulin, which tells the cells to bring the glucose into the cells and to start burning or storing it.

For people who are healthy, the quick insulin response tends to minimize the blood sugar “spike” in order to prevent it from harming us.

However… many, many people have major problems with this system. They have what is called insulin resistance, which means that the cells don’t “see” the insulin and therefore it is harder for the body to bring the blood sugar into the cells.

This can lead to a disease called type 2 diabetes, when the body fails to secrete enough insulin to lower the blood sugar after meals. This disease is very common today, afflicting about 300 million people worldwide.

There is actually a very simple solution to this problem… by cutting carbohydrates, you remove the need for all of that insulin. Both blood sugars and insulin go way down.

According to Dr. Eric Westman, who has treated many diabetics using a low-carb approach, he needs to reduce their insulin dosage by 50% on the first day.

In one study in type 2 diabetics, 95.2% had managed to reduce or eliminate their glucose-lowering medication within 6 months.

If you are currently on blood sugar lowering medication, then talk to your doctor before making changes to your carbohydrate intake, because your dosage may need to be adjusted in order to prevent hypoglycemia.

Bottom Line: The best way to lower blood sugar and insulin levels is to reduce carbohydrate consumption. This is also a very effective way to treat and possibly even reverse type II diabetes.

7. Blood Pressure Tends to go Down

Having elevated blood pressure (hypertension) is an important risk factor for many diseases.

This includes heart disease, stroke, kidney failure and many others.

Low-carb diets are an effective way to reduce blood pressure, which should lead to a reduced risk of these diseases and help you live longer.

Bottom Line: Studies show that reducing carbs leads to a significant reduction in blood pressure, which should lead to a reduced risk of many common diseases.

8. Low-Carb Diets Are The Most Effective Treatment Known Against Metabolic Syndrome

The metabolic syndrome is a medical condition that is highly associated with the risk of diabetes and heart disease.

It is actually a collection of symptoms:

The good news is… all five symptoms improve dramatically on a low-carb diet.

Unfortunately, the government and major health organization still recommend a low-fat diet for this purpose, which is pretty much useless because it does nothing to address the underlying metabolic problem.

Low Density Lipoprotein (LDL) is often referred to as the “bad” cholesterol (again, it is actually a protein).

It is known that people who have high LDL are much more likely to have heart attacks.

However… what scientists have now learned is that the type of LDL matters. Not all of them are equal.

It turns out that low-carb diets actually turn the LDL particles from small to large, while reducing the number of LDL particles floating around in the bloodstream.

Bottom Line: When you eat a low-carb diet, your LDL particles change from small (bad) LDL to large LDL – which is benign. Cutting carbs may also reduce the number of LDL particles floating around in the bloodstream.

It is often claimed that glucose is necessary for the brain… and it’s true.

Some part of the brain can only burn glucose. That’s why the liver produces glucose out of protein if we don’t eat any carbs.

But a large part of the brain can also burn ketones, which are formed during starvation or when carbohydrate intake is very low.

This is the mechanism behind the ketogenic diet, which has been used for decades to treat epilepsy in children who don’t respond to drug treatment.

In many cases, this diet can cure children of epilepsy. In one study, over half of children on a ketogenic diet had a greater than 50% reduction in seizures. 16% of the children became seizure free.

Very low-carb/ketogenic diets are now being studied for other brain disorders as well, including Alzheimer’s disease and Parkinson’s disease.

Have you ever tried a low-carb diet? What did you experience, either positive or negative?