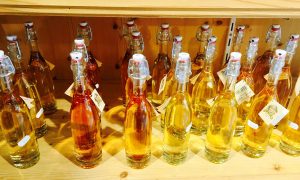 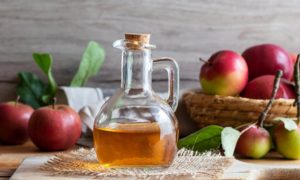 Is Apple Cider Vinegar Good for You? A Doctor Weighs In
0 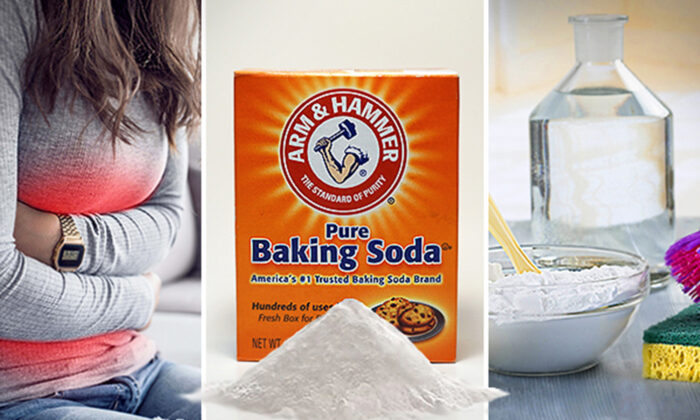 Almost every household in America probably has a box of baking soda sitting somewhere in their closet or pantry. It’s used in baking, causing dough to rise and helping to properly churn out cakes and loaves of bread.

You don’t have to be an avid baker to find the household chemical useful, though. For generations, baking soda has been used for more than just kitchen endeavors—and as an inexpensive and easy-to-find purchase, it’s worth keeping a box of the stuff around to help you out in your own home.

So what are some of the most useful—if unexpected—reasons to keep baking soda around?

If you look at the ingredient list on your toothpaste, chances are you’ll see sodium bicarbonate—which is the chemical name for baking soda. If you’re looking to cut some costs at home, you can cut out buying regular toothpaste altogether; in theory, baking soda alone works just fine.

It may not have the same super minty-fresh taste of a typical toothpaste, but baking soda works wonders. It not only can work to whiten your teeth, attracting some of the plaque that can cause bad breath and yellowing of the enamel, but it can keep your teeth healthier, too. The chemical properties of baking soda work to neutralize the acids that can eat away at your teeth, keeping them healthy for longer.

The only thing to look out for is sensitivity. If you use pure baking soda too often, especially if you mix it with either lemon or hydrogen peroxide, it can cause your teeth and gums to feel more sensitive.

If your kids love to spend time outdoors, chances are they’ve come inside with a massive sunburn or legs full of mosquito bites at some point or another.

One of the easiest and most effective ways to soothe the itching and pain that bites and burns can cause is to make up a baking soda bath. It can relieve diaper rash in babies and work to soothe acne, to boot.

A little bit goes a long way, so don’t overdo it; all you need is a spoonful in the bathwater to let the chemical compound work its magic.

Like with your teeth, though, make sure not to overdo it. Too much skin exposure to baking soda can cause irritation, meaning that you should always keep an eye on your children or babies if you try using baking soda as a home remedy for a skin problem.

If you’ve ever opened up your mom’s fridge and seen an already-opened box of baking soda sitting toward the back of a shelf, chances are she didn’t just forget to shut it properly—she’s using it to keep odors from leftovers and other pungent plates from permeating the space.

Baking soda neutralizes odors well because it doesn’t just mask them—it absorbs them. The compound attracts the bacteria that cause the smells and “eliminates” them, leaving your fridge free from the weird clash of scents and flavors that you can end up with.

In order for this to work, though, you have to provide a wide and exposed surface area of baking soda. So while you may think that just opening up the corner of the box will do the trick, you’re better suited to spread baking soda on a plate or open up the entire top of the box.

You won’t want to use baking soda on diamonds or other precious gems, because it can damage the stones. But if you’re looking to clean basic sterling silver or other metal-based jewelry without having to take it in to a cleaner, baking soda is a great option.

Soak your jewelry in a boiling pot of baking soda, salt, and water, then remove it with tongs after a few minutes. When you pat it dry, it should have returned to its original level of shine—and all without forking over tons of cash.

Nowadays, it seems like there are hundreds of products on the market that can take even a red-wine-stained shirt and leave it perfectly clean and crisp once again.

A lot of these products are plenty effective, but you pay the price for their efficacy; they tend to require that you shell out a good bit of cash to pick them up, and they can often come with extra scents and chemicals that aren’t usually so good for your skin.

Some recommend simply using bleach to get out tough stains, but baking soda is a more gentle, universal option to use. It can both clean and whiten your clothes, eliminating lingering odors in the process and even cleaning your washing machine.

To use it, just add a cup of baking soda when you put in your detergent before starting a load of laundry. It isn’t going to kill germs in the same way that bleach would, but it’s a more universal option—so you can add it every time you do a load to keep everything fresh and nice.

If the household cleaner aisle has started to look a little overwhelming, you can always just head straight for a box of baking soda—and like your clothes, your body, and your fridge, you can get rid of odors and stains.

You’ll want to wipe away big piles of crumbs or dirt before trying to use baking soda to clean up, but you can get rid of stains on your counters and permeating odors just by mixing some baking soda with water and scrubbing away with a rag or sponge. The best part is that there’s nothing dangerous about ingesting baking soda—so your kids and your pets won’t be at risk if there’s still some residue left on the floors or counters after you’re finished tidying up.

We’ve already mentioned that baking soda can neutralize acid in your mouth to protect your teeth—but if you have an upset stomach, it can provide the same kind of relief inside your body.

Ingesting baking soda can soothe indigestion, neutralizing the acid in your stomach to settle your insides. That same acid-neutralizing quality can work to aid with certain types of chemotherapy, which become toxic in the presence of too much acid, and can even help your body neutralize acid if you’re dealing with kidney disease and the organ no longer removes the acid from your blood on its own.

Most people think of baking as the primary kitchen use for baking soda—hence the name—but if you’re looking to soften your veggies and even remove pesticides, baking soda is great for prepping those healthy snacks, too.

A study conducted revealed that baking soda seems to work to eliminate certain pesticides, which could revolutionize the way that health-conscious families avoid the chemicals without breaking the bank. Just mix baking soda with water and let the veggies soak for 10–15 minutes before cooking. It should do the trick!

Chances are, anyone who has ever tried to get a little adventurous in the kitchen has started a fire of some sort. Even the best of us have sparked small grease fires—which can be scary and tough to put out.

Baking soda releases carbon dioxide, which smothers oxygen-starved flames. So pouring some of the fine powder over a small grease fire can be an easy way to put it out without having to bust out the big guns.

Of course, it’s important to remember that you need to fully smother a fire to put it out, so you’ll need a lot of baking soda to cover the surface of the flames. This means that unless you’re keeping buckets full of the stuff in your pantry, it’s really only an effective option if you’re dealing with a small fire; if you’re dealing with a legit blaze in the kitchen, get out the fire extinguisher after you call 911! Even if you keep baking soda in your house to fight the little stuff, it’s important to keep a more heavyweight option around the house just in case.

If you’ve been paying attention, you’ve noticed that baking soda is a great option for eliminating odors. That doesn’t just have to be for clothes and the air, though—you can technically use sodium bicarbonate to keep your own body from offending those around you.

There are recipes for homemade baking soda deodorant, which take just seconds to make. All you have to do is sprinkle baking soda on a washcloth and swipe it under your arms—but if you want some scent to it, just add some cornstarch to help it last on the shelf and add a few drops of your favorite scent or essential oil. Store it in a jar or airtight container and voila; you’ve managed to keep your body smelling nice without buying aluminum-filled products.