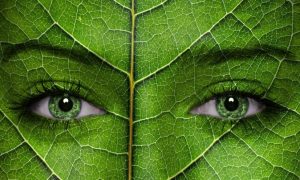 The Pure Cure: How to Free Your Life From Dangerous Toxins
0
Share Now
TelegramFacebookTweetEmailTellMeWeReddit
Copy Link
Good to Know

10 Facts About Fluoride You Need to Know

If fluoride is really the panacea for dental disease that it’s been portrayed as, then why is it that the United States is one of the only developed countries that fluoridates their citizens’ drinking water?

Hint: It’s not because the other countries aren’t aware of fluoride’s supposed “miracle” powers for your teeth … it’s because they fully realize that adding a known poison to your population’s water supply is probably not a good idea.

Even in North America, water fluoridation has come under increasing scrutiny; since 2010, more than 75 US and Canadian communities have voted to end water fluoridation, and the issue is heating up as more and more people begin to demand water that does not expose them to this highly toxic industrial waste product.

If you’re new to this issue, and even if you’re not, please take 20 minutes to watch Michael Connett, an attorney with the Fluoride Action Network (FAN), summarize 10 important facts about fluoride that everyone needs to know.

1. Most Developed Countries Do Not Fluoridate Their Water

More people drink fluoridated water in the US alone than in the rest of the world combined. In Western Europe, for instance, 97 percent of the population drinks non-fluoridated water.

According to the World Health Organization (WHO), there is no discernible difference in tooth decay between developed countries that fluoridate their water and those that do not. The decline in tooth decay the US has experienced over the last 60 years, which is often attributed to fluoridated water, has likewise occurred in all developed countries (most of which do not fluoridate their water).

3. Fluoride Affects Many Tissues in Your Body Besides Your Teeth

Many assume that consuming fluoride is only an issue that involves your dental health. But according to a 500-page scientific review, fluoride is an endocrine disruptor that can affect your bones, brain, thyroid gland, pineal gland and even your blood sugar levels.

There have been over 34 human studies and 100 animal studies linking fluoride to brain damage,3 including lower IQ in children, and studies have shown that fluoride toxicity can lead to a wide variety of health problems, including:

4. Fluoridation is Not a “Natural” Process

Fluoride is naturally occurring in some areas, leading to high levels in certain water supplies “naturally.” Fluoridation advocates often use this to support its safety, however naturally occurring substances are not automatically safe (think of arsenic, for instance).

Further, the fluoride added to most water supplies is not the naturally occurring variety but rather fluorosilicic acid, which is captured in air pollution control devices of the phosphate fertilizer industry. As FAN reported:

“This captured fluoride acid is the most contaminated chemical added to public water supplies, and may impose additional risks to those presented by natural fluorides. These risks include a possible cancer hazard from the acid’s elevated arsenic content, and a possible neurotoxic hazard from the acid’s ability–under some conditions–to increase the erosion of lead from old pipes.”

About 40 percent of American teens have dental fluorosis, a condition that refers to changes in the appearance of tooth enamel that are caused by long-term ingestion of fluoride during the time teeth are forming. In some areas, fluorosis rates are as high as 70-80 percent, with some children suffering from advanced forms.

It’s likely this is a sign that children are receiving large amounts of fluoride from multiple sources, including not only drinking water but also fluoride toothpaste, processed beverages/foods, fluoride pesticides, tea, non-stick pans and some fluorinated drugs. So not only do we need to address the issue of water fluoridation, but how this exposure is magnified by other sources of fluoride that are now common.

It’s also important to realize that dental fluorosis is NOT “just cosmetic.” It can also be an indication that the rest of your body, such as your bones and internal organs, including your brain, have been overexposed to fluoride as well. In other words, if fluoride is having a visually detrimental effect on the surface of your teeth, you can be virtually guaranteed that it’s also damaging other parts of your body, such as your bones.

6. For Infants, Fluoridated Water Provides No Benefits, Only Risks

Infants who consume formula made with fluoridated tap water may consume up to 1,200 micrograms of fluoride, or about 100 times more than the recommended amounts. Such “spikes” of fluoride exposure during infancy provide no known advantage to teeth, but they do have plenty of known harmful effects.

Babies given fluoridated water in their formula are not only more likely to develop dental fluorosis, but may also have reduced IQ scores. In fact, a Harvard University meta-analysis funded by the National Institutes of Health (NIH) concluded that children who live in areas with highly fluoridated water have “significantly lower” IQ scores than those who live in low fluoride areas. A number of prominent dental researchers now advise that parents should not add fluoridated water to baby formula.

7. Fluoride Supplements Have Never Been Approved by the FDA

“So with fluoridation, we are adding to the water a prescription-strength dose of a drug that has never been approved by the FDA,” FAN noted.

8. Fluoride is the Only Medicine Added to Public Water

Fluoride is added to drinking water to prevent a disease (tooth decay), and as such becomes a medicine by FDA definition. While proponents claim this is no different than adding vitamin D to milk, fluoride is not an essential nutrient. Many European nations have rejected fluoride for the very reason that delivering medication via the water supply would be inappropriate. Water fluoridation is a form of mass medication that denies you the right to informed consent.

It is now widely recognized that fluoride’s only justifiable benefit comes from topical contact with teeth, which even the US Centers for Disease Control and Prevention (CDC) has acknowledged. Adding it to water and pills, which are swallowed, offers little, if any, benefit to your teeth.

Fluoride toxicity is exacerbated by conditions that occur much more frequently in low-income areas. This includes:

“The simple fact is that poor populations need dental care, not fluoridation chemicals in their water. The millions of dollars spent each year promoting fluoridation would be better spent advocating for policies that provide real dental care: like allowing dental therapists to provide affordable care to populations with little access to dentists. In short, fluoridation provides good PR for dental trade associations, but bad medicine for those it’s supposedly meant to serve.”

*Image of “protest” via miker / Shutterstock.com