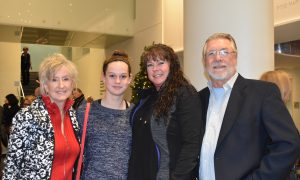 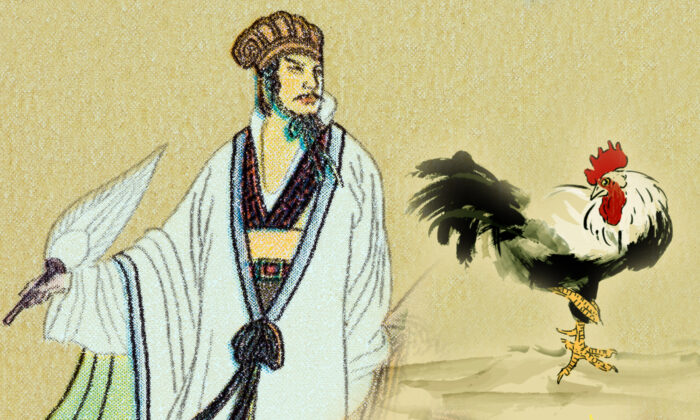 Zhuge Liang and the Rooster: The Story of a Young Man and His Love for Learning

As a young man, the Chinese intellectual Zhuge Liang (181–234 A.D.), hungry for knowledge, concocted an ingenious way to extend his teacher’s lessons. But when his trick was discovered, Zhuge Liang was promptly expelled from the classroom.

It wasn’t until the young student’s teacher inquired about Zhuge Liang’s fascinating past that the punishment was rescinded.

As the ancient Chinese fable goes, Zhuge Liang’s teacher, Sir Shuijing, kept a rooster in his yard. The rooster acted as a reliable timekeeper; at midday, every day, the rooster would crow three times and signal for the teacher to bring his lesson to a close.

But the young Zhuge Liang felt his lessons were cut short by the crowing bird. Wishing for more time to absorb more knowledge from his teacher, Zhuge Liang came up with a tactic to prolong their time in the classroom.

The student filled his pockets with rice. Every day, moments before midday, Zhuge Liang would discreetly toss a handful of rice out of the classroom window. The rooster, happily occupied with the food, neglected to crow, and Sir Shuijing continued to teach, completely unaware.

But it wasn’t long before the teacher grew suspicious. When Zhuge Liang was caught red-handed, Sir Shuijing was furious. Inferring that his young student had been causing mischief, the teacher sent Zhuge Liang home in disgrace.

Later, the teacher’s wife comforted her affronted husband. “Zhuge Liang threw the rice for the purpose of gaining more time with you,” she said. “Forgive him.”

The teacher’s instinct was that the young Zhuge Liang was a quick-witted and intelligent student; he liked him, and pledged to give the young student a second chance if he could only ascertain that Zhuge Liang deserved one.

Sir Shuijing sent one of his servants to Zhuge Liang’s home. When the servant returned, he recounted three stories of moral conduct that captivated and impressed the teacher.

The dutiful servant regaled Sir Shuijing with the first story. When Zhuge Liang was a young child, his mother suffered in the cold weather. Her protective son, therefore, voluntarily practiced a daily ritual of climbing up into the mountains to collect a rare grass.

Every night, he spread the grass over his mother’s bed to help retain warmth and spare her from the biting cold.

It wasn’t just his mother that Zhuge Liang showed consideration for. The young boy went to great lengths to protect his neighbors’ vegetable crops after realizing that his low-hanging water buckets may damage the tall crops as he traveled to and from the well each day.

Zhuge Liang was not a tall boy, so he decided that the only reasonable solution was to take a mile-long detour. In doing so, he avoided the risk of spoiling his neighbors’ growing plants.

The servant’s third story told of Zhuge Liang’s humility. As a young child, already desperate to become a scholar, Zhuge Liang sought tutelage from a young man who lived near his home.

Zhuge Liang’s intellect quickly progressed beyond that of his first teacher, but rather than become haughty, Zhuge Liang continued to afford his teacher the utmost respect.

Sir Shuijing reflected on his servant’s findings and made a quick decision. Satisfied that Zhuge Liang was a noble human being as well as an outstanding student, he asked the young servant to accompany him to Zhuge Liang’s home.

The formerly disgraced student was offered a full reprieve and an invitation back to the classroom. It is said that the great teacher Sir Shuijing gifted his young student with every lesson in his repertoire, and Zhuge Liang was later revered not only for his intellect but also for his virtuous character.

The Life of Zhuge Liang

Later in life, Zhuge Liang served as the chancellor of the state of Shu Han during China’s Three Kingdoms Period. He became a politician, a revered military strategist, a prolific writer, an engineer, and an entrepreneur.

Most interestingly, given the young Zhuge Liang’s struggle in carrying the water pales over his neighbors’ vegetable crops, he grew to be a tall adult man. Zhuge Liang towered over his contemporaries at just over 6 feet in stature.