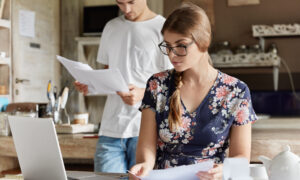 Your Money: 5 Useful Money Moves You Can Make Instead of Panicking
0 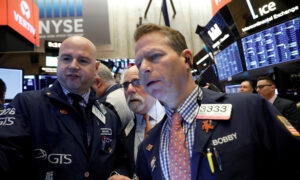 Your Money: How Retirement Savers Can Glide Through Market Turmoil
0 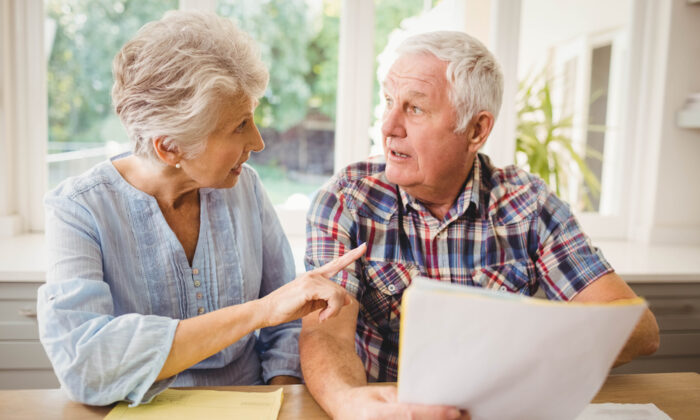 What we can do is look back at what happened during the recession in 2008-2009 and track how people fared based on their behavior. (wavebreakmedia/Shutterstock)
Family & Home

Your Money: Now Is Not the Time to Stop Saving for Retirement

NEW YORK—When you see soda on sale at the supermarket, do you run screaming into the parking lot in a panic? Or do you buy six?

This is the analogy Peter Palion, a certified financial planner in New York, uses to calm worried clients about volatility in the stock market and keep them on their slow and steady retirement savings path.

While logical, it is a hard sell for many. As the market drops precipitously, it may seem like you are throwing good money after bad to keep contributing a percentage of your income to a 401(k) or a similar workplace retirement plan when you have an urgent need for cash. But as we learned from the recession in 2008-2009, stopping regular contributions and pulling out of stocks left investors further behind than those who stayed the course.

“If you’re still getting a paycheck, what’s the point of stopping contributions to get a little more cash? It’s not like your cost of living is going up—your mortgage and utilities, are, for the most part, still very close to amount you paid last month,” Palion said.

Ceasing contributions might not give you as much extra cash as you are expecting anyway, because it increases your tax bill. You also miss out on a matching contribution from your employer, which is essentially free money.

So far, between the start of 2020 and March 15, Fidelity Investments has seen 4 percent of its 401(k) account holders decrease their 401(k) contributions and 2 percent stop contributing completely. There were 7 percent who actually increased their savings rate during the period.

Those numbers are not out of line with normal seasonal behavior so far, according to Meghan Murphy, vice president of thought leadership at Fidelity, who noted that it is still too early to see trends related to the coronavirus crisis.

What we can do is look back at what happened during the recession in 2008-2009 and track how people fared based on their behavior.

Teresa Ghilarducci, director of the Schwartz Center for Economic Policy Analysis at the New School for Social Research in New York, did a detailed study on outcomes that showed the negative impact on those who stopped or lessened their contributions during that time period.

People who got out were, in essence, selling low and buying high, the opposite of that age-old investing advice. By the time the storm passed, some 64 percent of higher-income workers who were able to stay invested and ride it out, came out ahead in the end.

Lower-income workers were more likely to have stopped or lowered their contributions, and tended to have faced a temporary job loss. They contributed at lower rates overall, so had less in company matching funds, and also were in less aggressive investment mixes.

This disparity in results happens because getting out of stocks to miss the bad days also means missing the good days.

After the last recession, Massachusetts-based certified financial planner Karen Van Voorhis had new clients come to her for help getting their retirement savings back in shape.

The biggest danger to retirement savers is for those with job loss who not only stop contributing but also cash out their 401(k) balances instead of rolling them over into other plans.

First of all, you face a huge tax bill. Secondly, unless you are forced to cash out of your workplace plan, it is best to just leave things where they are in today’s market. And most importantly, you deplete funds that are impossible to replace.

Ghilarducci’s advice to people now: Act like a rich person.

“People with assets have slower long-term thinking because of their economic position, and at times like this, they make out like bandits,” she said.

So if you change your thinking from panic to thinking two years from now, you can go out and buy those bargains.

“Don’t use your rollover check for cornflakes. Use it to buy assets,” Ghilarducci said.