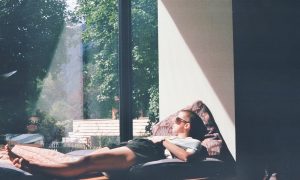 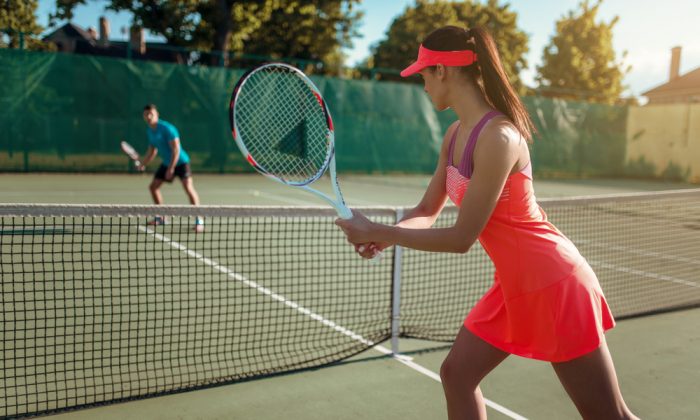 Like in a tennis match, people in a relationship act and react to each other. (Shutterstock)
Life & Tradition

You Have the Power to Shape your Relationships

Marsha comes into my office. She is furious at her husband Roger. She says he is becoming obsessed with his new motorcycle—to the point where he is neglecting her and the kids. She says, “He works all week and goes out every Saturday on that stupid thing with his friends and spends most of Sunday cleaning working on it. How could that motorcycle be so important? I regret ever agreeing to get it! To top it all off, Roger refuses to even talk to me about it. He says I always just get mad, but I can’t fix this by myself!”

Is Marsha correct? That you can’t work with someone like Roger? Actually, this type of thinking disempowers us in our relationships and renders us victims of the other party’s willingness or unwillingness to cooperate with us.

The truth is that you often do have the power to shift your relationships unilaterally. I’m not saying it will be easy. It takes strategic thinking and the ability to tolerate “unfair” situations and determination. However, people often choose to stay stuck in long-term misery instead of temporarily swallowing their pride to create a better situation.

Relationships are co-created by the people in them. People act and react to each other, if you change your responses, the other person cannot help but change how they respond to you. Imagine that a relationship is a tennis match. If you hit a drop shot your opponent will charge forward to return it. If you lob it over their head they will have to retreat.

But you protest: “My opponent won’t even play. They just let the ball go.” As long as you still have contact with someone, you can’t help influencing each other.

People respond in relatively predictable ways to our actions toward them. For example, if you show the other person you are listening and really interested in what they say, they will talk to you more. If you validate them, they feel closer and more trusting. If you scold and criticize someone, they will create distance and put up a wall. If you get angry and yell at them, they might do what you want, but they will also grow resentful or seek revenge. If you ignore them, they will find other people to be close to.

In our example above, Marsha was feeling hurt by the increased time that Roger was spending away from her, and she protested by scolding Roger. Roger responded by creating more distance and refusing to discuss the topic that always seemed to lead to a fight.

Steps You Can Take

How exactly do you move from the being the unwitting sufferer to actively shaping the relationship you want with someone? It depends on how you want to change the relationship. You have to study the dynamics that are molding your relationship now, decide what you really want, make a plan to create the shift, initiate the plan, evaluate the results, and make modifications as needed. You can use the steps below as a guide.

1. Reflect on the current state of your relationship. Ask yourself the following: What is actually happening between us? How do you feel toward the other person? How do they feel toward you? How do you know that is how they feel? Are there any other possibilities? How do you treat each other? Don’t allow any biases or emotions to filter your perceptions or blind you to the facts. In order to make an effective change, you have to deeply accept where you are. How would they describe the answers to the same questions above? You can ask them if they are willing to answer.

2. Reflect on how you really want the relationship to change. Ask yourself the following: What exactly would I want to be different about the relationship? What exactly would the other person be doing differently if that happened? What would I be doing differently? How would our feelings toward each other change? How would I know for sure that the change I wanted is actually happening?

3. Devise a strategy. Answer the following questions for yourself. What am I currently doing that is contributing to the problems in the relationship or maintaining the parts I want to change? What makes me continue that behavior, even though it goes against what I want? What actions could I take to start moving the relationship in the direction I have decided I want? The possible ways to do this are unlimited. If you are not sure what do, do some research, ask the person themselves what they think would work, or get professional help if you need it.

5. If you want to ask for something from the other person, do it in a straightforward and clear way. People often ask for things indirectly or simply by criticizing the other person for not doing it. For example, instead of saying “You never call me!“ Say, “I really wish you would call me more, I miss you and feel sad that we aren’t closer. I really care about you and our relationship and I feel so good after we talk.” Which one of these messages would you rather get? We often make requests indirectly through criticism because we fear the person will reject us, but criticism damages the relationship, pushes the other person away, and makes it less likely that they will give us what we want, or they will only do it to avoid our criticism.

6. Don’t be defeated by expectations. If your first attempts don’t work, evaluate what happened, make adjustments and try again. You can only be defeated if you give up!

Michael Courter is a therapist and counselor who believes in the power of personal growth, repairing relationships, and following your dreams. He can be reached at mc@CourterCounsel.com. His website is CourterCounsel.com