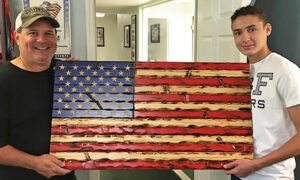 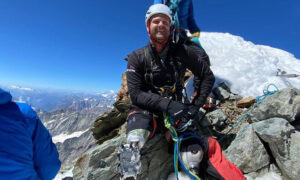 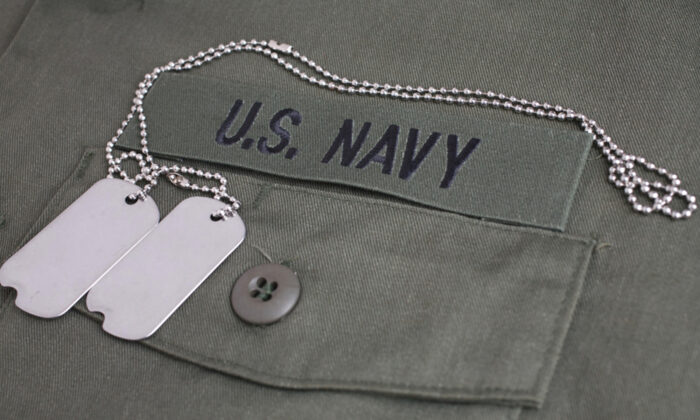 A beloved World War II Navy veteran, who became an integral cog in his local community for his long-time barbering skills, has celebrated his 100th birthday.

Ernest Moore, who lives in Pensacola, Florida, celebrated his milestone birthday on Aug. 23. The Florida native was pictured with his family, who gathered wearing masks to congratulate and spoil their loved one at his home. Some had traveled from as far away as Houston and Nashville to be there for their patriarch’s special day, WEAR-TV reported.

Photos from the Sunday afternoon event show a beaming Moore sitting outdoors in the East Hill neighborhood surrounded by balloons and well-wishers. One image shows the elderly veteran sitting in his wheelchair in front of a huge banner, reading: “Happy 100th birthday Mr. Moore.”

The centenarian also wore a sash, bearing the slogan, “100 never looked so good!”

Moore’s family explained that the 100-year-old Navy veteran was a popular barber in the community for decades. He owned and ran Moore’s Barber Shop for over 66 years after serving in WWII.

Moore eventually retired with the Burlington Northern Railroad, a U.S.-based railroad merger that operated between 1970 and 1996.

The day after Moore’s 100th birthday party, one attendee, Eula Brown, posted footage from the day on Facebook. Brown described Moore as a “legend,” “WWII veteran,” “trailblazer,” “one of the original black-owned barber business owners in Pensacola,” a “patriarch of his family,” and a “friend to his community.”

When asked by Brown what wisdom he had to offer the younger generations, Moore responded, “Stay clean and keep your mind on the Lord, and try to make it from day to day … Watch the sun rise over there and set over there,” the centenarian added, gesturing both east and west.

Moore claimed his large group of friends and family were his “greatest accomplishment” in life. His barber shop, he said, is still standing.

“He said he can ‘live another 100 years if it feels this good,’” Brown captioned her footage, adding, “We love you Mr. Ernest Moore.”

In addition to his more intimate celebration with family, Moore’s East Hill neighbors organized a drive-by parade so that friends, locals, and supporters could extend their well-wishes to Moore on his milestone birthday. Ex-professional boxer and Pensacola resident Roy Jones Jr. even stopped by to wish the veteran many happy returns.