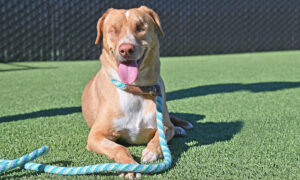 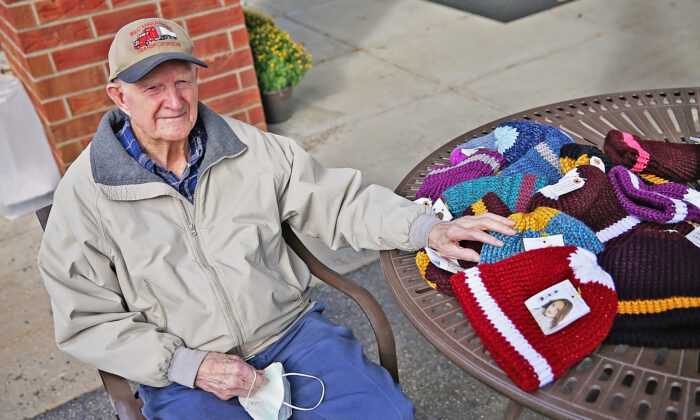 WWII Veteran, 96, Knits Hats for the Salvation Army During Pandemic, Weaves Over 500

A 96-year-old World War II veteran from Minnesota has found a crafty antidote to the isolation owing to the pandemic: knitting hundreds of hats for The Salvation Army.

To date, Tom Cornish has knit more than 500 woolen hats of various color combinations with his hook and loom from his apartment at Champlin Shores, a senior living complex. Originally aiming to finish one hat every day, Cornish often supersedes his target.

“Volunteering does something to a person. You’re working for others,” he explained to KARE 11. “There’s people here that want me to sell them, but I won’t.”

Cornish, who sometimes stitches messages from the Bible into the wool, knows why he does what he does. “I feel I’m working for the Lord,” he explained, “and that’s a good feeling.”

Taking almost four hours to knit one hat, Cornish managed to donate 400 hats to The Salvation Army in 2020 alone.

The veteran’s son, Jerry Cornish, says his father has always lent support to others.

“This is how he got to be 96 years old, because he’s helping everybody else,” said Jerry. “Everybody’s more important than he is, in his mind.”

Cornish’s service to others began when he volunteered to join the Second World War effort fresh out of high school. After serving in the Pacific, the Navy man continued to volunteer back home in Minnesota while helping raise five children with his late first wife, Lorraine.

The volunteering tradition also continued with his second wife, Marvel.

According to The Salvation Army, Cornish has been knitting “off and on” for around 20 years, and took up the hobby more seriously when Marvel passed away. Each hat costs the veteran about $6 to make, but he jokes that each would cost $3 more if he didn’t buy his yarn on sale.

Salvation Army warehouse manager Beth Koski praised Cornish for being a remarkable man, exclaiming that he is always so pleased to give his handiwork to people in need.

The veteran has received both shots of the COVID-19 vaccine but doesn’t plan to give up his helping hobby. He has also taught others at Champlin Shores how to weave hats.

“Other people are getting something out of my labor,” he told CNN. “It’s better than playing cards or looking out the window.”

While the winter season has come to an end, for Cornish there is no stopping. He is already planning to knit baby hats that he also plans to donate to the Salvation Army.

He said he intends to continue his newfound hobby “until I take my last breath.”

Share your stories with us at emg.inspired@epochtimes.com, and continue to get your daily dose of inspiration by signing up for the Epoch Inspired Newsletter at TheEpochTimes.com/newsletter.