Worcester Audience: Shen Yun ‘A Great Gift’ to the World 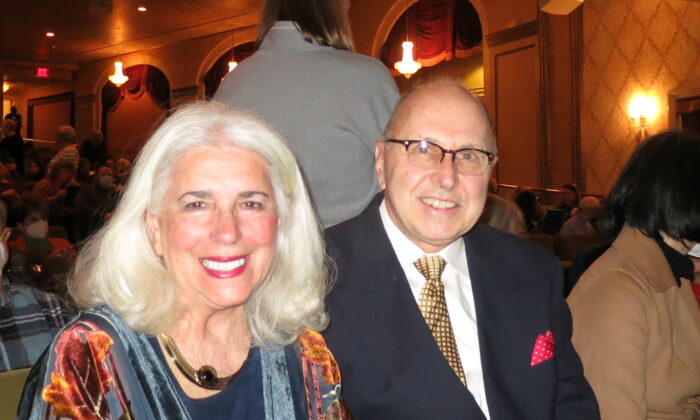 Jacqueline and Will Henrickson at the Shen Yun matinee in Worchester, Mass., on March 19, 2022. (Sally Sun/Epoch Times)

WORCESTER, Mass.—For many audience members, Shen Yun is not merely a couple hours of entertainment, but rather, a life-altering event.

Ballet dancer Leane Fisher said she had been waiting about 10 years to see Shen Yun. She finally did at the March 19 matinee at The Hanover Theatre, where Shen Yun’s North America Company stopped for a one-day engagement of two performances.

Shen Yun, the classical Chinese dance and music performance, has become a worldwide phenomenon sought after by audiences everywhere. Through song and dance, it showcases 5,000 years of Chinese heritage almost lost to communism.

“We’re learning a lot about different parts of China,” said Fisher. “It’s a shame it’s not still like that.”

Will Henrickson, a business coach in Connecticut, attended the same performance with his wife Jacqueline.

Mr. Henrickson said, “I’ve traveled to China for business and this is a part of China that you would never see unless you saw Shen Yun.”

For him, Shen Yun displayed China as it was without communism, “and the wish that it would be again.”

Mrs. Henrickson said the show was breathtaking and that her jaw was dropped the whole way through.

“We have 18 grandchildren. Many of them are musical. And we would love for all of them to come and see this,” Mrs. Henrickson said.

To the artistic director and the Shen Yun team, Mrs. Henrickson said “you’ve given us a great gift.”

“It’s a life-changing experience,” added Mr. Henrickson. “It transports us from everyday life to a higher plane.”