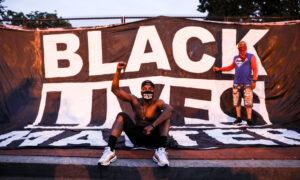 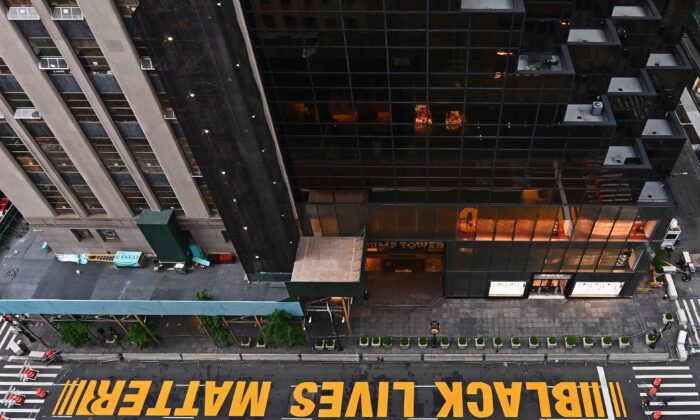 A conservative women’s organization has filed a lawsuit against New York Mayor Bill de Blasio for not allowing them to paint an “empowering” street mural on a Manhattan road, while allowing Black Lives Matter to have theirs in front of Trump Tower on 5th Avenue.

The Virginia-based group Women for America First say the Mayor and Department of Transportation are violating their First Amendment right to freedom of expression by being selective of what messages are permitted.

“Engaging, Inspiring and Empowering Women to Make a Difference!” is the message the group wants.

The suit was filed in Manhattan Federal Court late Thursday.

They cited the mayor as choosing what messages are allowed to be painted based on his “political” preference, and putting “Black Lives Matter” in front of Trump Tower was a clear  political act meant to “to enhance his future prospects as a Democratic candidate.”

“On information and belief, de Blasio’s conduct as alleged herein is intended as a political gesture to the BLM movement and those sympathetic to it which has been done in order to enhance his future prospects as a Democratic candidate for office or appointee and by rallying BLM support for Democrats, including in the 2020 Presidential election,” wrote attorney Ronald Coleman, representing Women for America First, in the suit.

After sending their request via letter, they said, they were led to believe that no such application process existed for painting a street mural or political message in New York.

They claim they later found out from a New York Post article that was not the case; but that according to a city spokesperson, there is a process for doing so, but they just don’t know what it is.

The women’s group is suing for a permit to allow their mural and to have their legal fees covered.

On Thursday, de Blasio said that the BLM mural was not political. “I think it’s a message about human respect and the value of human beings and addressing the fact that one group amongst us in particular has been devalued for centuries,” the mayor said. “And that can’t go on. I think it transcends any notion of politics.”

A retired Appellate Division First Department judge slammed the mayor for allowing the BLM mural in front of Trump Tower as a “dereliction” of his responsibility as mayor.

“It’s a political statement and why shouldn’t everyone else be entitled to do the same thing,” said former New York judge David Saxe. “It doesn’t strike me that function of a mayor is to start writing slogans on public streets that express political feelings. It shows a dereliction of responsibility at the very top in terms of the management of our city.”