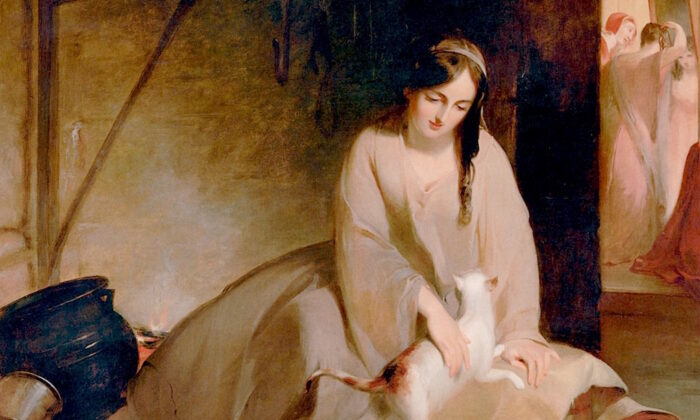 Wisdom and Wonder: The Magic of Fairy Tales

In my 1967 edition of “The World’s Best Fairy Tales: A Reader’s Digest Anthology,” which sits at my elbow as I write these words, former children’s librarian Marie Cimino introduces this 800-page collection in this way: “In this world, virtue is always rewarded, evil is punished, the weak are helped and the youngest can be the winner. The fairy tale offers reassurance, at the same time that it appeals to the taste for the marvelous.”

At the end of this brief essay, Cimino adds this note about fairy tales: “Listening to them or reading them, children will experience some of the enduring wisdom of other times, when the sense of wonder was very much alive.”

Many adults love fairy tales as well. Visit your local library or bookstore, and you’ll find dozens of fantasy novels aimed at older readers, classics ranging from Tolkien’s “Lord of the Rings” to John Hood’s 2021 “Mountain Folk,” his tale of the American Revolution in which the likes of Daniel Boone and George Washington consort with dwarves and sprites.

My Reader’s Digest Anthology includes, of course, the tale of Cinderella. Here are the two step-sisters who scorn and mock her, the fairy godmother, the glass slipper, the ball at which the beautiful Cinderella draws the rapt attention of the handsome prince, his search for her when she disappears, and his proposal of marriage when he finds her.

And just before the story ends:

“Her two sisters threw themselves at her feet to beg pardon for all the ill-treatment they had made her undergo. Cinderella embraced them and cried that she forgave them with her whole heart and desired them always to love her.”

And the last sentence:

“Cinderella, who was no less good than she was beautiful, gave her two sisters lodging in the palace and, that very same day, matched them with two great lords of the court.”

The conventional rendition of “Cinderella” teaches lessons in modesty, hope, and generosity. As Marie Cimino suggests, other fairy tales—“Chicken Little,” “The Emperor’s New Clothes,” “Hansel and Gretel,” and so many more—also act as primers in virtue and morality.

A Sense of Wonder

Moreover, talking animals, elves, wicked witches, and stalwart heroes enliven and expand the imaginations of young children. Whether they’re reading fairy tales or hearing them, the minds of the little ones catch fire with these stories. When I tell my preschool grandchildren “The Three Billy Goats Gruff,” changing my voice for the troll and for each of the goats, they sit enraptured by the performance. Another grandson recently wanted me to read the story of “Jack and the Beanstalk” to him over and over again, seeing himself in his mind’s eye, I am certain, as the intrepid Jack.

As we grow older, we may lose this wonderment regarding fairy tales, but not wonder itself. Like physical fitness or intelligence, wonder grows with exercise. The young woman fed a diet of nursery rhymes and fairy tales as a child finds majesty and beauty in a meadow or a human face that others may miss.

Fairy tales mutate through time and from place to place. There are many versions of Cinderella, for example, from around the world and from antiquity until now. Some of these are quite strange—in one Italian rendition, Cinderella is born inside a gourd, abandoned by her mother, and is beaten and abused by a prince until she appears before him in disguise—and some are dark, gruesome tales.

In her online article “The Most Popular Fairy Tale Stories of All Time,” Ariel Zeitlin tells us that Cinderella is first on this list by far and that “there may be as many as 1,500 traditional variants of the tale from around the world, including ‘The Girl with the Rose Red Slippers’ from ancient Egypt and a ninth-century A.D. Chinese version that just might explain the story’s fascination with small feet.”

A Step Too Far?

But is it possible to modernize and twist the messages and even the plots of fairy tales beyond recognition?

In her review of the latest version of Cinderella, “Why Camila Cabello’s ‘Cinderella’ made these 7 changes to the fairytale,” Ashley Lee tells us this “is not your mother’s fairytale.”

Here Cabello plays a Cinderella who goes to the basement not as a punishment but to work as a fashion designer. Her first paying customer is Prince Robert, a royal who is reluctant to be king. Cinderella’s fairy “godmother” is the non-binary “Fab G,” who wants to help her go to the royal ball to “meet a bunch of rich people who will change your life.” While there, she turns down the prince’s proposal. “I have dreams that I have to chase,” she says. “So if it’s a choice, I choose me.”

Meanwhile, the pop musical features no wicked stepmother. In an interview, the film’s writer-director, Kay Cannon, said, “I didn’t want there to be any ‘evil’ in the movie at all.” The stepmother instead begs Cinderella to marry the prince to solve their financial problems, which raises an obvious question: If a man who would be king is smitten with you, and you with him, why not marry, become queen, and design and sell your dresses?

“I choose me.” Is that the lesson we want from fairy tales?

Writers and film directors likewise have the right to do as they please when retelling these treasured tales, but they also have a responsibility to honor the wisdom and morality of the original story. When they create a fairy godmother with a non-binary gender, they have effectively changed the definition of “godmother.” When Cinderella becomes an egotist looking out for No. 1, the writer has eroded the meaning of the story.

In her critique of Kay Cannon’s “Cinderella,” a friend asked me, “Are filmmakers really so out of touch with their audience?”

Her question later led me to wonder: What if modern audiences prefer a self-centered, career-minded Cinderella to the char-girl in the traditional tale? What would that say about us?

Connections and a Compass

In “What Your Kindergartner Needs to Know,” a part of the Core Knowledge program aimed at students in grades K–6, editors E.D. Hirsch Jr. and John Holdren include poems, stories, and fairy tales that should be commonly known by children.

The idea behind this educational program is that all young people, who will one day become adults, share these poems and stories central to our culture, thereby building bridges between individuals and within communities. Familiarity with “Jack and Jill,” “Little Boy Blue,” “The Little Red Hen,” and “The Ugly Duckling” creates an intersection of shared knowledge and experience among our citizens.

Traditional fairy tales are included in that fabric. In addition, their values and their heroes can give a map and compass to our children for life. As G.K. Chesterton wrote: