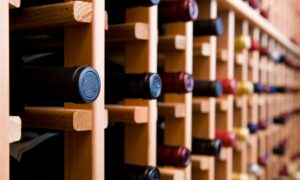 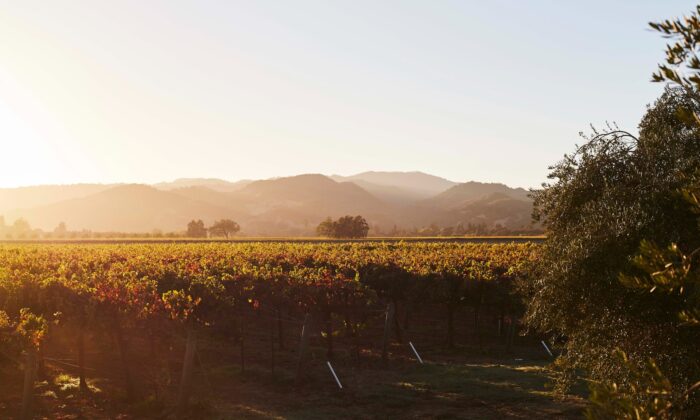 Conventional wisdom tells us that the Napa Valley’s prominence in the world of fine wine is built upon its extraordinary success with one grape variety: cabernet sauvignon. Cabernet sauvignon, as it happens, is a red grape variety also prominent in the Bordeaux region of southwestern France. Hence the fascination in the Napa Valley with so-called Bordeaux-style red blends.

Most are heavily dependent upon excellent cabernet sauvignon. Then there is Blackbird Vineyards in the Oak Knoll District, which was planted with merlot in 1997. Grapes were sold to nearby wineries. Purchased by Michael Polenske in 2003, it has morphed into an ultra-premium boutique winery that now sources grapes from other top-notch Napa Valley vineyards, such as Stagecoach.

What sets Blackbird apart is its focus on Bordeaux-style blends from the French region’s so-called Right Bank, which includes Pomerol and Saint-Émilion. The money grape on the Right Bank is merlot, and, to a lesser extent, cabernet franc. Cabernet sauvignon dominates on the Left Bank but is a minor player on the Right Bank because it seldom achieves ripeness in the cold soils (such as clay) found at the Right Bank vineyards.

While one could argue the Left Bank has the more famous chateaux (Lafite, Latour, Margaux, Mouton, Haut-Brion, and such), no one can say Right Bank chateâux such as Cheval Blanc, Ausone, Figeac, and Pétrus aren’t every bit as good.

Enter winemaker Aaron Pott, the evil genius behind the current crop of Blackbird wines. Pott has his own vineyard property in Napa and consults for a number of small wineries including Blackbird. He studied at the University of California–Davis, and took his first winemaking job at Newton Vineyards in the Napa Valley.

Eventually, Pott returned to California to become winemaker for international brands for what was then the Beringer Wine Estates. He later became winemaker/general manager at Napa’s Quintessa winery. Then he struck out on his own with a keen passion to make Right Bank blends in the Napa Valley. Blackbird is a perfect fit for Pott, and the wines reflect not only the exceptional source vineyards but also his remarkable skill as a winemaker.

I recently had the opportunity to taste three of Blackbird’s current reds. The top wines are pricy, but I was intrigued by the least expensive, called Arise. It’s a stunning wine for the price. Then there was the Paramour, a true Right Bank blend that is heavy on the cab franc, easily one of the finest reds I have tasted this year. And finally, there is the Contrarian, a Left Bank blend.

Only in the mind of Aaron Pott would a traditional Left Bank blend be contrary to the conventional wisdom. He’s just coming at it from the other bank of the river.

Blackbird 2016 Paramour, Napa Valley ($135): Paramour demonstrates beyond any reasonable doubt that cabernet franc cultivated in the right vineyards and subject to skilled hands in the cellar is a formidable grape variety capable of impressive wine. This vintage is 82 percent cab franc, 15 percent merlot and 3 percent cabernet sauvignon to round out this remarkable Bordeaux-style red blend. The Paramour blend shows rich notes of cassis and blackberry, with an overlay of cedar and graphite so typical of many Bordeaux reds. Powerfully structured, it has impressive palate weight and length and the potential to age out beautifully. Full maturity is at least a decade in the future if properly cellared. Rating: 98.

Blackbird 2016 Contrarian, Napa Valley ($135): Contrarian is aptly named, because it goes against the instincts of Pott, one of the world’s true believers in Right Bank Bordeaux blends. That would be red wines that rely heavily upon merlot and cabernet franc. Contrarian, however, is predominantly cabernet sauvignon (64 percent) but has a strong shot of cab franc (29 percent) and just a smidge of merlot (7 percent). The result is an impressive Napa Valley Bordeaux-style blend that shows off Napa’s money grape with a small assist from cab franc and merlot. The palate is richly layered, showing notes of ripe blackberry and wood spice, and a touch of graphite. Rating: 96.

Blackbird 2016 Arise, Napa Valley ($40): Arise is Blackbird’s entry-level offering into the world of Right Bank Bordeaux blends. It’s a good place to start because it is relatively modestly priced and demonstrates Pott’s passion for the Right Bank style. It is 55 percent merlot and 25 percent cabernet franc. The palate exhibits a plush, juicy merlot texture, firm tannins, and layers of black-fruited aroma. A Napa Valley Bordeaux-style blend at this price is almost unheard of, particularly when it’s this good. Rating: 92.