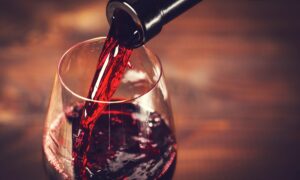 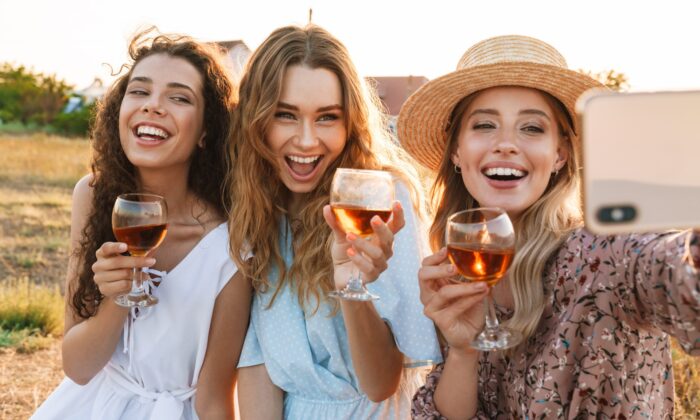 Winefluencers? Musings From a Skeptic

On the old Jack Benny radio show in the 1940s, a continuing character played by the actor Sheldon Leonard was a racetrack “shill,” who always spoke in a hushed tone.

The shady character would suggest to Benny that he bet on a horse “in the third [race],” usually starting his pitch with “hey, bud” and ending his “sure thing” tip with the last line: “Trust me.” Following the racetrack tout’s tip often ended badly for Benny.

This came to mind the other day when I read a social media post with comments from a young, attractive woman who had attended a winery event. In a photo of herself holding a glass of the winery’s chardonnay, she suggested that it was one of the best she had ever tasted.

This woman was like the racetrack tipster, offering a suggestion on a “great” wine. What wasn’t said was that she was paid by the winery to post that “opinion.” Nor did the social media post give any indication of her wine qualifications, if any.

(Other than being attractive and vivacious.)

I got the impression that this woman’s job was equivalent to a vegetarian reviewing a steak house.

This young woman calls herself a wine influencer (winefluencer?), and from what I gather, these people are compensated by wineries or marketers for doing advertorials for wines on social media sites. The aim is to get people to buy the wines.

Does it work? I dunno, but some wineries think it does. They are hiring these people. It’s sort of like a chardonnay winemaker telling you that “the best chardonnay you’ll ever taste is mine.” There’s as much veracity here as there is with a South Florida land salesman.

But then, think about other wine advice you may be exposed to. I once knew a man who ran a successful wine shop in San Diego. One day, I heard him recommend a particularly mediocre chardonnay to a woman who asked for advice. After she left, I said, “Hey, that was an odd choice.”

The mere existence of winefluencers seems to validate that, in this information age we live in, some widely disseminated “facts” are little more than lies dressed up to sound valid. Think politics. Or TV-hawked “miracle” drugs.

But at least with the drugs, they usually come with warnings about side effects. Some even suggest that one side effect is death. Influencers are guided by no ethics principles, which you would think might backfire on wineries who hire these shills.

Clearly, I’m a skeptic when it comes to the benefits of hiring such folks, but I understand how a handsome visage and an enthusiastic voice saying nice things about your latest pinot gris might be better on a social media page than nothing.

So, is there a better way for influencers to have a real-world impact than simply expressing enthusiasm for a sweet rosé or a flavored cider? Perhaps.

To me, it might sound a little less artificial if the winefluencer were to state factual material, not just animated gushing.

Instead of saying, “You’ll love this,” wouldn’t it work more effectively if the comment was, “This terrific XYZ Zinfandel just got a gold medal at the county fair wine competition, and I love it!”

Yes, it still sounds a little like Sheldon Leonard offering Jack Benny his racetrack tout’s “can’t miss” tip, but at least it’s based on something factual.

2020 Barnard Griffin Rosé of Sangiovese, Columbia Valley ($11): One of the most reliable slightly sweet pink wines you can find, this tasty patio sipper has raspberry and strawberry aromas and good mid-palate flavors. Often seen under $10.