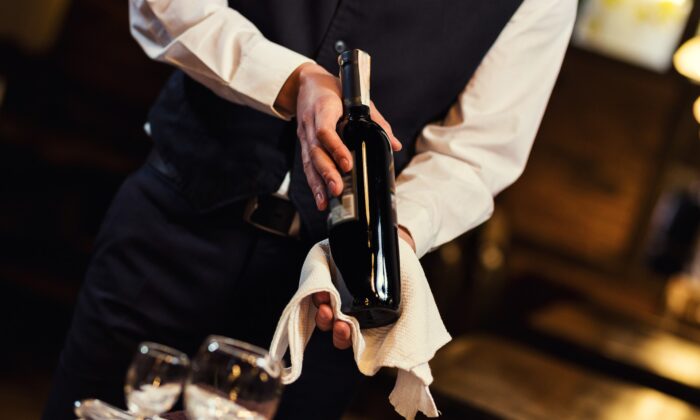 When you're unable to decipher the wine list at a restaurant, ask for assistance. (BONDART PHOTOGRAPHY/shutterstock)
Drinks

As we resume dining out, a few things might have changed during the pandemic shutdowns, and one of them is wine service.

When people who are skilled in serving wine in restaurants are laid off for 18 months, many end up taking positions in other fields, leaving some restaurants with inexperienced servers.

Experienced wine servers can be revenue enhancers and can be helpful to diners who need assistance in wine and food pairings.

Problems can arise in situations where diners know more about the wine program than servers do. Or perhaps a server is simply a snob who loves to display wine knowledge.

Watching scenes such as this develop from across restaurant aisles is always a fascinating lesson in human behavior and can make for some hilarious tales.

On one occasion at a snooty San Diego restaurant, the wine waiter was a fellow I knew to be a real professional—one of the few class acts in the joint. As we dined, in walked a nouveau riche snob smelling of Corinthian leather and $100 per ounce aftershave.

After he had perused the wine list, the waiter asked if the party of four would like a bottle of Champagne.

“Champagne!” exclaimed the snob. “What else is there?” as if to imply no other apéritif was any good. Then he ordered a bottle of Krug Champagne, the most expensive one on the list. But he pronounced Krug as if it rhymed with “ugh.” (It’s pronounced “kroog.”)

The waiter flinched imperceptibly. It was clear that he knew he was in for a bad hair day with someone who had a lot more money than brains. That bubbly faux pas led to other awkward moments in which the wine waiter seemed always to be teetering on the edge of quitting and taking a job as a shepherd.

Then there was the Southern California sommelier who faced three attractive young ladies, one of whom clearly knew nothing about wine. She ordered a bottle of what turned out to be a Cru Beaujolais. It was reasonably priced, and all three women seemed to like it.

Everything was fine until the woman who was in charge suddenly said the wine wasn’t satisfactory. Even though their glasses now contained more than three-quarters of the bottle, the leader of the pack told the waiter that the wine was spoiled, and they wouldn’t pay for it.

“What’s wrong with it?” asked the waiter.

“It tastes spoiled,” she shot back.

The waiter smelled her glass and said the wine was fine.

The next 15 minutes were awkward and included my involvement (not my idea!) and resulted in the manager telling the woman they wouldn’t be charged for the wine. The waiter then removed all of the glasses, much to the displeasure of the other two!

I have written about wine for 45 years (and collected it for 55!), but I usually ask servers for suggestions, hoping to discover something I wouldn’t have found on my own.

I state what kind of wine I’m seeking and a price range. If the waiter’s suggestion turns out to be a dud, it’s easier to justify returning it. (He or she suggested it in the first place.)

This happened years ago in a top Napa Valley restaurant. The waiter suggested what he said was a “mature” French white wine. It turned out to be terrible. I returned it with no problem and switched to my own pick.

When you’re unable to decipher the wine list, ask for assistance. If you get a lot of hemming and hawing, you can safely assume you’re on your own.

If the wine waiter clearly explains a suggestion, you have less to fear by trying it than if you picked blindly on your own—or you could buy our wine book of the week.

Wine Book of the Week

“Hugh Johnson’s Pocket Wine Book 2022” ($16.99, Mitchell Beazley): If a wine server can’t explain to you a wine on the list that says Muscadet, Googling it on your phone will provide far too much detailed information that you simply don’t need. That’s where this fabulous resource comes in.

It’s been around for decades and for good reason. Few people anywhere know as much about wine as does this remarkable English writer. This 336-page mini-book is larger than it’s ever been, but still packs more useful information into a small space than you could imagine. There is probably not a wine in the world that isn’t addressed here and in a succinct way to help you decide what works best with your hamburger.