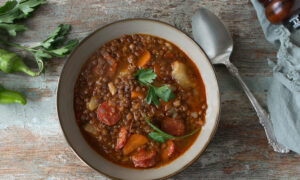 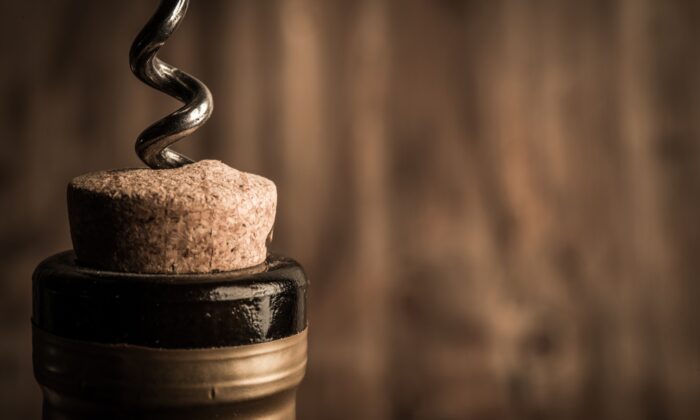 You may recall the issue of so-called cork taint that ravaged the wine industry not so long ago.

Many natural corks were infected with a compound called TCA (short for trichloroanisole, which forms through interactions between plant phenols, chlorine, and mold). TCA was a huge problem until recently, spoiling many bottles of wine, including some of the most expensive, with an unpleasant, musty aroma.

The TCA issue prompted many wineries to switch to screwcap closures despite initial resistance from the distribution chain, which feared a consumer backlash because screwcaps had previously been used mostly for cheap wines or jug wines.

Some producers of fine wine resisted the transition and moved away from natural corks to what are described as “composite” corks made up of various materials. Now we have a different problem.

Many of the composite corks are difficult to work with and, in some cases, dangerous because of the sheer force required to extract them from the bottle. Be careful when you encounter one of these monstrosities. I’ve had the lever on the corkscrew slip off the top of the bottle and stab my hand because of the force required to simply get the cork to move a fraction of an inch. I’ve bent several of my less-sturdy corkscrews.

Extracting a cork from a bottle of wine shouldn’t be that difficult, and it definitely shouldn’t be dangerous. There are composite corks that work, permitting soft entry with the corkscrew and easy extraction, but they are few and far between.

My solution is a return to natural corks for wineries that insist on having a cork in the bottle. The cork industry has cleaned up its act and solved most of the problems that promoted the spread of TCA. At the wine competitions I oversee, we open thousands of bottles over the course of a weekend. We have seen a dramatic drop in the number of wines rejected because of TCA, from double digits at the peak of the problem to less than 1 percent today.

Wines are rated on a 100-point scale. Wines are chosen for review because they represent outstanding quality or value, and the scores are simply a measure of this reviewer’s enthusiasm for the recommended wine.

Poliziano 2019 Rosso di Montepulciano, Tuscany, Italy ($19): You wouldn’t expect to find some of Italy’s greatest values in red wine in the hallowed vineyards of Tuscany, yet there it is, the Montepulciano district that lies south of the Chianti region and east of the Montalcino district. Montepulciano hasn’t caught up to its neighbors in popularity, hence why the prices lag a bit. Poliziano is one of the finest producers from the region. The rosso is its base wine, 80 percent sangiovese and 20 percent merlot, and it has plenty of oomph. Showing notes of black cherry, plum, and spice, it’s an excellent match for grilled poultry, sausages, and red pasta sauces. While not exactly cheap, the quality far surpasses the price. Best Value. Rating: 91.

Chappellet 2017 Cabernet Sauvignon, Pritchard Hill ($250): There are a handful of Napa Valley cabernets that are deserving of iconic status, having demonstrated over decades that they are anything but a fluke of nature. Pritchard Hill is Chappellet’s contribution to the pantheon of truly great Napa Valley cab. This is the 20th anniversary for this iconic cab from the iconic 50-year-old winery located off the Silverado Trail along the eastern side of the valley. The 2017 is rich, deep, and impressive, with polished tannins despite its muscular structure; dark-fruit notes of blackberry, cassis, and blueberry; and remarkable depth and length. It’s a wine for the ages. Rating: 100.

Duckhorn 2019 Sauvignon Blanc, Napa Valley ($32): Consistently among the finest sauvignons produced in California, the 2019 Duckhorn follows in that vein, showing beautiful aromas of citrus, tropical fruit, and peach; exquisite balance; and impressive length with a subtle note of wood spice on the finish. Rating: 93.

Château Lassègue 2017 Saint-Émilion Grand Cru, Bordeaux, France ($60): Château Lassègue is a Right Bank gem operated by vignerons Pierre and Nicolas Seillan. This, the chateau’s flagship wine, is sourced from the hillsides surrounding the chateau and is undoubtedly one of the finest values in Bordeaux today. The 2017 vintage is nearly equal parts merlot and cabernet franc, with a hint of cabernet sauvignon in the blend. The nose offers a hint of violets and spice, leading to a palate that is supple and smooth, with richly layered red-fruit aromas and a subtle note of wood spice. It needs another few years in the cellar to be at its best, but it will be worth the wait. Rating: 93.

Tinto Figuero 12, 2017 Tempranillo, Ribera del Duero, Spain ($31): Though a bit pricy for a crianza (aged 12 months in barrel), it’s what’s in the bottle that counts. This is a richly layered, beautifully structured red from Ribera del Duero that is drinkable now but has the guts for the long haul. With complex aromas of blackberry, blueberry and raspberry, and a dash of sweet oak vanillin, it’s a crowd pleaser. Rating: 92.