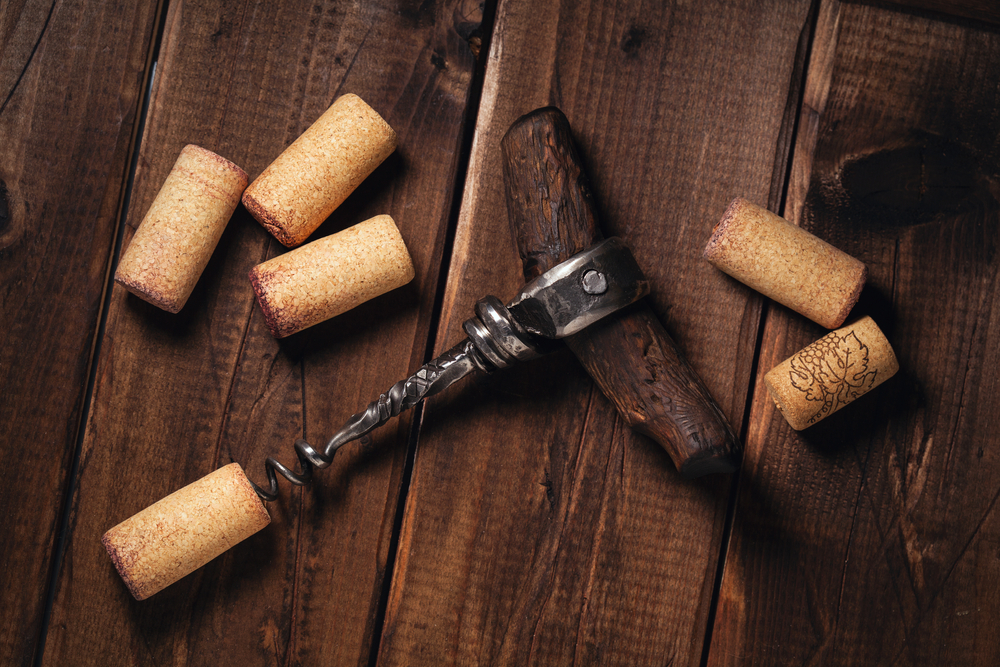 Most reputable wineries use branded corks. Very inexpensive wines often are sold with blank corks that have no brands. (Pavel_D/Shutterstock)
Food

When we buy a bottle of a famed wine, we take it on faith that it’s genuine and not a fake.

In fact, fake wine is precisely why corks began to be branded with the name of a winery as well as the vintage date.

It’s also why most reputable wineries still use branded corks. When you order a bottle of wine in a restaurant and the waiter hands you the cork, the main reason is so you can inspect it and see if the brand is the same as the one on the label.

If you order a bottle of Chateau Palmer and the cork is blank, for example, that alone is sufficient grounds for rejecting the wine. (Very inexpensive wines often are sold with blank corks that have no brands.)

Is wine fraud rampant here? No, it’s almost nonexistent. But it happens elsewhere, and often enough that it has spawned lots of discussion and several books. It often takes the form of poor-quality wine with a falsified label that indicates it’s a great wine.

And fraudulent wine practices have led to scandals (and, rarely, even deaths).

Decades ago, antifreeze was used in some Austrian wine. Another time, some wine in Italy was found to have been adulterated. In both cases, the wines were sold only locally and never made it to the United States.

One famed scandal in Burgundy involved a producer bottling wines of two different quality levels in identically labeled bottles. He was caught.

Wine scandals take many forms and have existed for hundreds of years. The assumption by most fraudsters is that only experts can tell a great wine from an impostor. And wine fraud flourishes to this day. There have been numerous books on the subject.

The first major book explaining wine fraud was “The Winemasters” by Nicholas Faith (1978), a terrific history of the French wine trade. That was followed by “Wine Scandal” by Fritz Hallgarten (1986), “Wine Snobbery” by Andrew Barr (1988), and “Is This the Wine You Ordered, Sir?” by Christopher Fielden (1989).

What’s interesting is that all the writers above are European. There are few books on American wine fraud because so little of it exists—or has been uncovered. Over the decades, there have been only a handful of trivial “wine scandals” in this country.

Even author Ellen Hawkes, who wrote an unauthorized biography of Ernest and Julio Gallo (“Blood and Wine,” 1993) never hinted at winemaking chicanery, even though her book did a lot of veneer-stripping.

There are many reasons the California wine industry is so free of taint. One that’s not well known is the cooperative relationship between wineries and the government agency that regulates them, the Alcohol and Tobacco Tax and Trade Bureau (TTB).

TTB gets a lot of barbs from winemakers, but most say they work closely with TTB inspectors and follow the rules. To do otherwise threatens their livelihoods. Licenses to operate are at stake.

Moreover, inspectors generally are fair-minded, not the ogres some make them out to be.

In Europe, most wine scandals are technical violations of complex regulations that mandate, among other things, how much fruit may grow in a plot of land or how long a bottle of wine must remain in the cellar before it can be sold.

Indeed, for the past several years, many European wine regions have been rewriting their wine regulations to address grievances that producers or trade groups say are hamstringing them. Some of the violations are simply because producers misread the new regulations.

By contrast, U.S. wine regulations are far simpler and thus much easier to follow.