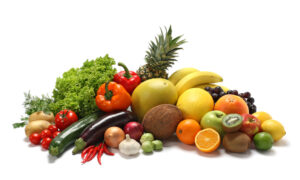 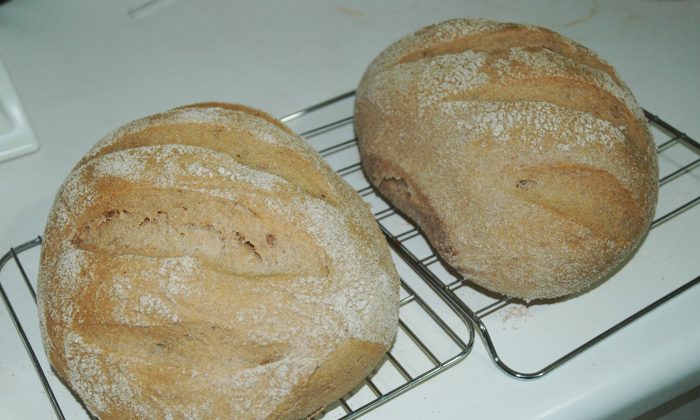 Wild Sourdough From Your Own Backyard

Whenever I see weed grasses waving their seed heads by the side of the road, it makes me hungry—for wild sourdough.

Over the past few years, I’ve cultivated sourdough from the green heads of foxtails, wild oats, ripgut brome, and even the little“propellers” of crab grass. They all made tasty sourdoughs, some more excellent than others.

I wish someone had told me I could make sourdough from my own backyard—I would have done it decades ago.

Several years ago, I discovered on the Internet that you can make “wild” sourdough by using wheat or barley grains from the store. I suppose that’s one form of “wild,” but it didn’t have that Alaska-frontier nostalgia I was looking for.

So I ordered some sourdough starters online. Then I realized, hey, don’t I have wild “grains” right here?

I ended up baking a loaf of backyard sourdough before the ones I ordered online even came in the mail. In the end, some of my wild ones won my taste test, too.

My two favorite sourdough starters came from foxtails and wild oats, though I don’t know if this can be generalized to plants found elsewhere.

The Best Method for Starting a Starter

The best method I found for culturing “wild” sourdough (from dry grains from the store) was in Debra Wink’s blog “The Pineapple Solution,” on The Fresh Loaf website. As far as I know, she pioneered the sweet+sour-juice method—her blog is very informative.

I’ve adapted her method for my backyard grains.

The traditional method for cultivating sourdough is to use plain water and flour, with an initial starter. The “starter” can also be created by using whole grain flour instead of white, since whole grains come with their own starter organisms.

For Wink’s juice method, we replace the water with a sweet-sour fruit juice such as pineapple, the juice of extra-sour oranges, or any sweet juice with some lemon juice added. Perhaps a 10–1 ratio of sweet to sour—it should taste about as sour as sour orange juice.

How the Juice Method Works

Sourdough is caused by a combination of lactobacteria and wild yeast. This combination flourishes best under an acidic environment.

As Wink said in her blog, without acid added at the beginning, other bacteria often get a foothold first, such as Leuconostocs, which produces bubbles that look like sourdough, but don’t smell right. (They’re not toxic, but they won’t raise a loaf of bread.)

Meanwhile, the sourdough organisms begin to produce acid, which slowly builds up, allowing the sourdough to grow stronger until it finally takes over the culture.

This process can take a week or more, but with Wink’s fruit-juice method, it can take as little as three days. The sweetness in the juice also speeds up the starter’s growth.

I use white flour to start with (though I go to whole wheat later) because I want to keep my source as pure as possible. White flour doesn’t have as many starter organisms as whole wheat does. Some fresh fruit can have its own organisms, too, such as grapes, which is how we get wine. Enclosed fruits like oranges are good, or pasteurized juices.

Instructions for Making the Wild Starter

Rough up the grains to disperse the sourdough organisms. At first I used a clean coffee grinder or blender to fragment them, but later I realized that snipping the heads with scissors and pressing the grains with the back of a spoon works fine.

Stir briskly until well mixed and aerated, and cover such that air can escape.

The ideal consistency, until the starter is established, is about like pancake batter, which is wetter than it will be later on. You can estimate the juice and flour amounts.

Keep the mixture warm to ensure that things go quickly and smoothly, though it usually works fine on the counter, just slower. (You’ll need it warm when you raise a loaf, though.)

For example, maybe put it in an oven with a pilot light, or in the oven near the light bulb, turned on. You can add more heat by turning the oven on and then off after a minute (set a timer). You can also set the starter in a bowl of hot water and refresh it occasionally.

Tip: If your sourdough is in the oven, tape something to the oven knob to keep yourself from accidentally turning the oven on and killing it.

Feed at least every 24 hours and as often as every three times a day or so if it’s kept warm and your schedule permits. If you want to speed things up further, you can give it a stir now and then to redistribute microorganisms and food supply.

Feed about two tablespoons of the juice mixture and white flour at each feeding.

After four feedings or so, begin to discard all but about 1/4 cup before each feeding.

When the sourdough begins to activate, you’ll see bubbles forming. You may want to keep a plate underneath at this point, for when it suddenly goes crazy. When the mixture “takes off” with vigorous bubbles, the sourdough is established. It should smell like delicious sourdough.

Now praise it enthusiastically and tell it that you’re going to start changing its diet. Switch to plain water over the next few feedings. You might see a slump in activity as it adjusts. When it’s going strong again, introduce it to whole wheat flour, if that’s your goal.

Before you go to whole wheat is a good time to strain out any remaining pieces of the original seed chaff. Feed it the water first, stir, then pour through a wire mesh strainer, then add the flour.

When the starter is happy on its new diet, begin to feed larger amounts, now using half water and half flour by weight.

Build up enough starter to make a batch of bread plus some leftover for continuing the starter. This should take only one or two feedings, depending on how much starter you have and how vigorous.

If you don’t have a scale, feed with one cup of flour for about every 2/3 cup of water. The ratio isn’t critical, especially if you’re just feeding and not baking, but you’ll want to be consistent when you bake so that you can get consistent results with your recipes and adjust accordingly.

Tip: Let the starter come up to room temperature before feeding. The lactobacillus component doesn’t grow as well when it’s cold. If this happens, feed a few times to let it catch up.

Tip: Write the days of the week on a card, put it on the fridge, and put a magnet on the day you feed your starter—you’ll know to feed again on the same day next week.

If you ever think your starter needs a boost, you can feed it several times over a few days before returning it to the fridge.

If you’ve neglected your starter for much longer than a week, it might still be savable. Spoon out and keep what looks best, letting it come to room temperature, and then feed-and-discard several times, until it is vigorous and smells good.

This is the bread I make for the family every week. Even goes good with PB&J. It uses added bread yeast for a fluffier bread. You can also make the recipe without the store-bought yeast—maybe add a little more flour or gluten because the rise time will be longer, and that will make it wetter. It still won’t be as fluffy, but it will be pure wild sourdough.

I use a gram scale because flour is difficult to measure consistently in a measuring cup, and weighing ingredients is easier than using cups.

Before beginning, feed your starter such that you have at least 2 1/2 cups, or 550g or so. Let the starter sit in a warm place for about three hours.

Tip: The longer the sourdough starter feeds before you make bread, the wetter it will become. Letting the starter sit for three hours or so seems to give a good consistency. If it seems too wet, stir in more whole wheat flour until it seems right before making the bread—it should be medium stiff but not dry.

Put all the ingredients in the breadmaker tin, or in a bowl, if kneading by hand. This recipe makes a very large loaf, so if you have a smaller breadmaker, or want a smaller loaf, you can cut it in half.

Run the breadmaker on the dough setting, or knead by hand. To allow for extra care in handling between rises, it’s good to remove it from the breadmaker after done kneading and before the rise. Place it on a pizza stone or insulated cooking sheet sprinkled heavily with whole wheat flour. (Those shakers are great.)

Roll the dough gently into a ball. Re-flour the pizza stone as needed.

Cover with a large piece of plastic wrap, loosely, but well covered. I like to tape two pieces together to make a wide square and save it to use next time.

When the bread has doubled in size (about an hour), press it down slowly and gently all over with your fist, to deflate the larger bubbles. Don’t actually “punch” the dough, which will break the gluten fibers.

Pull the bread up gently into a ball or oval, and flip it over—flour side up, wrinkle side down. Or you can cut into two and make balls, or make other shapes such as pizza crust, calzones, hoagie rolls, and so on.

The reason for the second rise is to reduce the size of the bubbles and give it finer texture and richer flavor. If short on time, one rise is fine.

With a sharp knife, cut 1/4-inch-deep decorative lines across the dough to help the bread expand.

Cover and let the bread double in size again. It should feel very soft and light when you touch it.

Remove the plastic wrap carefully and cook at 350 degrees F for 35 minutes or until done.

Cool on a rack.