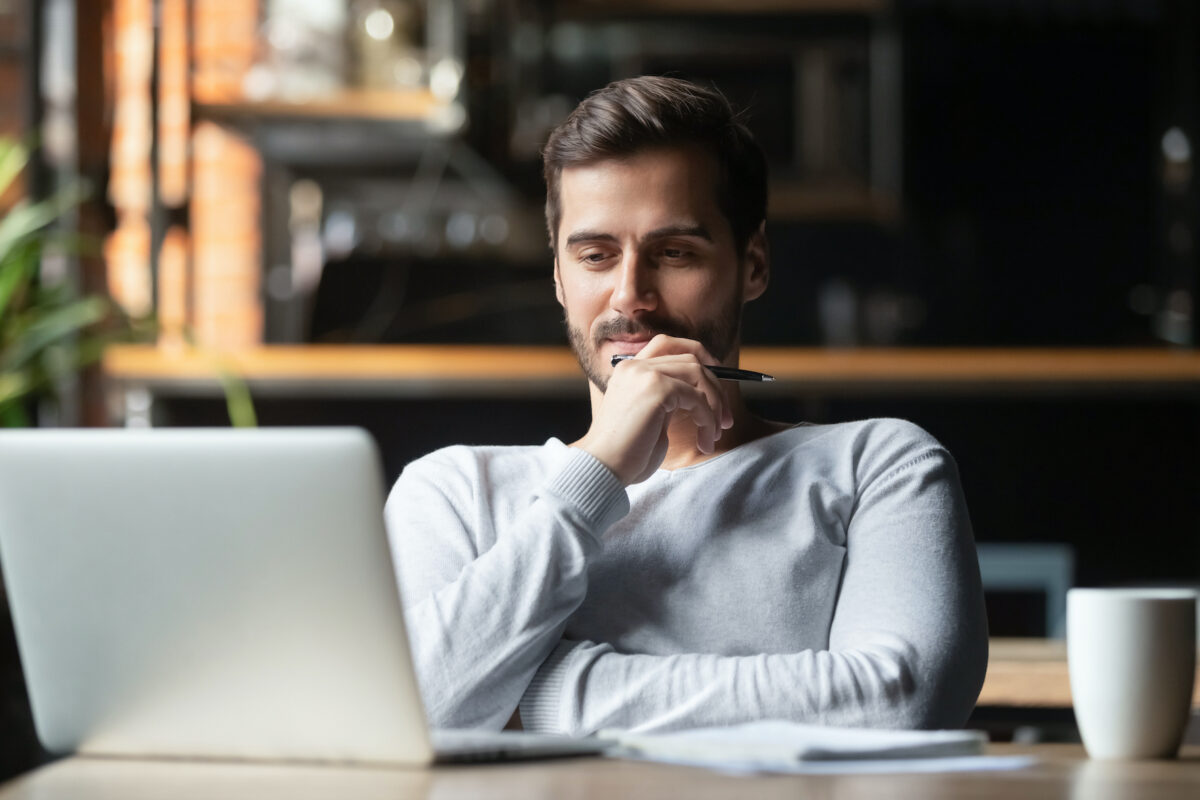 Imagining our ideal future life can give us the inspiration to take steps toward it.(fizkes/Shutterstock)
Family & Education

Why Your Son Should Reconsider College

A young friend of mine is in his last year of high school and asking the age-old “what do I do with my life” question. Most average high school seniors would be settling on their final liberal arts college choice right now—more concerned about the climbing wall in the student center and the cafeteria entrees than the degree in sociology that they’re about to fork out tens of thousands of dollars for. But not this young man. He is almost certain that he will be going to trade school next year at the Minnesota-based Dunwoody College of Technology.

“Oh,” I can almost hear you say in a dejected tone. “What’s his problem? Isn’t he smart enough to get into real college?”

Au contraire! This young man is very intelligent, polite, and capable—he could have easily chosen to attend a prestigious college. But I would contend that his trade school choice shows that he’s smarter than most kids his age, for he knows which way the wind is blowing, and has decided that trade school is the best way to get his feet solidly under him while he’s still in his young twenties.

So why is trade school looking like an increasingly smart idea for young men like my friend to choose over college? Several possibilities come to mind.

For starters, trade school offers various securities, the most obvious being financial. If my young friend were to graduate from Dunwoody today, he would likely start a job with an average salary of almost $54,000. That average has risen by $5,000 in the last year alone. Contrast this with the average starting salary for a Minnesota college graduate. That number stands at just over $37,000 according to ZipRecruiter.

Perhaps the reason for such a higher average salary is the increasing demand for those who labor with their hands. The Baby Boomer generation has long filled the electrician, plumber, welder, and other traditional trade jobs, but with their accelerating retirement comes a dearth of blue-collar workers. “For every one person that enters the trades, five retire,” Industrial Safety & Hygiene News reported in 2019. That statistic promises a lot of job security to young people just starting out.

Those who enter trade school also have a good shot at an independent life. Depending on the trade they learn, graduates may easily be able to start their own company. Being your own boss these days means avoiding such things as vaccine mandates threatened for big businesses. It also means you’re less likely to be canceled in our crazed, politically correct world of white-collar jobs where diversity and inclusion seminars are standard fare and where holding a door for a woman could get you labeled a sexist.

Trade school also gives students a good foundation for life. Because it often takes less time to complete than traditional college, and because hard skills are in such demand, students who choose trade school can jump into the workforce at a young age, accumulate reasonable savings, and even choose to attend college a while down the road, when their few extra years of maturity and financial stability will help them succeed.

Lastly, there’s another advantage to trade school that many prefer not to mention: it’s a form of higher education monopolized by males. This is unpopular because today’s culture is all about gender balance. Females are disadvantaged and we must give women extra help to break through the glass ceiling, the thinking goes.

But this quest seems to have hurt males immensely. In the fall of 2021, The Wall Street Journal ran a feature-length article on the rapid decline in male college enrollment. “I just feel lost,” the headline ran, a listless looking young white male with lavender fingernail polish gracing the feature image. Reading between the lines, one can guess that in the politically correct quest to fixate on women and policies such as “diversity, equity, and inclusion,” colleges have lost men, and are only realizing it too late.

Men who see through this charade of learning recognize that at least for now, trade school is less likely to handicap them right out of the gate. And for those who might sound the sexist siren, I would suggest that such a scenario is also beneficial for women, for when men are able to succeed, then they are able to lead and provide in a family setting.

People often wonder what they can do to fight against an eroding culture. I’m starting to think that sending our nation’s sons to trade school might be one positive thing that parents can do. Financially secure, independent, mature, and capable men like those who graduate from trade schools are the ones ready to lead their communities and settle down with families… and strong families and communities will go a long way toward restoring our decaying society.