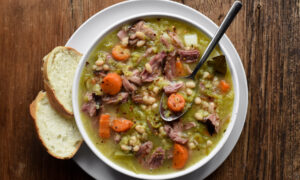 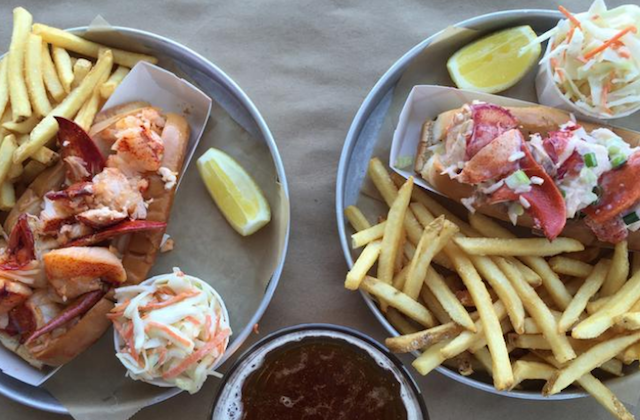 Fall is peak season for hard-shell lobster. Here’s how to buy, cook, and eat every last morsel of one, according to chef Richard Vellante
By Crystal Shi
biggersmaller
Print

Summer, often synonymous with lobster season, has long gone. But peak season stretches far into November, with fall being one of the best times of year to buy hard-shell lobsters.

These lobsters, especially abundant from mid-September to late November, are heartier and pack more meat per pound than the soft-shell ones more common in the summer months. For that reason, they’re also more expensive.

To help you make the most of your catch, Richard Vellante, a New England native and executive chef of Legal Sea Foods, shares his expertise on buying, cooking, and savoring every bit of a lobster.

The Epoch Times: What should you look for when you’re buying lobster?

Richard Vellante: When you go to the lobster tank, it’s extremely important to have the fishmonger pull a lobster up. A lively, healthy lobster will have its claws out wide; it’ll actually bring them up and expand them. It’s trying to make itself look big. Its tail should flap or curl tightly underneath; if it just hangs there, you know it’s not the lobster you want. You want it to be spicy.

It’s also important to look for any type of gouges or divots in it. Sometimes, you’ll see that lobsters have injuries, it’ll be missing a part of the claw … something to look for.

Here’s a little-known trick: I like to look for a lobster that has long tentacles. Lobsters nip at each other in the tank—that’s why they have the bands on them—so sometimes, if a lobster’s been in the tank for a long period of time, its tentacles are short and nubby.

When you get it from the fishmonger, even if you’re just going a short distance, it’s good to wrap it in a heavy duty plastic bag and put a little ice bag in there. I think it’s best to cook it that day. If you need to wait one more day, ask for some rockweed to put in with the lobster to keep it moist; if they don’t have rockweed, you can wrap it with some moist meat paper. Poke some holes in the bag so air comes in, or leave the bag open, and keep it in the coolest part of your refrigerator.

The Epoch Times: What’s your favorite way to cook lobster?

Mr. Vellante: I don’t have one favorite. It’s like my children; I love all the ways to cook lobster. It’s very versatile.

One way I like to enjoy lobster is to put a little bit of beer in the bottom of a pot, maybe a slice of lemon, maybe some Old Bay seasoning, and then steam the lobster that way. It doesn’t immerse totally in the water. The other way I like is to grill it—it chars the shell, the meat, and it creates a different flavor. There’s some burnt edges … it’s almost caramelized. Sometimes, I oil a regular paper bag and a lobster in there with shellfish, close the bag, and bake it. It steams itself in the oven.

I’ve even seen people microwave it. They put lobster in a microwavable Ziploc bag, put a little water and a little lemon in there, and just microwave it, seven minutes for a pound. I have tried it; surprisingly, it does come out really well.

The Epoch Times: What are some parts of the lobster that are often overlooked, and how can you get the most out of them?

The body: Some of the tastiest and most tender meat is contained in the lobster’s body. Hold the body with the eyes facing down and pull on both sides of the shell where the body cavity opens. The upper part of the shell will break off, and you’ll be left with sweet-tasting meat between the cartilage. This is where it departs from many people—a lot of people will throw away that part, I personally like it. You can eat the tomalley (the digestive gland), you can eat the roe (the eggs).

The legs: You can also take the legs and roll them with a bottle or a pepper mill, from one side to the other, open side. It pushes the meat all the way out of the leg. The other way, as I remember from my childhood, is to bite one end and nibble down all the way to the end. You get this real lobster flavor. You’ll get some of the shell, but you’ll get the flavor out of it.

The Epoch Times: How did you perfect your lobster-eating technique?

Mr. Vellante: I was fortunate enough to grow up in New England, where at a young age, lobster is introduced to you. You’re always taught how to do it, but it’s also trial and error. There are certain guidelines, but it doesn’t mean that you don’t have your own style. I’ve seen other people who would use kitchen shears and open a lobster like that—cut up the claw, cut up the tail. I just like to get my hands dirty and get at it.

I would also say to wear an apron or a bib. The lobster juice flies everywhere, shells fly, things happen … But that’s why I like it. You feel like you worked for your food, and it’s a good feeling.

People all eat lobster differently. Some people eat it as they go, while some like to build this lobster-out-of-the-shell and then dip it into the butter. I like to make it into a lobster roll, personally. The warm buttery bun with the cool lobster—it’s so good.

Lightly brush both sides of rolls with butter.

Place on griddle and grill both sides until golden brown.

Line each roll with a leaf of lettuce.

Coddle eggs: Place eggs into a small pot of boiling water for exactly 1 minute. Remove and plunge in ice water to cool.

Combine the two oils and reserve. Turn on food processor and very slowly add oils to create an emulsion.

Gently fold all ingredients together.