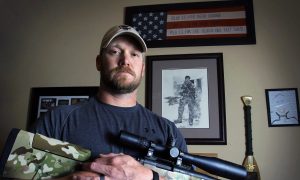 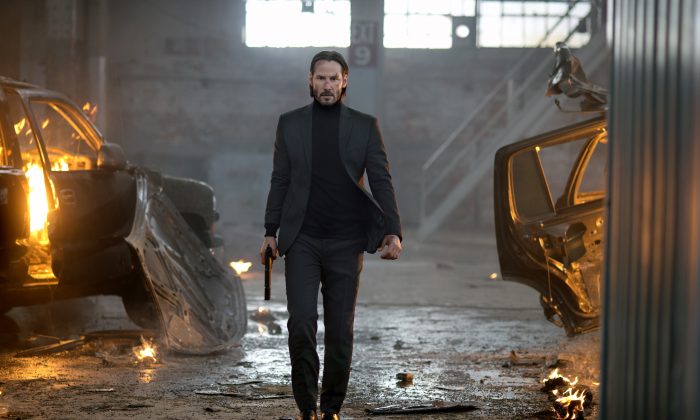 Why We Like Movies About Reformed Assassins So Much

Hollywood movies are seeing the rise of the “morally reformed” black-ops agent lately. The quotation marks mean it’s a relative concept—we’re not talking about priests here.

Not that there aren’t a lot of standard cold-blooded assassin and hit-man tales; a Google search immediately turns up 75 of them. Not to mention the current, popular video game called “Assassins.”

We have a fascination with human killing-machines—the sheer destructive force. After all, what is the hugely popular “Terminator” but a time-traveling, mechanized assassin? When Ah-nuld said “I’ll be baaack” in 1984, he wasn’t kidding. It was a good movie, but nobody expected he’d be back, 31 years later, in IMAX and 3-D.

Ultimately, it’s more uplifting to hear stories of true warriors and reformed killers, as opposed to cold-blooded ones.

However, it’s the current societal preoccupation with another community that also specializes in termination—special forces military operators—that has upgraded the cold-blooded assassin to the “morally reformed” assassin story.

Fork in the Road

Killing is the name of the game for special forces operators and assassins alike. But ultimately, a great many of the men in the special operations forces community are morally superior men, and we’ve been getting an understanding of that inner code in films like “Act of Valor,” “Lone Survivor,” and “American Sniper.”

To quote former U.S. Navy SEAL Brandon Webb, who more or less single-handedly revamped the entire SEAL sniper course, and who describes his fellow friends and teammates in his latest book thusly: “All three of them had such kind, generous natures. ‘Sensitive’ may not be a word you expect in a description of the nation’s deadliest war fighters. But there it is.”

Ultimately, it’s more uplifting to hear stories of true warriors and reformed killers, as opposed to cold-blooded ones.

But what’s the attraction to the concept of an incredibly lethal man? It has to do with the fact that the spec-ops and black-ops professions showcase the most concentrated, distilled essence of the warrior archetype, and modern men (and women) thirst for knowledge of the true warrior ethos.

What’s the real story that’s trying to be told? What constitutes a warrior? The archetypes of the mature masculine are under scrutiny in today’s culture.

One hundred men, from all walks of life, meet as strangers on a Friday evening, and by Sunday afternoon they’re all brothers.

The modern, international men’s movement, especially the mythopoetic men’s movement, which began in the 1980s, spurred into existence largely by feminism as it existed in the 1970s, defines four quadrants of the mature male psyche—the warrior, king, lover, and magician.

Many have lover, although the compassionate, selfless side of the lover is starting to go missing due to the proliferation of the present-day selfie mentality. Modern culture and technology are profoundly isolating and self-centering young men.

However, most are missing a healthy inner warrior (more on warrior later). And king—the ability to lead, command a kingdom, nurture, rule with benevolence, and give blessings—is missing most of all.

The Manhood Rite of Passage

American men up until recently had largely lost access to the birthright of all males, namely, the classic boyhood-to-manhood rite of passage that’s existed in tribal communities, the world over, since the dawn of humans. The current paltry remnants are the bar mitzvah and high school sports. But not everyone is Jewish, and not everyone’s a jock.

Because 1960s and ’70s feminism had successfully convinced men that the sensitive male was more sexually attractive to women (as opposed to the uptight, pedantic, patriarchal, emotionally illiterate, hat-wearing, briefcase-toting, mildly misogynistic, 1950s-style male), men subconsciously halted their archetypal mature-male psychic growth cycle. They no longer remembered or understood the process and its profound necessity in a healthy society.

This worked, for a time, as a counterbalance. Women became more masculine; men became more feminine. However, women soon became disgusted with the resultant, living-in-mommy’s-basement, slacker man-child, who couldn’t and wouldn’t pick up the check, didn’t know the meaning of the word chivalrous, and cried too much.

Where did the real men go, the world’s women demanded to know? At which time the male community finally woke up and rediscovered some ancient truths, namely—women cannot teach boys and men, to be men.

Only men can teach manhood to boys and men. And so the male rite of passage is returning, in conscious form, to modern culture, and with it, the rebalancing of the quadrants.

The tip of the mythopoetic men’s movement spear is the nonprofit Mankind Project’s “New Warrior Training Adventure,” and many of these events take place every weekend, all across the United States, Canada, Great Britain, Australia, New Zealand, France, and Germany.

One hundred men, from all walks of life—doctors, lawyers, farmers, teachers, ex-cons, bikers, former and active-duty military, construction workers, Hasidic rabbis—all races, religions, shapes, and sizes—meet as strangers on a Friday evening, and by Sunday afternoon they’re all brothers.

And not in a shallow “bromance” way, but in a deeply healing, tribal, communal sense that hasn’t been experienced by men since the times when they were hunters, warriors, heroes, and elders in tribal life.

The special operator military community already knows how some of this works. But I personally heard an active-duty Navy SEAL say of the New Warrior Training Adventure: “This NWTA is as tightly organized, challenging, and rewarding as any military operation I’ve ever participated in. I’m a SEAL; I can swim 60 feet down in the pitch-black ocean with great white sharks. It doesn’t faze me. But this? This scared the [expletive omitted] out of me.”

The physical challenges scare the rabbis; they need to grow their warrior. The emotional-literacy component scares the stoic spec-ops warriors; they need to work on their openness and learn to drop their guard around other men (king, lover). Everyone is challenged to face their fears, and everyone has fears. Men are reclaiming their inner warrior, balancing their quadrants, upgrading, and learning about the sacred masculine. The wives, girlfriends, and children who attend the graduations are across-the-board ecstatic about the results.

It’s safe to say that women, especially with nesting and children in mind, look for these qualities in men. Many women would like to find a man with whom they could walk down a dark alley in a dangerous neighborhood and feel supremely safe. Of course, some women prefer to get a black belt in Krav Maga and feel that way with or without a man.

But this is why the morally reformed assassin story is so popular these days.

What’s so intriguing about “The Bourne Identity” is the fact that the character of Jason Bourne has powerful amnesia. He can’t remember who he was, but he discovers he has a jaw-droppingly impressive set of warrior skills, and has no idea where he learned them. When he discovers he was previously an assassin, his true self is mortified.

These characters are all formerly (and currently) unstoppable, lethal men who can impose their wills on most highly dangerous situations. You mess with them, you get dead quick.

But these men have undergone inner transformations. Mortensen’s Tom Stall spent a long time drifting in the desert, finding his true self. Jason Bourne contacts his true self by inadvertently overriding the memory of his lethal self. Washington’s Robert McCall safeguards a young, vulnerable prostitute. Neeson’s Bryan Mills rescues his daughter.

They’ve got moral codes now. But they can still access … the Wild Man, or warrior. And we enjoy very much that they can access the Wild Man. We’ll watch that all day long.

The German (Brothers Grimm) fairy tale of “Iron John,” and poet Robert Bly’s book of the same name, is the basis of the mythopoetic men’s movement. Iron John is a giant Wild Man, covered in red hair, who lives at the bottom of a pond that the king’s son plays near. One day, the prince’s golden ball falls in the pond.

The king’s men drain the pond, discover Iron John, and lock him in a cage. Problem is, he’s got the prince’s golden ball. The ball stands for our perfect, golden childhoods, and our potential.

How does a grown man get his gold back? He has to access his inner wildness—his warrior. How? He must stop being the good little boy his mommy taught him to be. He must move out of the house of the mother, into the house of the father (and then into his own house). And he must steal the key to the Wild Man’s cage from where it’s hidden—under his mother’s pillow.

This is why, in tribal life, the male elders, uncles, and tribesmen had to literally rip the boy out of his mother’s arms and hustle him off to the wilderness, to teach him to become a man. Back then, women knew this was necessary and played along, shrieking, wailing, and gnashing their teeth (and rolling their eyes).

However, in those tribes where becoming a man incorporated a do-or-die ordeal, such as the Masai tribe’s stipulation that a slender 135-pound 16-year-old boy kill an 800-pound adult male African lion with a thin spear, the mothers were truly distraught. Because they knew, one way or another, they’d never see their little boys again. Their sons would either return as powerful men with faces set in stone—or not return at all.

We civilians generally don’t condone the dagger aspect of the cloak-and-dagger spy milieu—assassination. We know assassins exist. We know James Bond is licensed to kill. But in real life, we don’t like to think about it.

But like Jack Nicholson’s Marine Corps Colonel’s line in “A Few Good Men”—”You don’t want the truth, because deep down, in places you don’t talk about at parties, you want me on that wall, you need me on that wall.”

Or a quote attributed to author George Orwell: “We sleep peacefully in our beds because rough men stand by to visit violence on those that would do us harm.”

Do we really need spies and assassins? Will they exist in the future? That’s a different essay. This is about the fact that what’s drawing us to stories about these dark men is the true quality of the principled warrior hiding at the bottom of the pond. It’s the redeeming quality of the true warrior and the moral code that we really want to hear about.