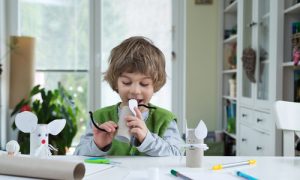 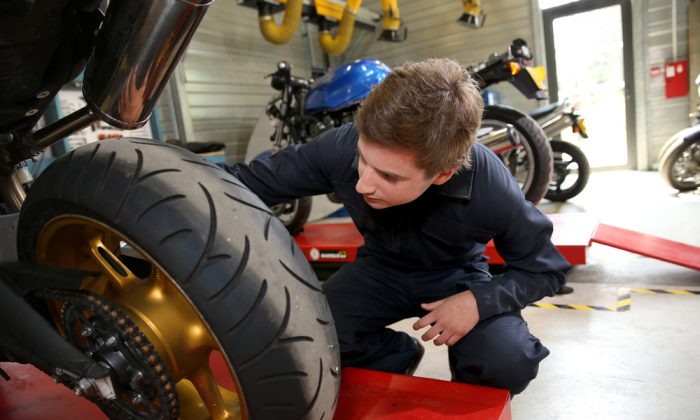 There is a rising interest in allowing teens to work in various job settings for high school credit. (Shutterstock)
Family & Home

One of the hallmarks of modern America is the tendency toward prolonged childhood.

While it used to be the norm to enter the adult working world by one’s mid- to late-teens, students now extend their preparation for career well into their 20s (and sometimes beyond), enabled by parents who act as their caretakers, education experts who insist that they get as much classroom education as possible, and a government that encourages them to stay on the family health plan until age 26.

Many Americans seem tired of this prolonged childhood and are longing for the days when young people were ready and willing to provide for themselves by the time they finished high school. The question is, how can American young people break out of this mold?

One solution that seems to be simmering beneath the surface is the rising interest in allowing teens to work in various job settings for high school credit. As a recent article in The Hechinger Report explains, that option is one that is being expanded in Vermont high schools.

The interesting thing about Vermont’s work-based learning program is that the high school credit it offers isn’t just for fluff experiences such as basket-weaving, nor are the job settings limited to those in traditional manufacturing trades. Instead, they provide math and science credits to students working with engineers, economics credits to those working in the financial sector, and English credits to those writing under the supervision of music critics:

“Before students can earn academic credit, they must complete a final project, which is then assessed by a highly qualified teacher in that content area. [Program overseer Rachael] Potts said students have written papers, designed structural models, or created business plans for their projects.”

In other words, students get to see firsthand how the various lectures, math problems, and other bits of information they have learned in the classroom apply in the real world. Additionally, such scenarios appear to help students mature into adults who have a greater excitement for learning and a desire to be strong and ambitious workers, a fact to which 17-year-old Silas Woods can attest:

“Honestly, if you get the ball rolling way earlier, it’d be way easier for you as you go through life,” Woods said. “Every kid wants to find that job that they can just wake up and be stoked for in the morning, which is my main goal right now,” he added. “I look forward to waking up and going to work.”

Such a work ethic was once a main characteristic of young people in America. In fact, one might even argue that it was one that defined the American founders, many of whom charged into higher learning and business at ages at which today’s young people are first exploring the halls of their high school.

Would we see the maturity and adulthood Americans are longing for if more schools allowed students to start their careers early and double up learning with life in the adult working world?