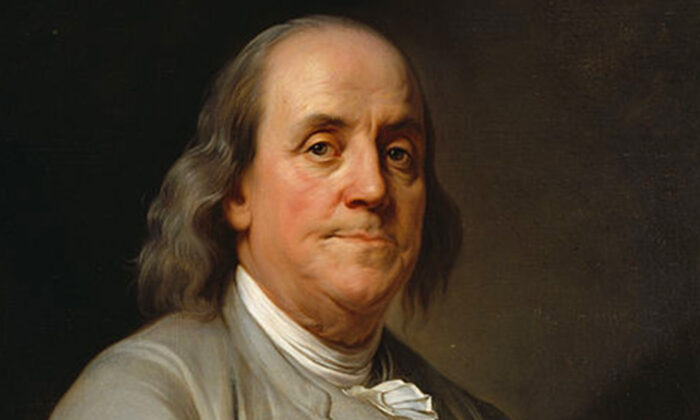 Why Fathers Matter: 3 Things Benjamin Franklin’s Father Did to Raise Him to Greatness

How is it possible for a very young man, 16 years of age, to strike it on his own with nothing but 4 rolls of bread, 2 shillings (25 cents), and the clothes on his back and end up the successful owner of a chain of printing houses, a diplomat to kings, and contributor in the writing of the American Declaration of Independence?

Good fathering was what provided the foundation for Benjamin Franklin to achieve all these things and much more.

The world today is a far cry from how it was in the 1700s in terms of the state of family values. From the 1960s, the rate of unwed mothers spiked from just 5 percent in 1960 to 41 percent in 2015, according to a national statistics report by the Center for Disease Control and Prevention.

But does it really make any difference in terms of the quality of parenting? Before we hear what Benjamin Franklin has to say on the matter, here are a few quotes along with some supporting data.

Larry Elder said in an article to Prager University:

Now that we see why fathers matter in today’s world, here’s why Benjamin Franklin’s own father mattered to him. What good guidance did his father provide that allowed young Franklin to become the world-famous inventor of the lightning rod and so much more?

Like many fathers today, Ben’s father, Josiah Franklin, prepared his son for adulthood in the real world. Though there are probably countless other ways in which Josiah did so, here are three anecdotal examples from Ben’s own autobiography:

1. He Helped His Son With Homework

Young Benjamin showed a talent for writing from a very early age, a talent that would take him to the heights of writing one of the republic’s greatest documents. He worked in a printshop with his older brother for a time and often liked to try his hand at writing. Upon reading young Ben’s handiwork, Josiah offered constructive criticism to help improve his son’s writing. Ben recounted:

Three or four letters of a side had passed, when my father happened to find my papers and read them. Without entering into the discussion, he took occasion to talk to me about the manner of my writing; observed that, though I had the advantage of my antagonist in correct spelling and pointing (which I owed to the printing-house), I fell far short in elegance of expression, in method, and in perspicuity, of which he convinced me by several instances. I saw the justice of his remarks, and thence grew more attentive to the manner in writing, and determined to endeavor at improvement.

2. He Educated Him About Life and Instilled Good Values

Rather than dictate lengthy lectures in an abstruse way, Josiah allowed his children to sit in on the various discussions he had with community members, a style of discourse not unlike that of Socrates, who taught his disciples through dialogue—perhaps that’s what the well-respected father had in mind all along. He provided the values and good sense Ben would need to navigate the adult world later in life. Ben recounted:

But I remember well his being frequently visited by leading people, who consulted him for his opinion in affairs of the town or of the church he belonged to, and showed a good deal of respect for his judgment and advice. He was also much consulted by private persons about their affairs when any difficulty occurred, and frequently chosen an arbitrator between contending parties. At his table he liked to have, as often as he could, some sensible friend or neighbor to converse with and always took care to start some ingenious or useful topic for discourse, which might tend to improve the minds of his children. By this means he turned our attention to what was good, just, and prudent in the conduct of life; and little or no notice was ever taken of what related to the victuals on the table, weather it was well or ill dressed, in or out of season, of good or bad flavor, preferable or inferior to this or that other thing of the kind, so that I was brought up in such a perfect inattention to those matters as to be quite indifferent what kind of food was set before me, and so unobservant of it that to this day if I am asked I can scarce tell a few hours after dinner what I dined upon. This Has been a convenience to me in traveling, where my companions have been sometimes very unhappy for want of a suitable gratification of their more delicate, because better instructed, tastes and appetites.

3. He Helped His Son Prepare for a Future Career

Josiah, a tallow chandler (candle maker) by trade, detected Ben’s distaste for joining the family business. So, he performed his due diligence as a father by introducing his son to various trades available in those days. This also fostered Ben’s handiness at performing small home jobs—a lesson that should be all fathers’ obligation to teach. Young Franklin recounted:

But my dislike to the [tallow-chandler] trade continuing, my father was under apprehensions that if he did not find one for me more agreeable l should break away and get to sea, as his son Joisah had done, to his great vexation. He therefore sometimes took me to walk with him, and see joiners, bricklayers, turners, braziers, etc., at their work, that he might observe my inclination, and endeavor to fix it on some trade or other on land. It has ever since been a pleasure to me to see good workmen handle their tools; and it has been useful to me, having learnt so much by it as to be able to do little jobs myself in my house when a workman could not readily be got, and to construct little machines for my experiments, while the intention of making the experiment was fresh and warm in my mind.

This quest for a career eventually led Ben to learn the printing trade, become the famous writer that he was, succeed in business, and invent the lightning rod—all accomplishments to which we owe our way of life to this day.