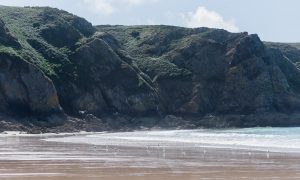 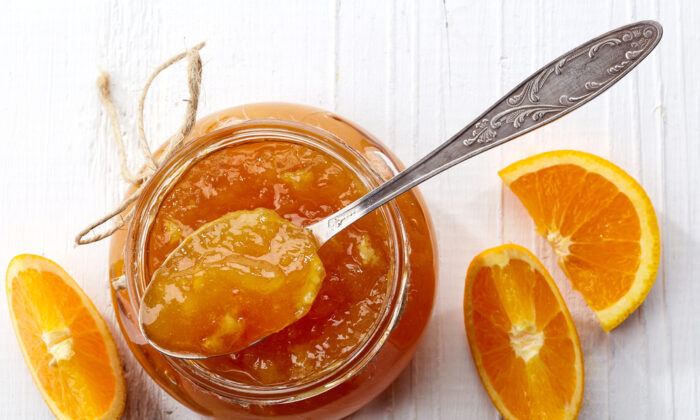 Marmalade is as delightful a treat as its name suggests. (baibaz/Shutterstock)
Food & Dining

Why Every Home Should Have a Marmalade Day

My favorite book series as a child was “Paddington Bear.” I loved following the humorous misadventures and happenstances of the fluffy, adorable bear, but most of all I adored—and resonated with—his love of marmalade. “Paddington Bear” was the reason I began to spread my toast with the thick, orange preserves each morning, taking bites between big gulps of English tea. A jar of the warm, amber-colored spread has been a pantry staple my whole life.

Marmalade—not jam—I had to remind my bemused husband early on in our marriage, when he came home from the grocery store with a jar of apricot jam, thinking it was the same thing. The two, I passionately declared, are not the same. Jam is made with the juices and pulp of a fruit; marmalade is made specifically with whole citrus fruit, including the juices, the peel, and the rind. The result is a sweet, tangy, chunky spread that, on a fresh slice of toast, is as delightful a treat as its name suggests.

I was thrilled when the movie “Paddington” came out a few years ago. I watched my favorite talking bear from Darkest Peru on screen, his love for marmalade a major theme of the film as he builds a life and home for himself with the Brown family in London. At the end of the film, when Mrs. Brown declared that every family should have a Marmalade Day, I decided she was right.

A few weeks later, my husband and I embarked on our first Marmalade Day. Returning home from the grocery store with armfuls of Seville oranges, lemons, and white sugar, we spent an entire weekend dedicating ourselves to the art of making marmalade.

One of the earliest known recipes for marmalade is credited to Eliza Cholmondeley in 1677. Her recipe book is today located in the Cheshire Archives and Local Studies in Chester, England. Her recipe, for a “marmelet of oranges,” involves cutting all the peel from the fruit and soaking it for three or four days, to decrease the bitterness.

Like the proper way to take an English cup of tea, marmalade recipes come in endless varieties, and their specific methods make for lively debate among chefs and home enthusiasts. Marmalade can be thick-cut or thin-cut, depending on the size the orange peel is cut down to. Black marmalade has added molasses or brown sugar for flavor. A friend of mine makes a ginger marmalade that is nearly impossible to resist.

After a long hop down the rabbit hole of marmalade variations, I settled on a simple, no-fuss recipe from the Food Network for our first Marmalade Day. Convinced we would need to make the marmalade worth the effort, we quadrupled the recipe.

We sliced our oranges, peels and all, and boiled them in water in our largest stockpot until they softened. We added sugar and let the concoction simmer for hours in our cold, January kitchen, filling our kitchen with the sunny scent of oranges and steaming up our walls with sugary condensation from the pot. To this day, I occasionally still find a pale orange streak on our kitchen walls when I clean.

After four hours on the stove, we brought the marmalade to a boil, a step necessary for the sugar and pectin to combine and make the marmalade properly set. The key is to keep the temperature from exceeding 220 degrees by too much, as the marmalade will then begin to caramelize and burn. I’ve had a few batches of nearly brown marmalade due to not watching it carefully enough.

Once it had set, we canned our marmalade in sanitized 4-ounce jars. We tied the jars with ribbon and delivered them to our neighbors and friends. Even after we had delivered to everyone on our street, we still had a pile of full marmalade jars leftover.

For a whole year, we had homemade marmalade on our toast almost daily. I don’t know if it was the hours it took to make or the joy we had in making it, but I am convinced it was far better than anything store-bought.

My daughters are at an age now where they love to read about Paddington. They find it hilarious that he keeps marmalade sandwiches in his hat. Every time we have marmalade, they say enthusiastically, “Just like Paddington!”

We don’t just use marmalade on toast. It’s also good with cake or scones, and I’ve even made Marmalade thumbprint cookies, which never seem to last for long.

We’ve tweaked our marmalade recipe over the years. I’ve discovered that it actually does make a difference in the final product when you soak the peels in water beforehand. We like the tart, orangey taste of thick-cut marmalade. We’ve also stopped making so much at a time—our storage space had enough.

This year, both our daughters will be participating in Marmalade Day with us. I’ve been reading them Paddington Bear books all week to prepare. I can’t wait for them to have a taste of the warm, sticky preserves, to be able to spread marmalade on their toast each morning and know what went into making it.

I love being able to connect a family activity and food with a book they love, to make the characters they read about more dimensional. I will draw the line, though, if they ever try to carry marmalade sandwiches under their hats.