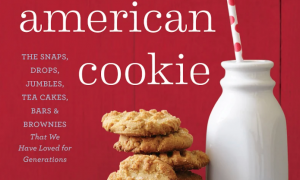 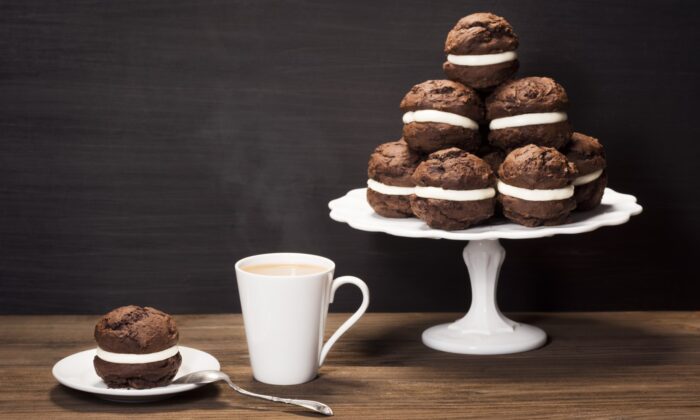 Fluffy chocolate cakes and a rich, creamy filling—what's not to love? (Viennetta/Shutterstock)
Recipes

Before I moved to Pennsylvania, I had only heard the word whoopie in relation to the mildly entertaining cushion. But in the heart of Central Pennsylvania, whoopie pies are treated as an essential part of life—or at least dessert.

Whoopie pies, two mounds of chocolate cake-like rounds sandwiched around a marshmallow cream filling, go by a variety of names: moon pies, scooter pies, gobs. Treats as versatile as they are delicious, they’ve made their way into the center of family gatherings, holiday celebrations, and even weddings.

No one is exactly sure where whoopie pies originated, but both Pennsylvania and New England will tell you it was with them.

Pennsylvanians claim that Amish wives first made whoopie pies with their leftover cake batter. Their husbands and children, upon tasting the chocolate treat, would holler, “Whoopie!” The people of Maine, however, will assure you that whoopie pies were invented by Labadie’s Bakery in 1925. Unfortunately, the bakery burned down, erasing any proof to this claim. In 2011, the state went so far as to declare whoopie pies as the Official Treat of Maine (though Blueberry Pie still holds the title of Official Dessert).

Wherever they originated, part of the reason whoopie pies have gained such popularity over the years is their portability. Because the cream frosting is in the middle, rather than the outside of the cake, whoopie pies can be wrapped and packed into lunches.

At our local farmers market every Saturday morning, you can buy a saran-wrapped whoopie pie for 90 cents, stuff it in your bag, and wait for the perfect moment to unwrap your handheld treat. My husband and brother-in-law, who grew up in Pennsylvania, like to tell me stories from their childhood about going into the woods to hunt carrying a few whoopie pies in their pockets to snack on throughout the day.

Whoopie pie ingredients can be switched in and out to reflect the season or event. Fall brides in Pennsylvania will often request pumpkin spice whoopie pies for their wedding receptions—pumpkin-flavored cake rounds with a cream cheese filling. I’ve been to Christmas parties where red velvet whoopie pies are piled high in the center of the table. At Lancaster County’s Whoopie Pie Festival, pie flavors include coffee, chocolate and peanut butter, pineapple, and even butterscotch rum.

When I finally tasted my first whoopie pie, it was on a summer evening at my in-laws’: a 10-acre spread in the heart of Central Pennsylvania. We had just finished a meal of burgers and sausages under the outdoor lights on the back patio. The sheep grazed in the pasture behind us, and my daughters and nieces took turns bringing carrots to Bella, the horse that has become significantly more friendly since grandchildren and their treats started coming around.

My mother-in-law, Lisa, is an incredibly talented cook and baker who loves people through her food. She has the rare gift of hosting a crowd and never getting flustered, of producing a plethora of good food that always seems to be exactly what you were craving. When she announced that she’d made her own version of chocolate whoopie pies for dessert, the collective cheers from her children and granddaughters gave me some insight into the validity of the cake’s name.

Lisa brought a tray of the pies out as I went inside for a glass of water. By the time I came back out, one pie remained on the tray. I grabbed it and bit in. It was like eating a homemade, fluffy Oreo: airy chocolate cake with a dense cream cheese filling, sweet and rich without being overpowering.

I could see, by the time I finished it and looked longingly at the empty tray in front of me, why states would vie for ownership of the treat. At the very least, I knew that I would be back at my mother-in-law’s the next time she made it.

These whoopie pies are made with extra fluffy chocolate cakes, thanks to the baking soda, and a rich cream cheese filling, denser than the typical marshmallow filling. The secret is to the filling is to whip the butter and cream cheese together until very fluffy.

For the Cream Cheese Filling

In a large bowl, whisk together the flour, cocoa powder, and baking soda.

In the bowl of a stand mixer, beat together the butter, sugar, egg, and vanilla extract.

In turns, add the dry ingredients and the buttermilk to the wet ingredients. Beat on medium speed until the batter is combined. The batter will be thick and tacky.

Using a medium cookie scoop, portion out 1 1/2 tablespoon (1 1/4-ounce) mounds of batter, and place 3 inches apart on parchment-lined baking sheets. Bake until the tops spring back, about 8 minutes. Allow to cool for at least an hour.

To make the filling, beat together the softened butter and cream cheese until very fluffy, about 2 minutes. Add the vanilla extract, confectioner’s sugar, and salt. Add 1 to 2 tablespoons of milk to thin, as needed, to reach desired consistency. If it gets too runny, add a little more confectioner’s sugar.

Assemble each whoopie pie by placing 2 tablespoons of cream filling in between two cake rounds to make a sandwich. Enjoy!